The Cat Lady of Kojonup

My mum’s name was Elizabeth Stancer but she was also known as the Cat Lady of Kojonup. 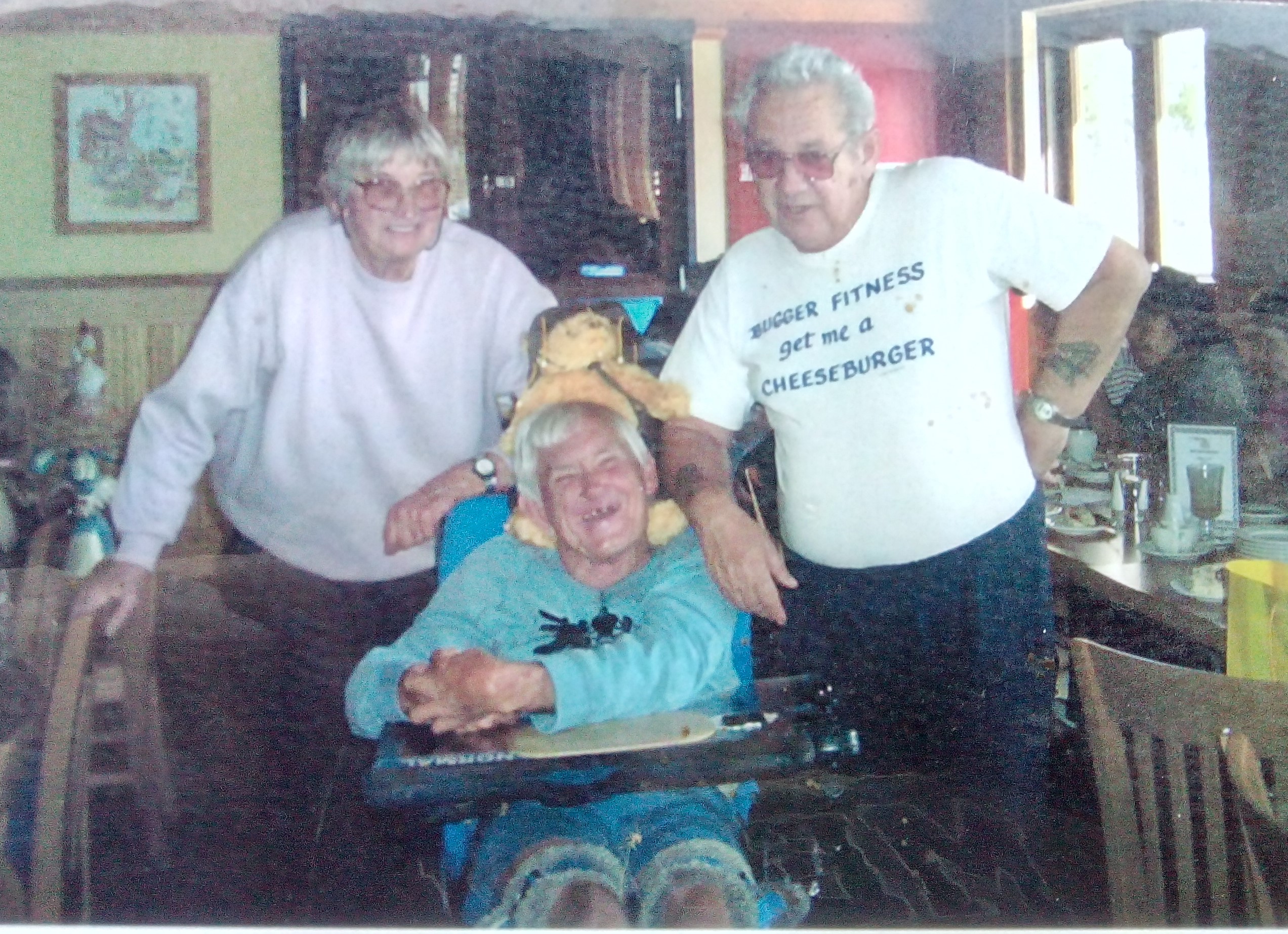 She was always helping and feeding stray cats around town. She also had chooks and would take her dog bushwalking for hours on end. Her lifelong love for the outdoors saw her join the Air Force and work as a jillaroo up north in her younger years. So when her emphysema got so bad she couldn’t even walk to her back yard, she felt like a caged animal. She became very depressed.

Dad did everything he could to lengthen the tube on her oxygen tank, but the furthest she could walk was to the verandah. It was excruciating for her to lose her independence. She had always been the epitome of life. She was zest and vibrancy and energy personified. But by the time she developed end-stage emphysema she was a shell of a woman. She struggled to breathe even when walking from the kitchen to the toilet.

Dad developed depression as a result of watching her suffer. He is still battling it to this day – nearly 12 years since she died.

Mum and dad told me they had a suicide pact should one of them get terminally ill. But when it came time for it, mum wanted dad to live on. She spent her final night at Katanning Hospital, where mum and dad both begged the nurses to help mum gain her wings.

My Uncle Lenny would have been grateful for an assisted death, too. He had a few disabilities, including cerebral palsy, but had been happily living independently in Kewdale until he was diagnosed with stomach cancer. By the time they found it he was given only six months to live. He was put on the morphine pump immediately and was bed ridden for a month until he too gained his wings. I know he was in pain every single moment of the final four weeks before his death in August 2013.

I remember seeing him pumped up to the eyeballs on morphine and crying. He begged me to help ease the pain, to put him out of his misery. I gave him a kiss and told him that if it were possible I would push that button or flick that switch. But these days morphine pumps are set up in a cage so only the nurses can access it. An alarm would have gone off if I had tried to increase his dose.

Having witnessed what mum and Uncle Lenny went through, I believe painkillers don’t do much more than dull the mind and turn people into zombies. I believe morphine takes the edge off some of the pain but it doesn’t come anywhere near stopping it.

The staff and nurses are amazing, but they can not stop their patients’ emotional or physical suffering.

If mum and Uncle Lenny had been given the option of ending their life on their own terms, they would have done it.

I doubt politicians would vote against Voluntary Assisted Dying if they had seen one of their family members suffer like this. I don’t think they could look at a loved one hooked up to a morphine pump, struggling from one moment to the next and then still go on to vote against it.

Everyone has the right to end their lives on their own terms.