Beverley Randall didn't tell her family when she was diagnosed with lung cancer because she didn't want to worry them.

She kept it a secret until her health began to deteriorate and her daughter Eleanor Marsh stepped in to help. 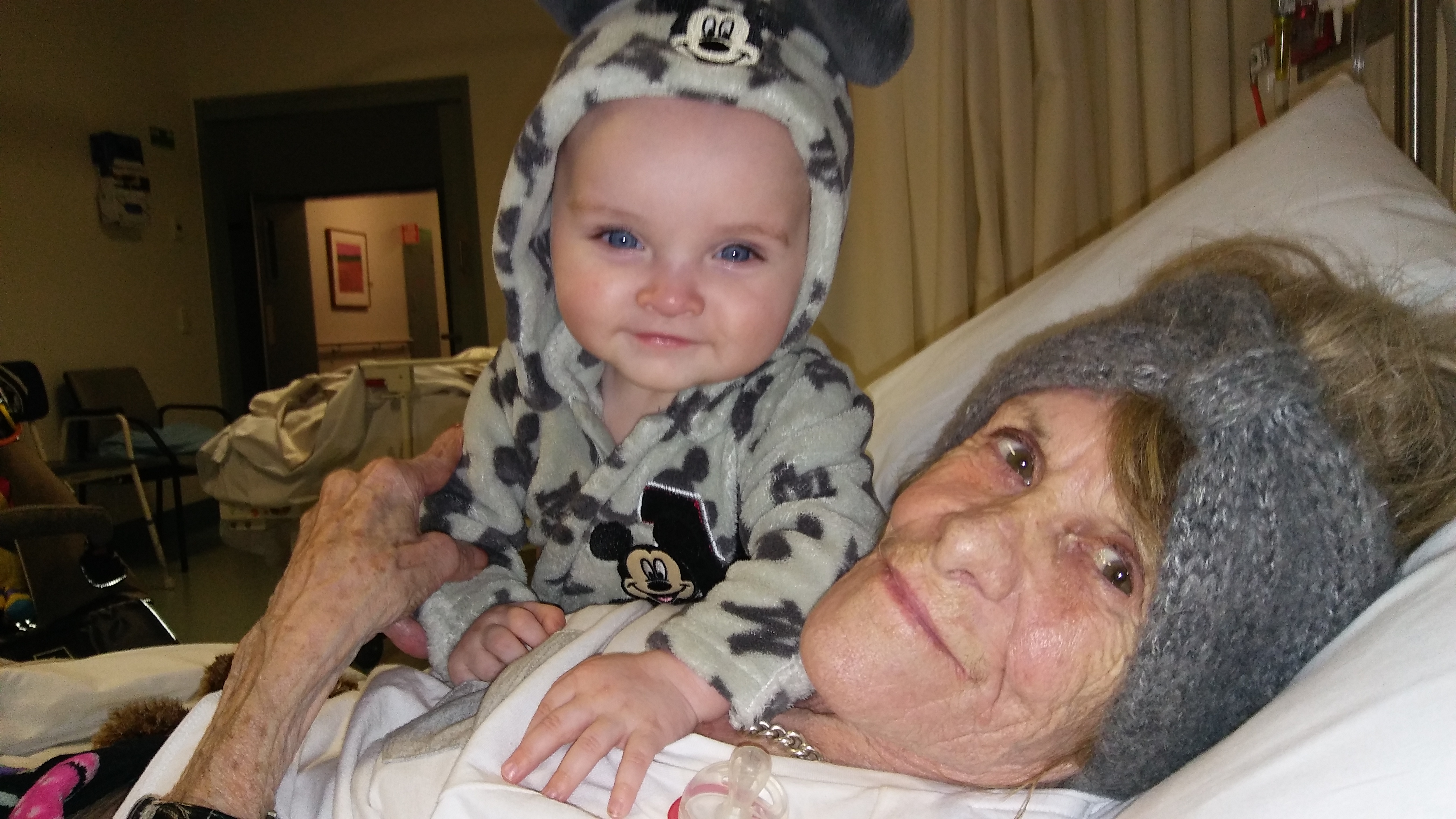 “I used to bath her with my five-month old son, as she could no longer do this anymore. She lay in bed all day, suffering, while we watched her slowly get worse.

Eleanor remembers her mother as strong, independent and caring. But Beverley's last days were harrowing.

“It was a horrible experience watching my mum go through it", Eleanor says, "I just wished I could help her.”

“She wasn't the type of person to put any pressure on anyone else to look after her. She hated relying on other people.”

The last eight days of Beverley's life were horrific for Eleanor and her brother as they witnessed their mother slowly deteriorate.

“It was the most horrifying and painful eight days of my life, and hers. I was told on the first day that she would die and it was just a matter of hours. But she didn't, she lay gasping for air on a ventilator that was forcing her lungs open.

“My brother and I were there through the eight days, and we just wanted her to pass because we could see her suffering,” she says. “She was not conscious enough to talk but conscious enough just to breathe and moan. It was horrible.”

When doctors finally removed Beverley's oxygen mask, Eleanor and her brother watched as she struggled for air. “At one point she was saying help me, help me. I gave her a drawing board so she could write down what she was saying, it was all scrambled, but I could still read it, it said "Endone", which was her daily medication that helped ease her pain. The doctors wouldn't give it to her. They had taken her off all medications, because she was dying.

“All they could do was supply her with intravenous morphine. Each dose was every two hours, and when it would wear off my mum would start moaning and her eyes would roll. It was so painful to watch.

“I know that her body had started to shut down, as there was only blood in her urine catheter. In the end, at day eight, I asked them if there was anything more they could do. The nurse came in and took off her oxygen mask, we then watched my mum painfully take her last breaths, and then giving up.

“It took about five minutes of her gasping. We watched her take her last breath.”

Eleanor says her mum endured an unnecessarily cruel and painful death. She wants the laws in Victoria to change so that those faced with terminal illness can die peacefully.

“Voluntary assisted dying should be available. No one should have to suffer like that. I wish it had have been around for my mum.”