My mother, Joan Freeth, died of breast cancer in a slow and painful death, propped up with morphine. I would have liked her to be able to go more easily without the horrific pain she suffered towards the end.

It was awful to see her suffering. She had a mastectomy for breast cancer, but it had spread to her bones.

The last two years she was in absolute agony.

She had a rather egotistical husband who complained she kept him awake at night with pain, so she moved to the upstairs bedroom. One night she needed more morphine and she was calling out to him to bring her some up because she couldn’t easily move. He couldn’t hear her and she spent the whole night in agony and I thought if she had been downstairs in their normal bed and he had moved to the upstairs bedroom it wouldn’t have been necessary. 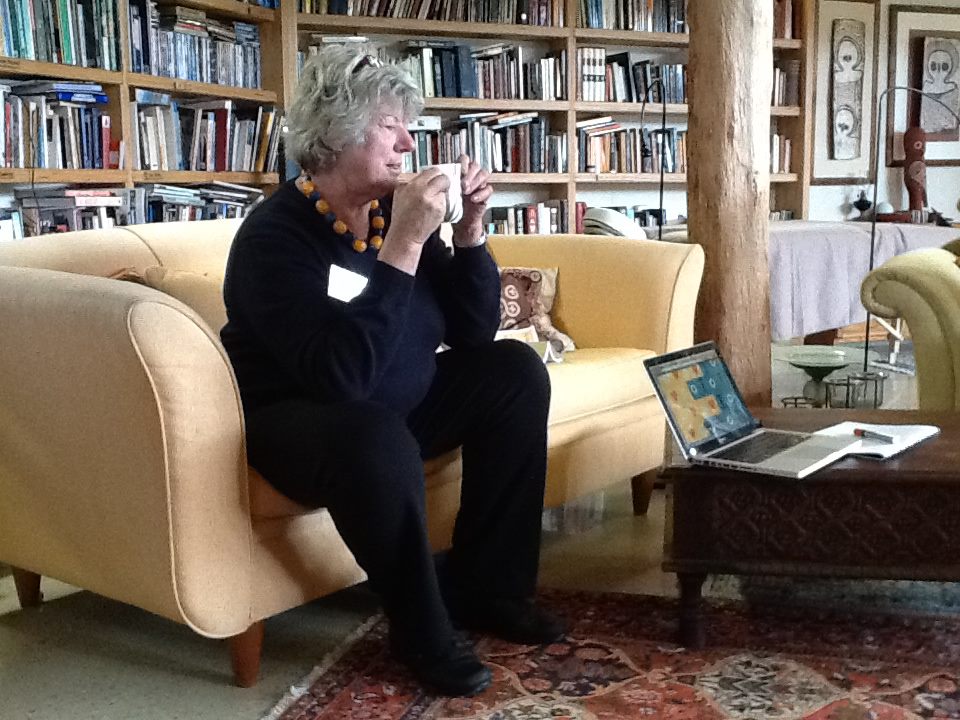 It was one of those awful lack of sensitivity things and of course I think she would have preferred to die without those awful two years in pain.

Mum was aware her condition was terminal and had been for a year before she died. That was the crazy thing about it. I don’t think she feared death, but it was the pain. It was constant pain. She was put in the respite room at the Mount Hospital but she said no, she would prefer to die at home. She was ready to die. She was 82 when she did in 1987.

At the end she slipped into a coma and was moved to a hospital room in Bethesda Hospital. He rang we three children and told us she was in a coma and it wasn’t worth going to see her. She was in there alone. I find that equally insensitive. In a coma you are often brain-aware even if you can’t move. So I went and spent her last moments with her and spoke to her, singing her the lullabies she used to sing us to sleep with, and stroking her arm, but there was no response. She was breathing with the slow death rattle breath for several hours. She was still breathing when I had to leave in the morning to go to work, and no doctors or nurses around.

I am in favour of euthanasia when it is necessary. I can’t believe doctors, especially, can allow suffering to continue when there is no point.

They need to rethink the Hippocratic oath which requires them to preserve life or at least redefine the concept of 'living'. She was not living in any real sense of the word.

I also had terminal cancer diagnosed seven years ago; stage four bowel cancer which had spread to the liver. But I have a strong will. I am determined to live until I’m 85. So that doesn’t affect me personally, but I think in principle euthanasia ought to have been an option. I’ve had a really good life. It’s been full. I’m happy. I have enough money to live comfortably on a farm for the rest of my days.

When I was diagnosed with cancer, I immediately went to Perth for surgery. A fortnight after the operation, I went over to Norfolk in the UK for my son’s wedding, feeling a little bit tired, fragile, but quite well. When I returned I had the MRI scan and to their amazement the liver cancer had completely disappeared. A psychic friend had had 30 of her friends send me reiki at a distance. Now my 'cure' has nothing to do with the surgery. It’s something to do with my not getting stressed about the possibility of dying and the reiki energy that all these people were sending me. I’m not afraid of death but if I can go on living I’d prefer that.

I’m quite enjoying getting old. I’m 75 now. Life is worth living to the absolute hilt. I potter around. I’m not as fast as I used to be. I wouldn’t think of ending my life. There is still too much to enjoy, especially my grandchildren. But if it came to it, I’d like to have the choice. Why not? It’s my body.

Life is there to be cherished and enjoyed, not endured.

I support the right to end one's life with medical support and permission.