My husband and I had been Members of Dying With Dignity (NSW) for thirty years. We had fifty years of marriage accompanied by good health, until the very end of my husband's life, and his awful death in our local hospital, over two and a half years ago, just before his 94th birthday. 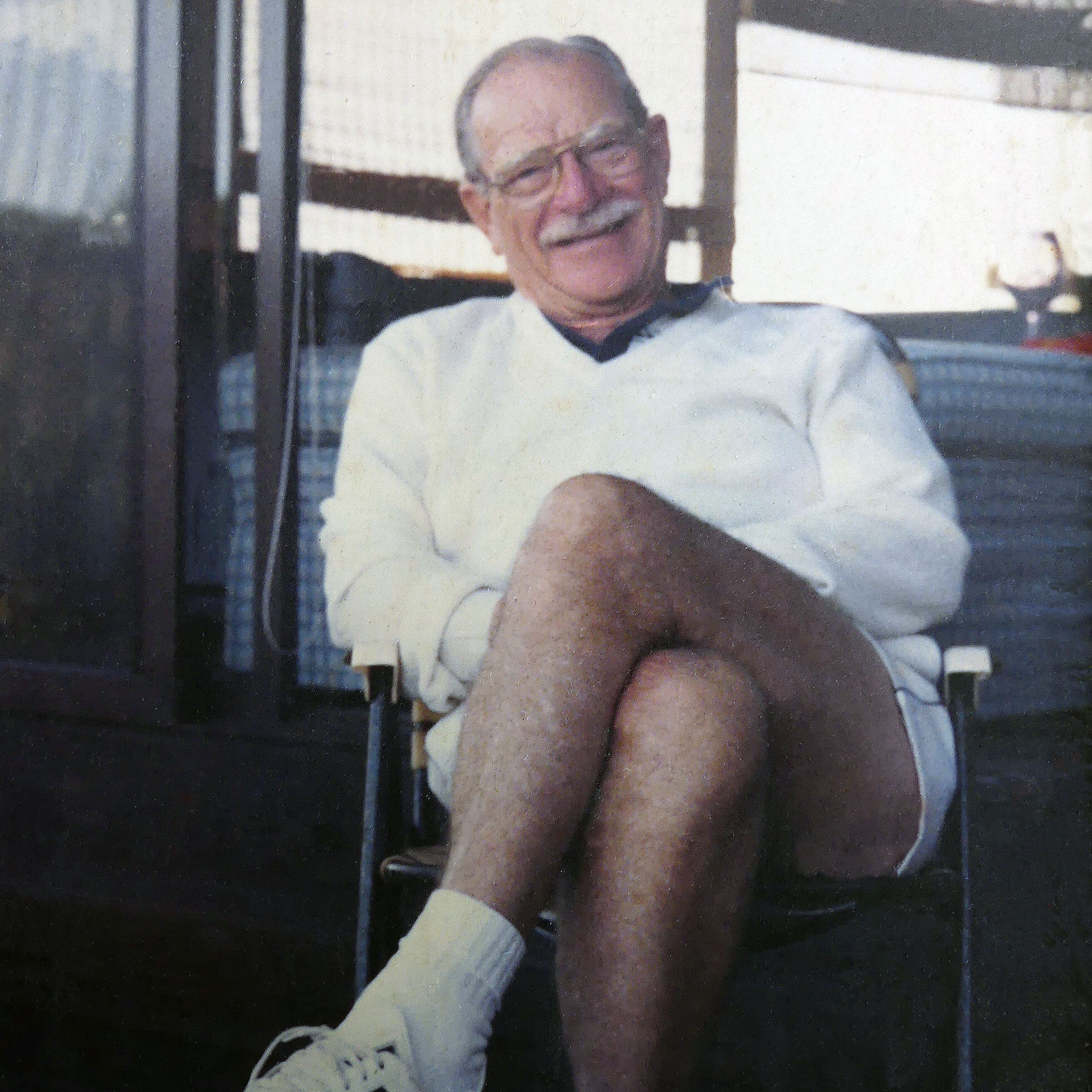 I guessed he was dying, after I was warned things were 'not good' with his lungs. He was in hospital for five and a half weeks following a broken femur and then I brought him home, with a special bed and two visits each day by visiting nurses, to bathe him and change the sheets. He had eleven days at home, before having to be admitted back into hospital as his lungs couldn't cope any more. Of course, we had hoped he'd just die at home, surrounded by familiar things and us, but, sadly, it was not to be.

I called the ambulance around midnight, on the eleventh day after his arrival home, as the nursing service had repeatedly reminded me to do, when 'his breathing became bad'. The paramedics arrived about seven minutes later, and it was just wonderful to see how my husband relaxed back onto his pillow from desperately sitting up and leaning forward to try to inhale life-giving air into his poor old lungs, when they placed the oxygen mask over his face. That made him and I feel something kind and humane was being done, whilst they were transporting him into hospital.

We thought they'd keep up that level of help. I hate to say, they did not!

I was told to try to rest and see him early next day. He would have arrived at the hospital around 1.00am. I got there around 8.30 am and he was in Emergency but breathing without a mask, in the same awful, desperate way he'd been at home!! I couldn't believe it, but my questions re a mask were told to wait, when I begged the staff to help him. My daughter had to drive for an hour and a half to reach the hospital and despite occasional attendances by nurses, his breathing was still not being helped! It was sickening to watch. I could hardly bear to look at my own husband, so frightful and sickening a sight it was.

It was long after my daughter was starting to complain, very loudly, that 'this is harrowing', repeated numerous times and with me also stating the same, in a loud voice, that finally, at around 2.45 pm he was given what he should have been given when I arrived, the Midazolam and morphine injection which they said would put him 'to sleep' in one minute. It did. I might add, he stayed like this for three days, and as I slept on a stretcher on the floor beside his bed, for the three nights before he died, which was the next afternoon.

(He'd been moved into a private ensuited room later that day. I left each morning at 4 a.m. as it was so horrible to hear two nurses using a suction machine to clear his lungs each morning of those three days. I pretended to be asleep and when they left the room, I dressed and drove the fifteen minutes home, to my two dogs).

After he was given the peace the Midazolam and morphine gave, then administered by a drip, I saw the Senior Specialist. We had quite deliberately chosen to meet this specialist - with a reference from our GP - at his rooms within that same hospital in January or February of that year, so we could tell him we both believed in Dying with Dignity when our 'time came', and that we did not have any religious affiliations which might hinder our outlook and were very active members as regards regularly attending meetings over the thirty year period of our membership, when firstly it was called Voluntary Euthanasia (NSW).

The fact that my husband died on the second day of January, 2011, after having to endure fourteen hours of utter frightening, desperate misery, fighting for life's oxygen, but not helped even with an oxygen mask and also at his great age, 93 years old, not being given help immediately, after all our exhortations, was absolutely inhumane!

It has only been the past year that my daughter and I have been able to feel emotionally strong enough to talk about this simply dreadful way of dying.

He deserved the best, too, having been a Fl. Lt. Pilot, MID, of Lancasters in Bomber Command during WW2 in England. Everyone deserves the best, at the end of their life, especially. He was a wonderful husband and father, for the fifty years of our marriage.

I have spoken to my GP about this and have an Advance Care Directive, as my husband had. But, because it is not legislated in Australia, then it is quite obviously left to the individual, all by yourself, perhaps at a time when you are unable to help yourself. My husband wrote a letter to support the Northern Territory's Right of the Terminally Ill to Die all those years ago, before Mr. Howard and his Minister, Kevin Andrews, intervened and stopped the NT from doing so, as also happened in the ACT.

I believe that what Ministers Howard and Andrews did was to impose their own beliefs onto the beliefs of the majority who voted for the Right of the Terminally Ill in the Northern Territory. A shocking action to take. We have Abortion Laws in place now, for those women who choose to terminate their pregnancies. So, we should now enshrine in Law Voluntary Euthanasia, as various countries in the world have already done.

We have always believed that the right to die is up to the individual, when ill, and/or old, and not wanting to be a burden on themselves - first and foremost - or their family, friends, let alone wasting precious space in a nursing home more suited to others, with all its rules and order of the days that must be followed, whether you like it or not! Life for some does lose its joy, when pain and illness brings dependency on others, who are so often total strangers.

No one should impose their outlook on their own lives, upon the lives of others.

It smacks of old fashioned, missionary-type zeal of 'we know what is best for you'. Patronizing rubbish! We don't, these days, try to force our religious beliefs onto others. (Or, we shouldn't).

So should we not impose our own beliefs onto others as to how long each of us should live, or how we should die. We individually want to make our own private decisions as to when to opt out of life, and at a time and date of our own choice. Just as we animal lovers/farmers have been doing for our pets, herds or wildlife. We stop their misery, knowing Veterinarians cannot help them back to an independent and decent quality of life.

The really remarkable thing about knowing that a solution is available, doesn't mean everyone is going to choose to take that step. It is simply the mental comfort of knowing it is there, it is in place, if and when you wish to access it, that keeps you from taking that final step until you know you've thought long and deeply about it, and now, really cannot take any more of life. We all will, naturally, hold onto life, as long as we can. People are remarkably resilient and hopeful. Most of us are, to the very end.

No family wants to watch their loved one die in the desperate way our wonderful husband and father had to bear. It was absolutely cruel and inhumane, for him and for us to witness, the painful memory of which will be with us to our own dying day. Hopefully, by then, may we have this kind, humane and understanding law in place, for those who choose to access it.