An overwhelming majority of Australians, Allanah MacTiernan said, wanted the right to choose to die with dignity should they face unbearable pain and suffering. 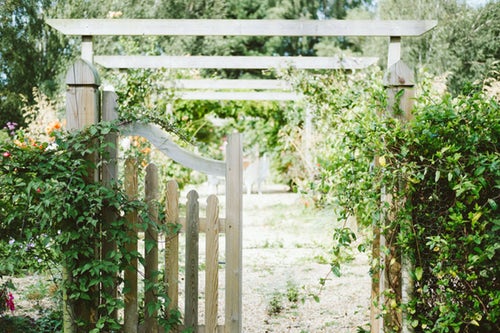 We are proposing voluntary euthanasia. In Victoria, the legislation is referred to as 'assisted dying'. We disagree with this term. We do agree with another alternative term, 'Dying With Dignity'.

Consider the circumstances in which people die.

One of our near neighbours died on his ride-on lawnmower whilst mowing his front lawn. Good way to go.

Another of our acquaintances died while he was having a cup of tea in his caravan annex whilst leaning up against the side of his caravan. According to his widow, he just slid down the wall and didn’t even spill his cup of tea. Good way to go.

Our (geographically) nearest neighbour died in the shower. His widow complained that he not only used up all the hot water, he also used up all the (bottled) gas. Good way to go. (Lucky bloke!)

Unfortunately, a majority of people die under very different conditions.

Apart from sudden accidental death, murder and suicide, a lot of people die in agony, often after artificially prolonged periods of debilitating suffering.

I watched my father being kept alive by the marvels of (then) modern medicine for many weeks after he would have died of natural causes. He was rotting away from inside. Tuberculosis had progressed to lung cancer (he had been a heavy smoker for many years) which had then spread through his lymphatic system to many other organs.

I was teaching at Mullewa at the time, but I spent every weekend at his bedside in Sir Charles Gairdner Hospital. I found myself willing (praying?) that Dad would die as soon as possible to release him from such suffering and embarrassment as a result of his loss of control of his basic bodily functions.

The last time I saw him alive, he ’messaged’, “I’ll be going home tomorrow.”

I went back to Mullewa on the Sunday afternoon, only to receive a visit from a policeman late the next night, to tell me that my father had died.

Of course, euthanasia was not even considered in those days (70s). Nevertheless, compassionate doctors and nurses have been using their discretion to ease the terminally ill into a painless death. Oops! An accidental overdose of an opioid or some other drug. Oops! Forgetting to adjust an intravenous source of nutrient to a life-supporting level. Oops! Whatever…! Always at the risk of being charged with a criminal offence.

We have seen these things happening, and we have appreciated the risks these professionals have taken.