I will fight to live as long as I can

Hi, my name is Kym Watson. On the 10th April 2014, I was diagnosed with one non-Hodgkin’s lymphoma in my neck. 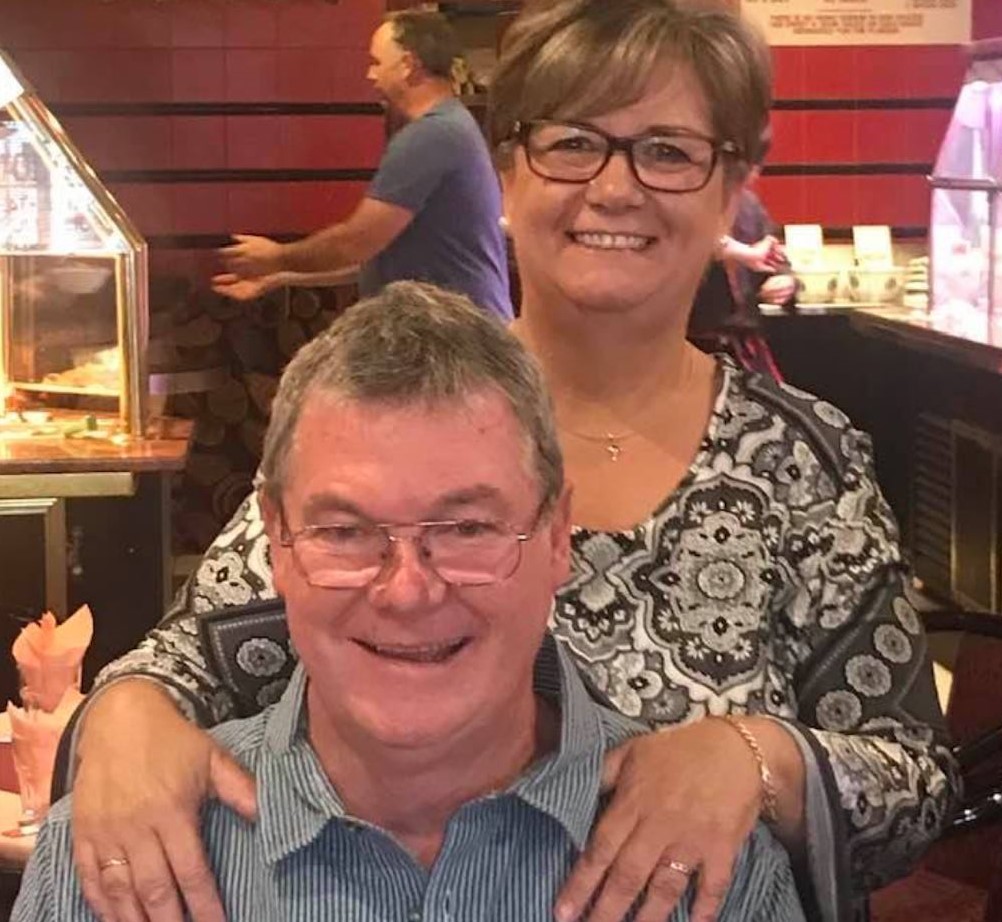 On that occasion I received radiation treatment. As the tumour was very close to the bottom of my skull, I had to wear a special mask which was hard to breathe through at first. Believe me, radiation therapy is not very nice.

Unfortunately, in August 2015 I was also diagnosed with Parkinson’s. Things just seem to be getting worse. In August 2016 I was diagnosed with another eight non-Hodgkin’s lymphomas, four below my diaphragm and four above my diaphragm. Because it got to stage three cancer, I received chemotherapy treatment between 2016 and 2017.

Things got even worse in 2018 when, on top of everything else, I was diagnosed with ischemic heart disease and asthma.

It was around that time my specialists and my local doctor started to lean towards Multiple Systems Atrophy rather than Parkinson’s.

I have been taken to hospital by ambulance five or six times in absolute agony due to different symptoms that are probably caused by Multiple Systems Atrophy.

To eat normally one of my specialist carried out a dilation procedure twice on my throat so I don’t choke.

My wife Cynthia and I have come to terms that one day one of the above will get me. The scariest one is Multiple Systems Atrophy; it’s not a nice way to die.

Back in 2016, I decided to write to the Victor Harbor Times regarding euthanasia and on Thursday, December 15th they published my article on euthanasia and the reasons why people of faith should rethink voting against it.

My wife and I are people of faith, but we know that God would never want people to suffer the way they are at the moment.

Families, hospital staff, ambulance staff, and police officers are affected when the people who are suffering take their own lives.

As you can imagine I have been in hospital and seen first hand the suffering patients and their loved ones go through, knowing that one day that will be me.

Like Cynthia and I, please support Voluntary Assisted Dying and help stop the suffering.

You’ve just heard me share the sad side of my life but I would like to finish by saying I am a glass-half-full person not half empty.

In February or March next year my first fiction novel, which is a series of three, will be published.

When I started chemotherapy, I wrote my autobiography for my two sons and grandchildren. My autobiography ended up being turned into an audiobook for the Blind Welfare Book Club at Victor Harbor and I have been invited there as a guest speaker three times in the past two years.

As always I will fight to live as long as I can. But while I am of sound mind and body I want people to know I believe voluntary assisted euthanasia should be legalised in South Australia.