“I promise you, you will not suffer at the end.” These words will resonate in my ears forever.

After delivering a death sentence of Motor Neurone Disease, these few supposedly comforting words, delivered by a Neurologist, would become the only ray of light that we could focus on amidst a bleak, dark and devastating diagnosis.  In hindsight we should have asked to have the word ‘suffering’ defined. There were a multitude of questions we could have asked and perhaps should have asked, but amidst the grief, shock and numbness, cognitive thought too is severely impacted. 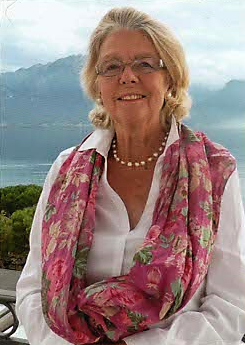 As my mother’s MND progressed we were, on several other occasions, assured that her death would be comfortable and pain free. We placed our trust, and in fact our mother’s life, in a system which only now I can say failed her dismally.

As a retired nurse and having been passionate about End of Life Care issues for many years I was only too aware of the contentious issues associated with this highly emotive topic. I can now only berate myself for not having objectively assessed mum’s situation and asked, what I now reflect upon to be crucial questions. As it was my dear beautiful mum went to Palliative Care to die. Her and our intention and understanding was that she would be cared for right up until the moment of death. And up until a few days before her death I cannot emphasise how exemplary her care was. I will remember every nurse that so gently and respectfully tended to mum.

Not for one moment did we envisage that her death would be peaceful and calm, MND is a hideous disease, but not for a second did we envisage the horrific, inhumane and tortuous death to which she would succumb.

As mum became weaker and we were forced to acknowledge that she was actually dying we met with the Palliative Care Team. An important issue I do wish to emphasise here is that upon admission to Palliative Care, mum was no longer under the care of her 2 Neurologists but the Palliative Care Specialist. Yet again we were assured that mum would not suffer in the end and that terminal sedation would provide mum with the least amount of pain and discomfort. She would supposedly be given adequate sedation to prevent any pain or associated anxiety. She would not, we were told, experience any thirst or hunger as a result of the withdrawal of fluids and nutritional supplements.  I promise you, you will not suffer at the end.

I cannot precisely remember every moment of mum’s last few days. Most probably this is a survival mechanism as what I can remember will be seared in my memory forever. Mum did suffer. She had pain, breakthrough pain, because her prescribed dose was one unable to adequately palliate her pain at all times. She managed to express to us her fear and in one of her conscious moments was able to convey to us that she wanted to be fed through her PEG tube. This was so very traumatic for all of us, many staff included. However, orders were relayed to us by equally distressed staff that we should inform mum that she was not to be fed. Why should we have been expected to inform our dying mother that we could not fulfil a dying wish? We were overwrought with distress and after a period of great torment a very upset staff member allowed us to give her a meagre amount of Milo stained water. I found and still do find this abhorrent. We had been assured that mum would be devoid of hunger and thirst but no, the dying process is not a templated one and whilst her case may have been unusual it was nevertheless real and it was happening to my mother. All that could be done was to deceive her in an attempt to pacify her. I felt like a traitor a failure to my dear mother, having to deceive this person who had never uttered a dishonest word in her life and had spent her whole life looking after and caring for others.

Mum suffered what I deem to be unnecessarily for days. Family members requested that her analgesia be increased. A request I made pleading for her analgesia to be substantially increased even if it meant hastening her obviously imminent death was directly replied to by the question “Are you asking me to kill her?”

No, I was not trying to have my mother murdered I simply wanted her tortuous pain and existential suffering to end.

Her last few days will be etched in our minds forever. Falling victim to MND was the cruellest twist of nature but helplessly watching mum suffer unnecessarily was unforgiveable. We are told that death can be peaceful and that we should not fear it but no one, even staff members, could leave her bedside unscathed. We chose not to allow young grandchildren and close friends to see mum in her final hours. Such a scene would have been too traumatic for them and we did not want them to see this beautiful, gentle and forever nurturing mother dying devoid of the dignity she should have been provided. This hideously prolonged death was visually ugly and this once beautiful, vibrant and radiant individual should not have been subjected to the haunting and unforgettable images that we were privy to. Images that I cannot and do not want to share. Mum’s death taught all that knew her that death can be something to fear and in fact be very much afraid of. Our last memories of her will be seared in our minds and etched into our memories forever. I do not think they will ever fade but hopefully we will learn to live alongside them and allow the wonderful memories of our beautiful mum to shine.

I am angry, extremely angry. We live in a city in a country which we consider to be progressive, a world leader in many fields of science, technology and communication. Yet we are unable to provide for our terminally ill a compassionate, caring and humane way to die. Faced with imminent death it should be a basic human right for a competent individual to decide the manner and timing of their death.

To end suffering when palliative care cannot is not an act of killing, it is an act of compassion and love and one that we should all aspire to. My beautiful mum did not deserve to die the way she did.

I promise you, she did suffer at the end.