Jim and Joy, my parents

My Mum and Dad, Joy and Jim Jarratt, were fit, healthy people and active all their lives. They lived in Albany and were involved community members. They loved to fish. They’d go out and catch fish all the time, off the beach and the rocks. Mum had allergies and had a special diet. Catching her own fish was the only way she knew what she got was okay for her. They kept fishing until virtually they couldn’t, which was in the last year or six months of their lives. 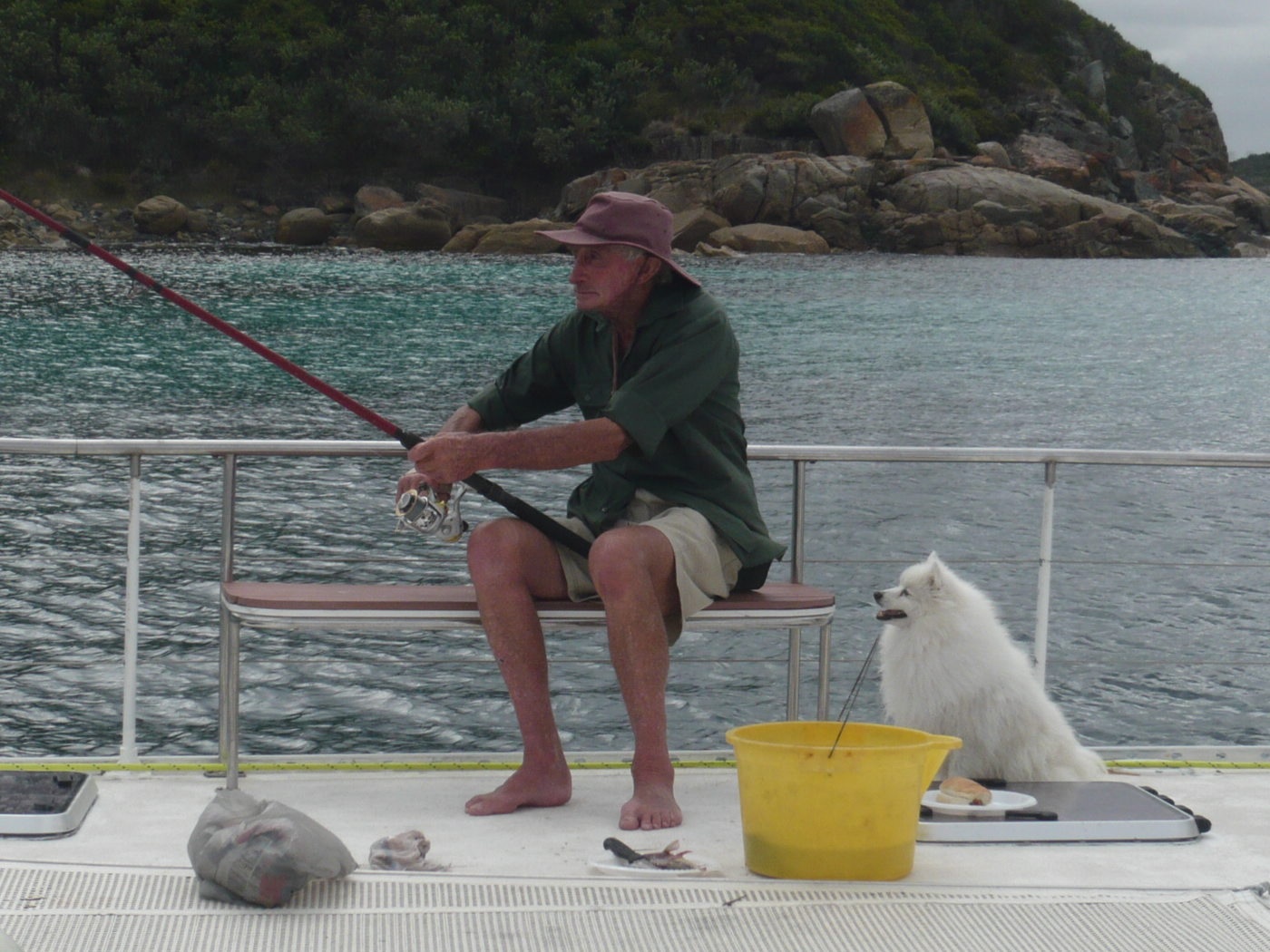 Mum got ill first, in 2012. She had breast cancer and had chemotherapy and radiation treatment in Perth. She came back to Albany and then they discovered the cancer had gone into her bones. She ended up going into hospice in Albany about January, 2013. She spent about five weeks there before she passed away a couple of days after her 83rd birthday.

To start with Mum refused to take pain killers because she was allergic to morphine. She spent the first two weeks in agony. She’d get a burning sensation in her feet and it would work all the way up through her body and she felt like she was on fire and she’d be saying ‘Oh no, oh no, oh no’. Eventually they convinced her to have painkillers with anti-nausea medication. It did make her a bit sick but at least she wasn’t so much in pain. They were fantastic at the hospice.

When mum was really crook I wrote a little thing that was published in one of the newspapers. Mum gave her permission for me to put it in. I said,  ‘Shame on all you good doers out there who think you have the God‐given right to say how a person should die….My beautiful Mum, with my Dad, has raised a wonderful family with children, grandchildren and great‐grandchildren, and they all love her. My beautiful, independent, strong, self‐sufficient, creative, wise, intelligent mum is now being told by the law that she has to die a slow and painful death’.

Mum would have liked the option of assisted dying. She didn’t want to go through the torment of what she was going through.

Dad died in February 2016, seven days before the anniversary of Mum’s death. He had skin cancer and they’d been treating him for it. He’d lost most of his right ear. While looking for the cancer in his body they discovered an aneurism in his stomach. In July 2015 he had an operation in Perth for treating aneurisms that only a few people had even tried to have in Australia. It was successful but it created other medical problems. After the operation he got an infection and he said, ‘I don’t want to be here’.

He was having radiation treatment for the cancer at Sir Charles Gairdner Hospital in Perth and staying at Crawford Lodge. He didn’t really want the treatment and they more or less insisted he keep on.  He would walk over for treatment and there was no one at reception to see him. He would just go in, be treated and walk back to the lodge. Because they were treating his face, they burnt all the inside of his mouth and he wasn’t able to eat or drink. They didn’t stop until Dad collapsed in the waiting area and my sister went up and said ‘What the hell’s going on here?’. There was no one at the clinic keeping tabs on him — and Dad wouldn’t say anything. 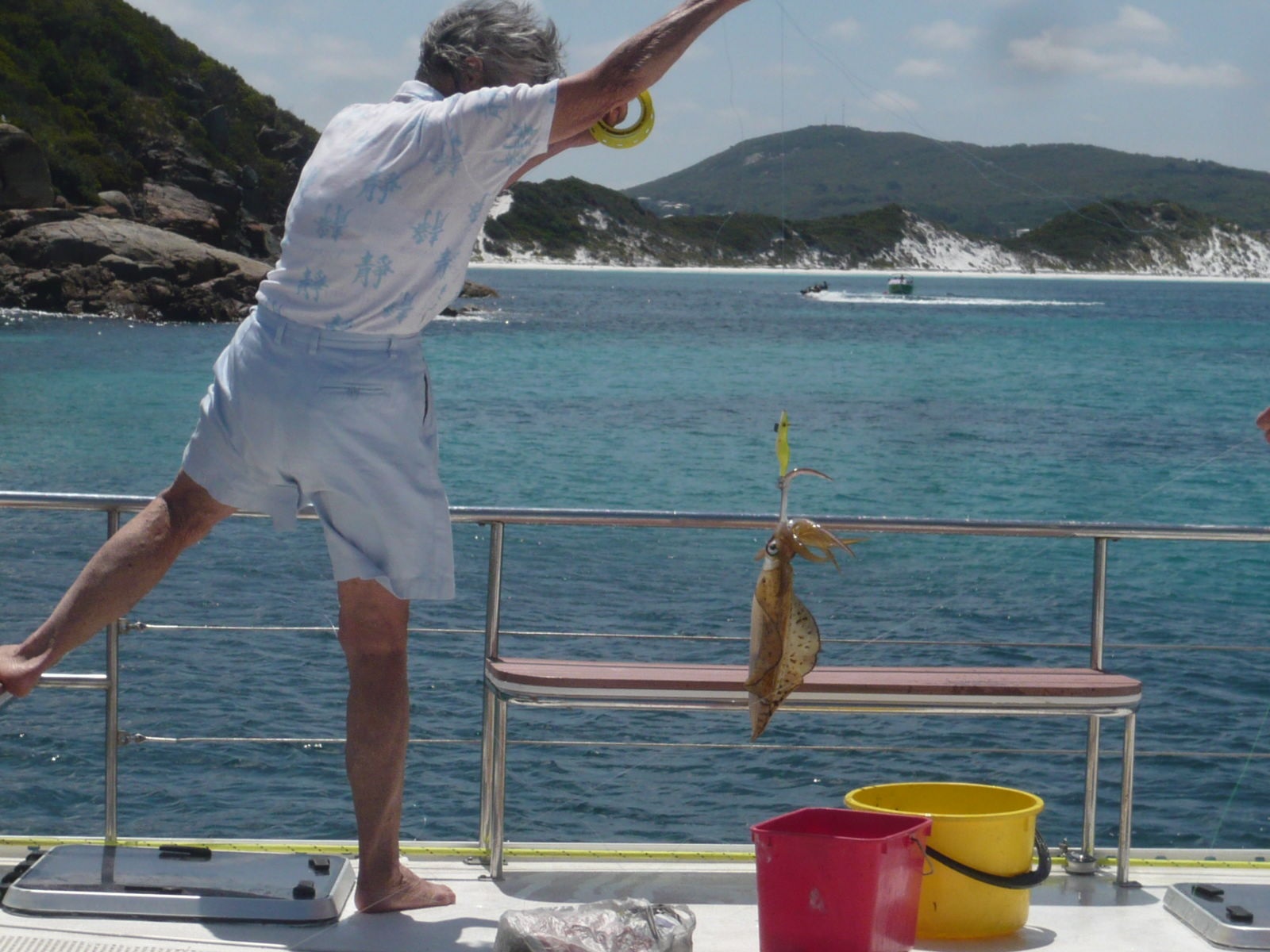 Dad ended up being admitted to SCGH. My other sister and I came up from Albany to see him and we didn’t recognise him. He was skinny to start with and he’d lost even more weight in just a couple of weeks. They moved him to palliative care at Bethesda Hospital and he was there for two weeks.

He was able to eat a bit by this stage, but he’d decided he was going to die. He basically starved himself to death.

In 2009 my husband was in a motor bike accident in Thailand and had massive bleeding on his brain. They were keeping him alive, but there was no point. As a family we decided to turn off the life support. We knew that’s what he would have wanted.

Everyone should have dignity in dying. If a person is not functioning and they are just being kept alive for the sake of it, what’s the point? I believe ‘Do unto others as you would have others do unto you’.

Guaranteed every member of parliament who has been through it will be for voluntary assisted dying and every MP who hasn’t, won’t be. It’s not until it hits you close that you discover how it really affects that person and their family. It’s their life, they should be given the choice.