I am Kass Hall and I have been been living on borrowed time for 27 years.

At 12 I was diagnosed with a cancer so rare in children that my doctor declared me one of only two young sufferers in the world to have the condition. Just as I was embarking on her formative years of high school I came dangerously close to death. They called my parents into the hospital five different times because they didn't think I would make it through the night.

Twenty-seven years later, after several major surgeries and relapses that would again bring me close to death, I am studying law and campaigning for human rights. But the cancer has never really left.

I went 10 years without cancer and was told I was cured, and then three weeks later I relapsed. I had moved to Queensland and woke up one night in writhing pain. I was taken to the hospital and within 48 hours they found another tumour.

In 2008, I was diagnosed with thyroid cancer, which while removed has left me on medication for life.

I also suffered another debilitating relapse in 2011, this time in my stomach and liver, and at 33 was forced to fight for my life again. They told me at that time that this was probably going to be the one that killed me. The oncologist said if I managed to see my 40th birthday that that would be a very good outcome. 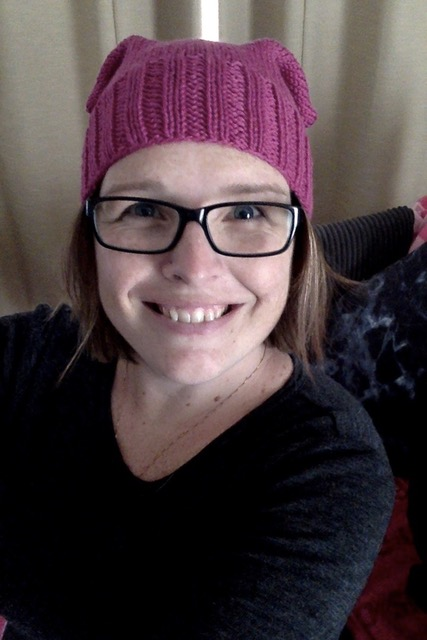 After some genetic testing it was found that I had a rare genetic defect that was causing my tumours to return. What I know now is that the tumours will keep coming back. There's no treatment per se. Only medicine that can slow the growth.

Despite having what is an extremely high pain threshold, living with a life-threatening disorder has meant that I think about life and death differently to most people. The reality is, each day I get older, each day I get closer.

I am an avid campaigner for people with terminal illness to be able to choose how their last moments are spent. I'm not keen on the idea my last weeks and months are going to be horrible and no one has the ability to do anything about it. If you've ever watched someone in the last days of cancer, there's nothing dignified about it, it's a horrible horrible thing. It's gross and it's awful for everyone.

If you haven't experienced it up close, if you haven't been in the room, you can't imagine what those last days and hours are like.

I believe introducing voluntary assisted dying laws with thorough safeguards would allow people, including younger people like myself, with terminal illnesses to have a choice over how they spend their last hours. My first thoughts are for the people I love, and not wanting them to have to sit and watch me die. My husband, he's been there every single step of the way, for almost 16 years. By the time you get to that stage you're talking about quantity of life over quality of life. Once you feel that the quality is gone, then quantity is for other people, not for you.

Ultimately, I think it's about autonomy and being the one to make the decision. I don't want to burden anybody. I want to be able to make those choices for myself.