My mum’s name was Eileen O’Loughlan. She was a really lovely Irish woman, one of 15 kids and so compassionate and loving. She was 50-years-old when she first diagnosed with lung cancer. She had a lobe removed and life went back to normal. We didn’t realise at the time that the lung cancer was secondary and the primary cancer was actually liver cancer. When I was 22, soon after having my first child, I was told mum’s cancer had come back.

There was so much grief and anger. Mum was just 56 when she died, and she’d had a bloody tough life growing up in rural Ireland. She did so much for her kids and some of us were real buggers in our teen years and really tried her patience. Just when it was time for her to sit back and enjoy her grandkids and reap the rewards of her own hard work, she was taken from us.

The disease itself and the dying process was horrific. Mum looked 100-years-old by the time she died. Her body was withered to the size of a bird. It’s a weird waiting game when you know your loved one is terminally ill. 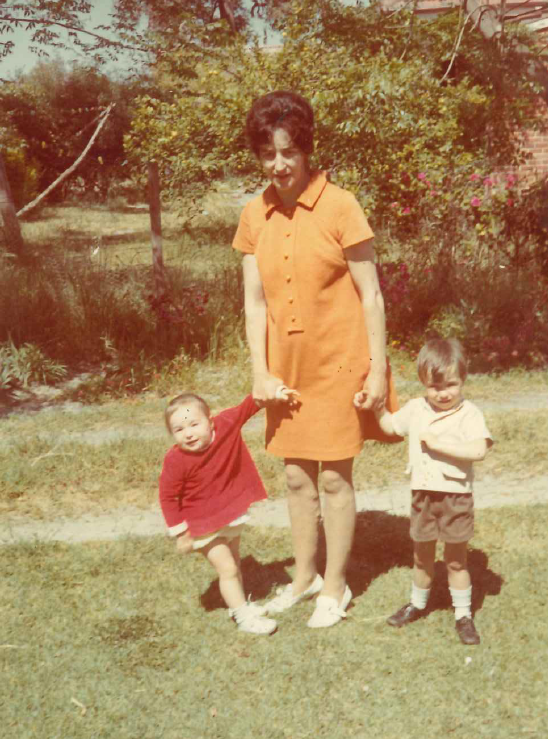 It was awful. My younger sister was sitting on the bed next to her and mum didn’t even recognise her.

She was asking us to kill her, to shoot her.

At that time, my dad had a rifle in the house. It was so distressing to see and hear. I guess people go through this every day and that’s what’s awful. There are so many different versions of the same hell.

Mum was someone who cared so much for other people and was so independent, and to die like that would have been so tough for her. Right up to a few days before her death, we had visitors at the house and she’d refuse to even let them make a cup of tea. She wanted to look after guests in her home.

End of life choices have always been important to me. Even before my mum died, I remember her telling me about a close friend who died of breast cancer at 42 and how much she suffered. I’ve always thought if I ever got to that stage I’d take my own life. Seeing mum die like that has had such a lasting impact on me. I’ve had multiple rounds of counselling over the years and realise now it’s never going to go away. One of the most awful things is I feel I’ve passed some of the melancholy and anxiousness from mum’s death onto my daughter. For the first ten years of her life, I cried every day. I barely functioned for the first four or five years. I really hate that I have potentially influenced my daughter’s own emotional makeup from my trauma of this experience.

I understand we’re all going to die, but my mum deserved a much better death than what she received. It was a cruel and unjust way for such a beautifully compassionate person to have to die.