My Dad’s name was Ron Anderson. He was one of those people in this world who was really understated.

He believed community service was important in your life and that everybody should do it. He became president of every sporting club known to man in the district, and our house was a haven for everybody. Dad’s contributions were well-recognised – he even earned an Order of Australia for his contributions to the community. He was clever and kind and he just got on with life, but he always quietly helped people. Dad truly believed in a simple life of substance.

That was one of the things that made his death so difficult – watching how someone who contributed so much got treated so very badly. 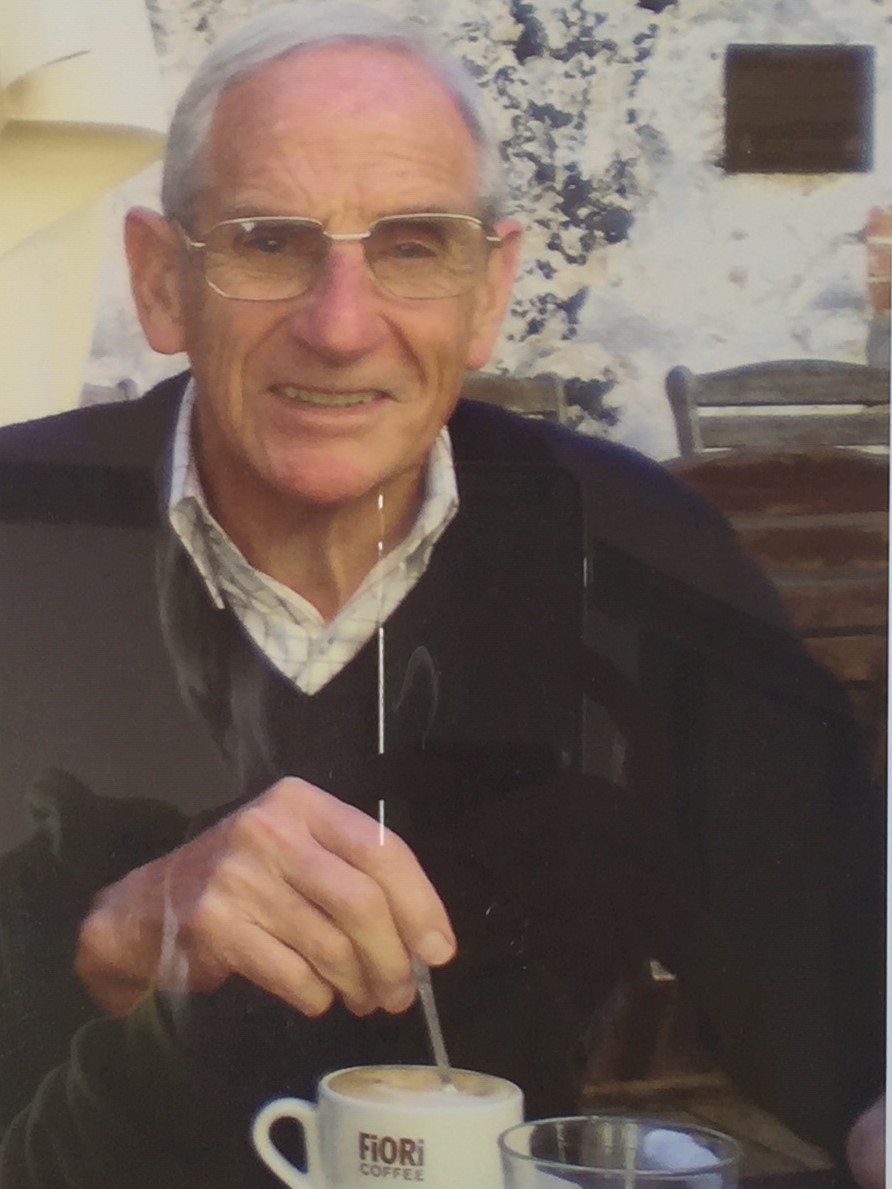 My dad was diagnosed with a tumour outside of his lung in 2007. They suspected mesothelioma. He had surgery, which had a devastating impact on him. He went into hospital that day a fit and strong man, and came out with Multiple System Atropy, which is a complete collapse of the central nervous system. It meant that every one of his muscles became rigid. We were told he had around three months to live, but nobody would put that in writing, so we couldn’t get palliative care.

We were then told he would require high care but were given no assistance to find that care – that became our job. I spent three days trying to find somewhere until someone told me that high care packages don’t actually exist; there’s only a very limited amount, and they are all taken up by other people with long term care needs. Essentially I was told we’d never get one and to just find a respite bed for dad anywhere.

I was gutted. And shocked. I had no idea how the system is so completely dysfunctional. People are effectively completely dependent on their families. We eventually got dad a respite bed. We were interviewed. It was like going to a school interview to see if we were suitable candidates – I had to prove our worth as a family. Because he was high care, I had to agree that we would participate in feeding, in activities, and a whole series of other things. Which I did, but I had no idea what that actually meant, and how unsustainable it would be over the next four years.

My dad knew exactly what was going on and he was desperately sad. He would cry at the drop of a hat. He’d lost everything almost overnight – his independence, his family, his home, his pride. I was going to work one morning and got a call to say dad had fallen over and he’d broken his jaw. And the whole reason it happened was because nobody would come and take him to the toilet. He was so worried about all of us, because of the load we were under.

I’d be there early to give dad breakfast, mum would come in to give him morning tea and lunch, she’d feed him, she had to be on their tails every day making sure he was changed and not left dirty. Eventually she got banned. My poor sweet darling mum was supporting and representing my dad, who by then could hear us but could no longer communicate, couldn’t see and was rigid. If he was out of his bed for more than 24 hours we were told he’d lose it. He continued to deteriorate and we continued to fill in the gaps. This went on for four years.

I hate to think what would happen to anyone who didn’t have a family around them or the financial capacity to pay for it.

Dad passed away in 2013. He withered away in bed and the last few days were absolutely barbaric. There was this unbelievable smell we couldn’t get rid of. There was no peace; Dad was writhing, he was pulling up the sheets, he had fear on his face. It was like watching a horror movie. And we begged and begged and begged for morphine and the rest of it. The whole experience completely destroyed us as a family. We were a nice, everyday family. Good parents, a nice home, we were close. I never could have imagined we could have been fractured like this. It’s fractured us physically, mentally, emotionally in ways I’d never imagined. I have a sister who no longer has anything to do with our family. My mother became unbelievably difficult.

My parents were amazing together, they absolutely adored one another. He sought her views, relished her laugh and shared a love story from that very first dance throughout their lifetime together. Her loyalty was extraordinary but the load on her was too much and she never recovered. I was a company director as well as trying to take care of dad. Friends were telling me to watch my step and I’d say, ‘I’m OK’. I was always athletic and fit and strong, so I couldn’t have imagined at the end of this how my physical condition would break down from stress. I now live in constant, chronic pain and with dysfunctional muscles.

Politicians need to understand – we are not talking about one person’s death here, we are talking about a host of families who are left with the responsibility to navigate their way through a flawed health system. There are so many generations caught up in this. I was exhausted because we provided palliative care for four years between three of us. My mum’s never going to recover, I live in chronic pain. What’s the cost of that to the healthcare system? There’s now trauma in the next generation that will require care because of how badly all this was managed.

My dad was quietly religious, but I truly believe if dad knew what his future held, he would have found his own way out of the world.

He would have found some way of getting those drugs in from overseas or gone for a long swim and not come home.

If someone is not going to recover and are suffering so greatly, they should be given the opportunity to find their way out graciously, surrounded by those they love. We’re meant to be an intelligent country, but we’re acting barbaric in keeping people alive who are suffering terribly. I don’t understand why if someone has uncontrolled pain at the point they go into palliative care, why they aren’t given the option to find their peace? If the only thing preventing this is the Hippocratic oath, we need to think about the harm that is already being done.

We copy best practice in the world for all sorts of other things. Why not this? Which choice would you like to make? Imagine if this is you?

My dad believed to be true to yourself you must understand your life is an expression of your mind. This singular thought created Ron’s life and touched so many others. It is this legacy combined with his smile he leaves behind for all to remember.