New Zealand assisted dying book not what it seems

A book about the voluntary assisted dying referendum in New Zealand is gaining publicity. But it and its author are not what they claim to be. 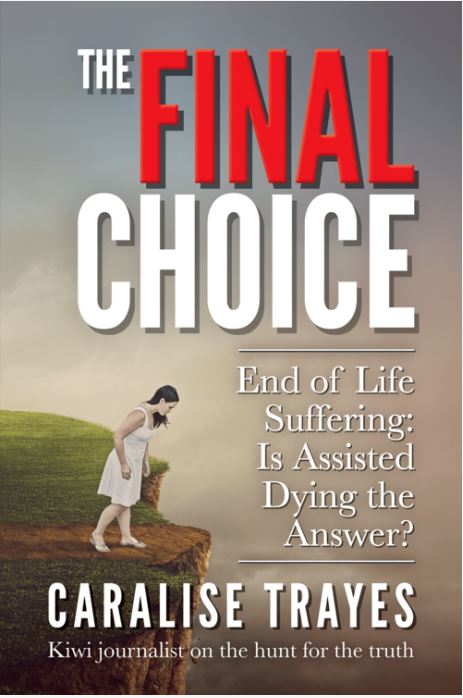 An analysis of a new book published ahead of a referendum in New Zealand on whether to legalise voluntary assisted dying (VAD) reveals there is more to it and its author than meets the eye.

Caralise Trayes says she was motivated to write and self-publish The Final Choice after she realised she would soon have to vote in the referendum, but “didn’t know enough about the issue”. She says hers is a quest to arrive at “the truth” about assisted dying.

Trayes makes much of her journalistic background – until recently, she was a reporter for community newspaper, Rodney Times, and previously worked as a journalist for Fairfax.

But, a closer examination reveals she has been less than upfront about other aspects of her life.

What she does not disclose – in her book nor in subsequent media interviews – is that she is, along with her husband Will, a member of the Ignite Faith Centre, a Pentecostal church, located in Arkles Bay, Whangaparaoa, north of Auckland.

She has been intimately involved in Ignite Faith since at least 2011. Her in-laws (her husband Will’s sister Katherine and her husband Ruan Swart) are pastors at the church. In August 2018, the church thanked its Facebook followers for their responses to the End of Life Choices Bill, saying "we will make an impact".

Given she has not disclosed this information, the question becomes … why?

Trayes’ readers deserve to know the answer so they can assess for themselves whether her version of “the facts” rings true.

The more we discover about Trayes’ involvement in the Pentecostal church, the more questions arise about her claims to be an honest broker.

Many of the public figures and groups she ‘likes’ on Facebook are evangelical pastors or Christian ministries. She also likes Family First, a Christian political party in NZ. 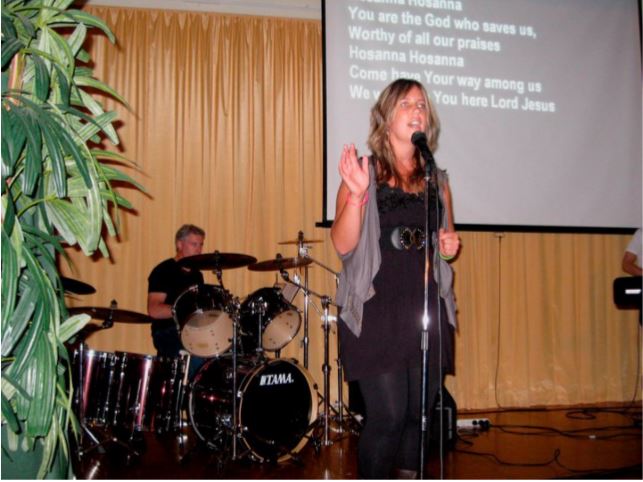 Evangelical Christians believe life is a sacred gift. God has given people the highest dignity of all creation. Such human dignity prohibits euthanasia and only God should determine when life ends.

Of course, Caralise Trayes (pictured singing at Living Faith Church in May 2011) is entirely entitled to her beliefs and opinions. However, in journalism, conflicts of interest are routinely disclosed and declared to the readership if they are perceived to possibly have influence over the conclusions drawn by the writer. The NZ Press Council states: “Where an author’s link to a subject is deemed to be justified, the relationship of author to subject should be declared.”

Professor Ben White, from QUT's Centre for Health Law Research, has spent 18 years studying end of life laws. He has said previously that values play a crucial role in how people approach the topic.

"There are different moral views on this issue and that is appropriate. I think the point to be clear about is that when a view about the rights and wrongs of assisted dying are made, the values that sit behind that [should be] made clear ... if the values that sit underneath are made clear and transparent, it allows the listener, the viewer, to decide 'Is that something I agree with?'"

On VAD, Trayes thinks that while surveys show 58% to 74% of New Zealanders support the change, the same proportion does not know much about it and she urges people to look deeper into the issue.

After examining 21 subjects – 17 of whom are opposed to the law – Trayes wonders if the proposed legislation is likely unsafe, and vulnerable groups are at risk of coercion. She points to overseas jurisdictions where, she says, many patients choose an assisted death so as “not to be a burden” on others, a claim that has been repeatedly exposed as misleading.

Trayes also goes to great lengths to minimise the suffering of terminally ill New Zealanders – the very people the VAD law is intended to help.

“We must not be swung onto a side on this based on emotional personal stories that involve fear and despair,” she warns. “There’s no space for error - if we get it wrong, death is a big penalty.”

Trayes includes in her book a short chapter on Lecretia Seales, the young New Zealand woman with terminal brain cancer who, in 2015, bravely went to New Zealand's High Court to ask for the option to end her own life with prescribed medication should her suffering become unbearable. The court did not grant permission and Lecretia died the following day.

But, astonishingly for a journalist seeking “the truth”, Trayes did not interview or consult anyone from Lecretia's family. Instead, she uses quotes from a speech made by Lecretia’s mother Shirley and ends the book with words from a psychiatrist who was not present when Lecretia died. Shirley believes Trayes has misrepresented her daughter's death and minimised her pain and suffering.

Trayes has failed to divulge her allegiances and misled her readers and the public about her impartiality on this issue. Despite her claims to the contrary, her book does not present a balanced view. It is, in fact, a clever piece of writing designed to sow uncertainty and doubt in the minds of readers, a tactic that we unpack in the film Fatal Fraud.

It is a textbook ‘Not this Bill’ strategy used by assisted dying opponents around the world.

It is clear Trayes has not engaged in a “journalistic exercise” but written an opinion piece – and a large one at that.

At Go Gentle Australia, we believe the debate about such an important issue of public policy should be open and honest.

Approach this book with caution.

Read more about The Final Choice in the Gisborne Herald.