My story, by Peter Williams

You’ll find Peter B. Williams, 64, at the Shamrock Hotel in Echuca, Thursday nights, where he runs the trivia quiz.

“And they pay me,’’ he says with characteristic wit and candour. Just about everybody in town knows Peter. They know him from the Tangled Bookshop, which he ran for 32 years. “We walked in to buy a book and bought the store.’’ (It closed three years ago). They know him as the man who runs the Winter Blues festival, and from his four times as mayor. “It’s an exhausting job… and always interesting to not allow yourself to be seduced by people who are your new best friends who want something.’’

Peter Williams is a man so busy he wants to live another 30 years, that’s his plan. His parents are in their early 90s, and if he can match or beat them, that would be fine. “I don’t want to just outlive them in the sense that they probably have another 18 months left.’’

Peter’s mother has Alzheimer’s and she “can’t get her head around’’ the fact that he’s been diagnosed with Stage 4 melanoma. “She stresses the whole time; if I don’t turn up on time she thinks I’ve died. Dad understands the situation.’’ 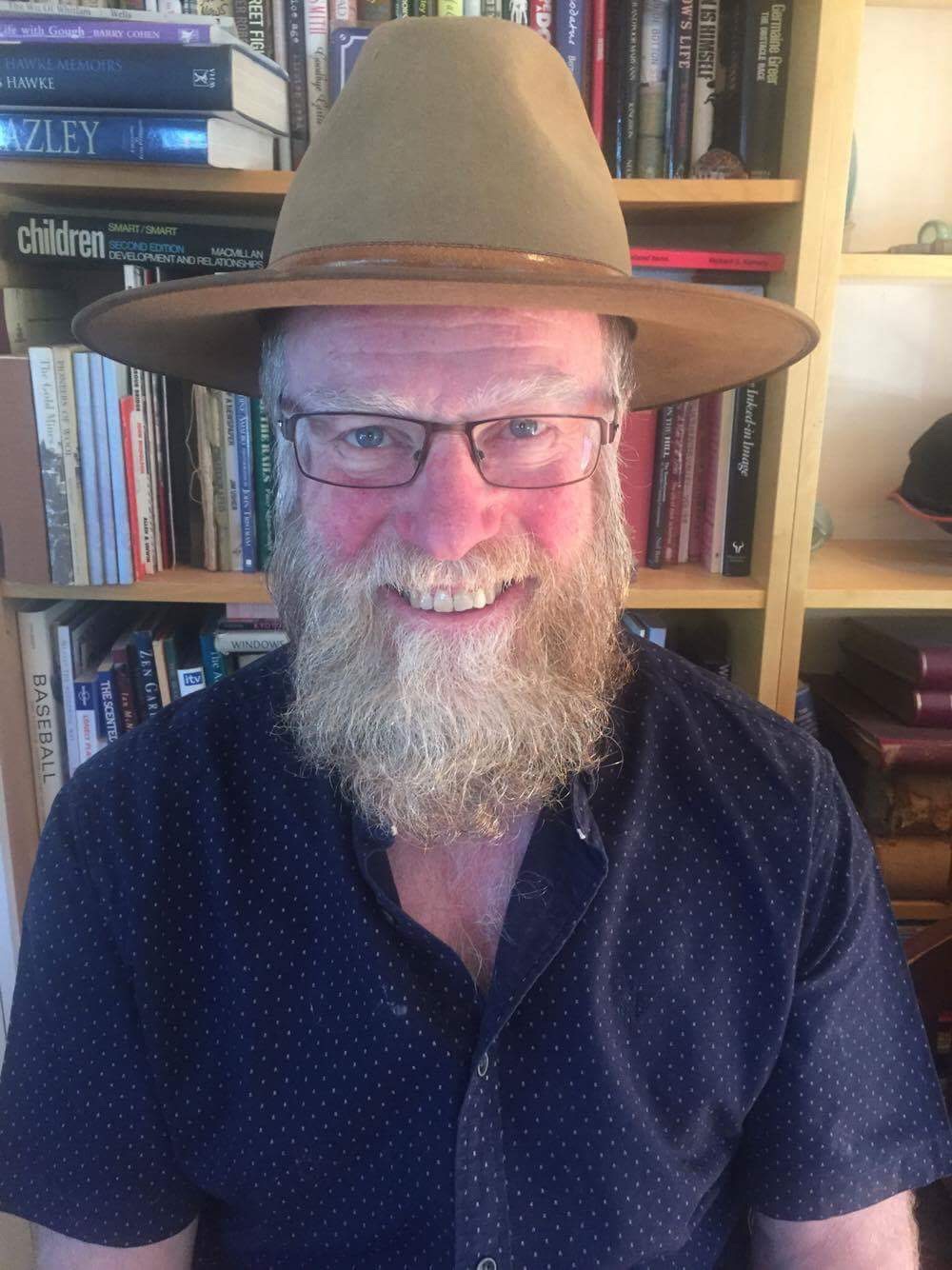 Peter began adult life studying law. “But got throw out because I wasn’t concentrating on my studies.’’ So he went into teaching, in Melbourne, science and geography. Later he ran the Campaspe college of adult education. Of late, he’s been working in his brother’s lettuce farm, which largely means driving a truck around.

In February 2017, this year, Peter suffered bad pain in his lower abdomen, it went on for two nights until he took himself to the hospital emergency department. “They thought I might have kidney stones; instead they found a lot of other shit that shouldn’t have been there. In the middle of March they confirmed the diagnosis, stage 4 melanoma, all through my lymph system, a little bit in my brain, ribs, but not in my major organs, if you don’t count my brain.’’

He had a melanoma taken off his back 11 years ago. “Both my brothers and father have had them taken off.’’

He’s on a clinical trial at Peter Mac. “I’ve had a good result. What was in my brain had been four millimetres, now down to less than one; it may not even be there. Those in my lymph nodes have shrunk from centimetres to millimetres. They say I’m responding well.’’

After Peter was first diagnosed, his GP, a personal friend, said they needed to talk about end-of-life options. He said not yet. “In the forefront of my mind, I’m going to live. In the back of my mind, I’m thinking if it all goes to shit, and I know there’s no point in buying Christmas presents I won’t see opened, then I don’t want to end up in a hospital bed for six months, feeling like crap and dying in pain."

"I think it’s essential to have a plan, to be in control of your own end."

"I’ve had the conversation with my parents. It would be awful to be in their situation, but we’re straight shooters.’’