'This Voluntary Assisted Dying bill has to go through, it just has to.' 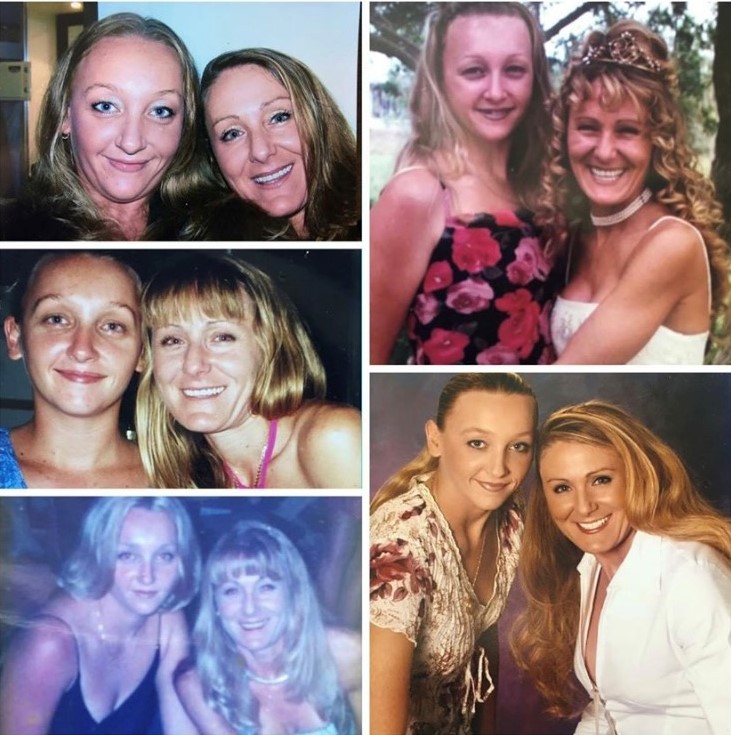 Kay Lang's loved ones Sandra and Sammi were like family.

Kay and Sandra (pictured) had shared laughter and tears throughout a rock-solid friendship of three decades, before melanoma took Sandra's life, at age 44.

The death of her friend who was "like a sister" in June this year has left Kay traumatised. “It was very difficult to watch,” Kay said of Sandra’s decline.

“What she had to go through in the end was horrible, just horrible.”

Kay had already experienced the terrible toll of cancer - with the death of her daughter's best friend, Sammi, seven years earlier.

Sammi was like a second daughter to Kay. She died of cervical cancer in 2013. She was just 26.

Both women had fought hard against the insidious disease which, Kay said, slowly and painfully claimed their lives.

Now, Kay is advocating for voluntary assisted dying laws in their memory.

As an assistant nurse working in community care, including with palliative patients, Kay knows the suffering that can happen for some people at the end of life when they are denied a choice.

She says this week's Stretton by-election is crucial to ensure the electorate in Brisbane's southern suburbs has an elected representative who will support the Voluntary Assisted Dying bill.

"Everyone voting in the by-election must canvass the candidates' views on assisted dying and vote accordingly," said Kay, who lives in Runcorn within the Stretton electorate.

"It's just too important - for terminally ill people everywhere in Queensland and for the people they leave behind.

“Sandra really wanted me to keep persisting with this. She said, ‘Do anything you can’.

“After seeing what she had to go through, there’s no way I wouldn't do that for her, and for Sammi as well.”

Kay said both her friends woud have benefitted from the choice offered by a VAD law.

“With both of them, once the pain became intolerable in their final days, their only option was to have palliative sedation,” Kay said.

“It devastated us loved ones, watching them, over days, deteriorate till their organs shut down.”

Sammi’s diagnosis, in April 2013, hit Kay and her daughter hard.

The trio worked together in a tanning salon in Brisbane’s Fortitude Valley, spending most of their waking moments together.

“I basically cared for her while she was going through her chemotherapy treatment,” Kay said.

“She was a beautiful young girl. The chemo really knocked her around. She lost all her hair and she was really sick.

“She should have been out travelling and enjoying herself.”

Kay says witnessing her best friend's "horrible" death was something she will never forget.

Diagnosed with melanoma in 2017, a first round of surgery removed most of Sandra's cancer but two years later it returned in her lymph nodes.

“And in October last year, a scan showed she had tumours in her spine, pelvis and hips,” Kay said.

“They gave her two years maximum, with treatment that may slow it down, but none of the treatments worked.”

Kay is determined to help secure voluntary assisted dying laws in Queensland, believing her friends deserved better at the end of their lives.

Having to be witness to deaths like Sammi’s and Sandra’s made it even harder for the families and friends left behind, Kay said.

“To have seen them go through the struggle of the whole illness and then, in the end, die the way they did, after they fought so hard and were so brave, was just horrible,” Kay said.

“Both of them would have been horrified to have known their families had to watch that.

“They both should have been given the choice of when they wanted to go, with dignity, and to be able to say goodbye.

“Just for one minute think about it. Would you want a choice? I know I would.