I lost my mum last month. She had pancreatic cancer. 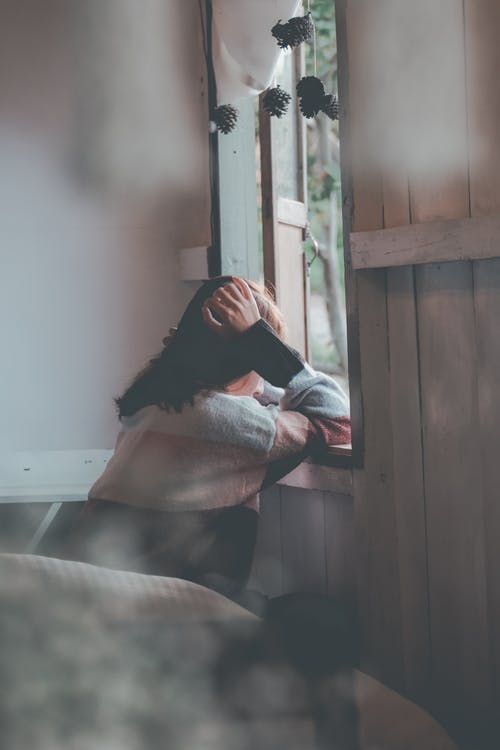 We told friends and extended family that Mum passed away peacefully. It’s customary to do so and respecting convention, we fell into line. At the very end I guess it was peaceful. But in the months leading up to Mum’s death, she was frustrated, upset and angry.

Throughout her life Mum had been an independent, headstrong, fearless woman. She had also liked to be in control. Following her diagnosis of terminal cancer, my mother felt she had no control. Mum was diagnosed with pancreatic cancer last November. The surgeon who delivered this terrible news told her that without treatment her life expectancy was three to six months. When my mother asked him what he would do if in her position, he told her quite emphatically that he would do nothing.

At first Mum accepted this news with a pragmatic attitude and a calm head. She announced to us, her immediate family that her time was up and that she wanted no treatment. My father and my siblings all told Mum that we understood – that we loved her but this was her decision. Then she received a call out of the blue from an oncologist who had reviewed her case and believed he had better news. This call was on the back of many conversations with well-meaning friends who told her she should ‘do something’ and not give up so easily.

Believing that perhaps there was a treatment that might save her, or at the very least buy her a significant amount of extra time, Mum endured six weeks of chemo and radiotherapy. In hindsight this did nothing but diminish her quality of life and in her final months prolong her agony. It was following the treatment that Mum often spoke of her wish to ‘ just end it’.

She hated the way her body swelled with fluid from the disease. Her ‘pregnant cancer belly’, a terrible reminder the tumour was growing and taking hold of her emaciated body. Then in August Mum fell badly on her kitchen floor at home, breaking her hip and right arm. She was rushed to hospital and spent several weeks in a ward alongside other elderly, sick people close to the end of life.

The man in the bed opposite was suffering dementia and had a bulging hernia. His daughter told me she had been called to his nursing home to say goodbye but miraculously he had rallied and was now waiting for surgery. As we sat around Mum’s hospital bed waiting for her number to come up I wondered, what were we doing?

Somehow Mum survived a general anaesthetic and a plate was inserted into her broken hip. The next day the registrar wanted her out of bed: ‘You need to get moving, Judith.’ Remember that, before the fall, Mum could not walk without a walking frame. And even then she fell. Now she had a broken hip, a broken arm and had just undergone surgery. Were the doctors crazy?

‘I just want to go, Rach. I just want it to be over,’ Mum would say to me and family. ‘I would like it to end,’ she would say directly to doctors and medical staff. The only person I ever saw acknowledge Mum’s pleas was a young nurse. My family and I were shocked when she used the ‘E’ word. ‘Euthanasia as you know is not legal,’ she said.

We were shocked because this was a subject everyone else avoided. ‘All we can do is manage your mum’s pain. I can give her some more morphine but you need to ask for it.’ She also admitted that if she pushed things too far other nurses would notice and she risked getting into trouble. She said: ‘I wish I could do more but I can’t.’ These end of life conversations were very uncomfortable for the hospital doctors.

Unable to give her what she wanted, all they offered was surgery, more chemotherapy and physiotherapy. In fact in her final days, as she slept, a team of six oncologists (four of them students) barged into her room to talk about treatment. They had been sent by a surgeon Mum had seen two days earlier. Mum had told the surgeon she wanted to die. The surgeon thought it was a good idea to send a team of oncologists. The mind boggled.

In the last few months of her life Mum lost her sense of self.

It wasn’t just the indignity of needing help to visit the bathroom, it was the inability to tidy her home, to dress herself and to make a cup of tea. I started to write this piece the day before Mum passed away. I was sitting alongside her bed. We were both waiting for her time to go.

She was unconscious, her breaths shallow but steady. She was like this for three days before finally her tiny body gave up. I can’t say with any certainty that things would have been different had assisted dying been available to my mother. What I absolutely can say for certain is that having a choice about how and when she died would have provided her with a tremendous amount of comfort and peace.

Since Mum’s funeral I have read many articles on assisted dying. It upsets me when I hear those against assisted dying prescribe how death should be. Like they know better. As if a long, drawn out death is worth more. Of course they are entitled to their point of view just as I’m entitled to mine.