“My mother’s name was Dorothy Margaret Chapple, but everyone referred to her as Dee. She moved to Austral 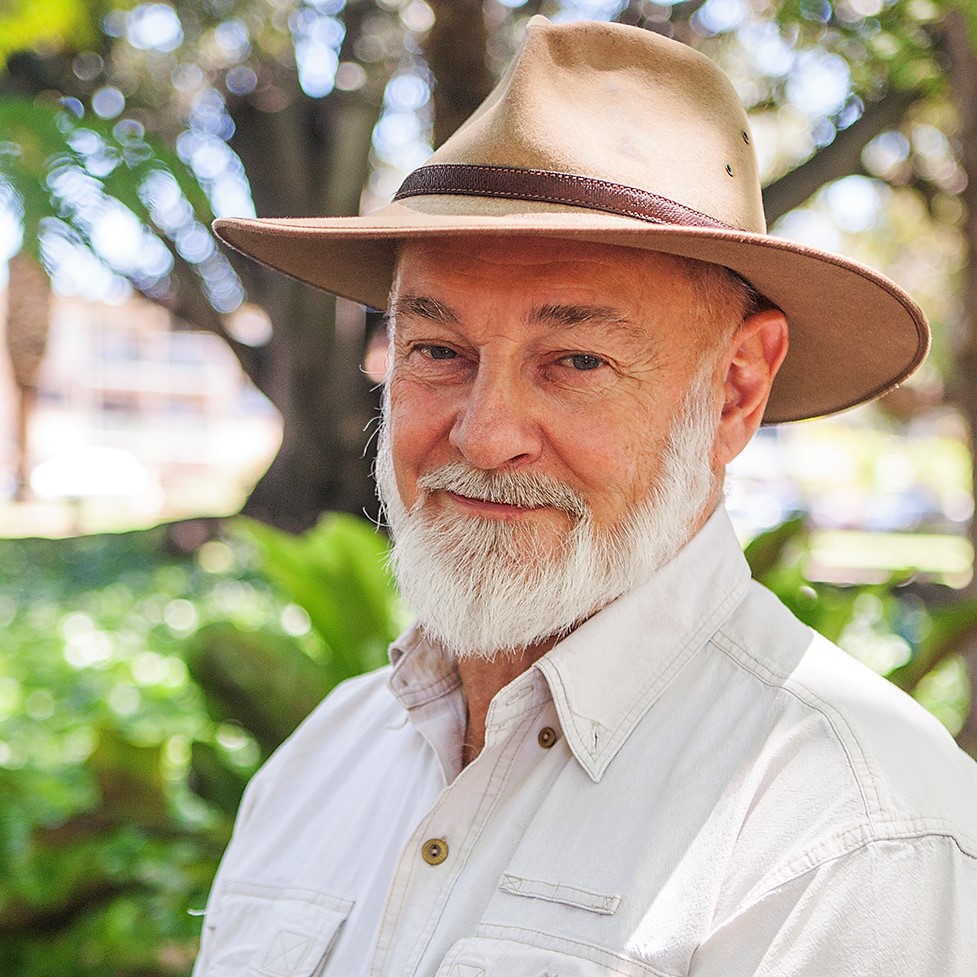 ia from Kent in the United Kingdom with my father about 10 years before she died from lung cancer at the age of 76. My father had always wanted to travel and with my assistance they came to Australia and it rejuvenated them. They moved to Perth for a few years then when my father passed away my mother moved to aged persons’ units in Port Hedland to be closer to me.

Where Perth made her thrive, the Pilbara made her thrive even better. She loved being outdoors. She was a very old British, Wimbledon conservative, not politically, but as a person. She spoke gorgeous Queen’s English. Coming to Australia enabled her to do things she always wanted to do but never considered possible. One of her great ambitions was to live on an island somewhere off the Australian coast.

But my Mum was a heavy smoker and about three years after she moved to the Pilbara she suffered the consequences. She came down with cancer and went to hospital in Perth. I took leave from the company I was working for to be with her for the last period of her life.

It lasted many months.

She was lucid, laying in bed. She still had her sense of humour and was just waiting to die. She was hooked up to cables, wires and pumps. They were doing a remarkable job of keeping her alive, but she would say to me ‘Darling, there are a couple of cables there, can you trip over them on the way out?’

It was appalling from many aspects. Her dignity as a human being was no longer there. She was reliant on people to bath her, change her nappies, do all that sort of stuff.

Her mental capacity, though, remained strong and it was saying ‘This is not fair. I don’t want to be here in this bed. I would just like to go to sleep one night and not wake up’.

I hung around in Perth as long as I could hoping to be there for her passing, but that wasn’t to be. I had to return to the Pilbara for work. Shortly after, she passed away. The parting of our ways did not occur in close proximity. It occurred some hundreds of kilometres apart. That was 32 years ago.

In 2001 I was elected to the Mining and Pastoral electorate and it gave me the opportunity to revisit the issue of assisted dying. I introduced legislation twice — once in 2001-2 and once in 2010. At least in 2010 we went to a full debate, which we lost.

I’m hoping this time round will be third time lucky, for my mum. This has never been a legislative program even though the Greens, of which I am a member, do have it in our policy. It’s never been about me, Greens, Labor, Liberal, it’s about good governance. It’s about humanity.

There are people opposed to any form of dignity in dying, call it euthanasia, whatever you like, but what riles me is that it is not compulsory. At the end of your life you will make the decision. For those people who for moral, religious or ethical reasons oppose assisted dying laws, I say humbug. The key issue for me is they don’t have to participate. Every piece of legislation I have ever drafted said there was no compunction on any party — doctor, psychologist, nurse, medical professional, family member — to be involved. That was enshrined in the legislation I put forward and is enshrined in the recommendations of the recent Joint Select Committee on End of Life Choices. This is about personal choice not other people’s choice.”