My late husband JD loved Christmas more than anyone I’ve ever known. He did everything he could to make it special for the children and grandchildren, from beautiful dishes to decorations. So it was a shock that he took his life a week before Christmas in 2008.

He left behind a letter saying he was sorry about Christmas.

He need not have worried. I understood that he could not go on any longer. Life had become unbearable.

JD lived for family. He was amazing because he had not be 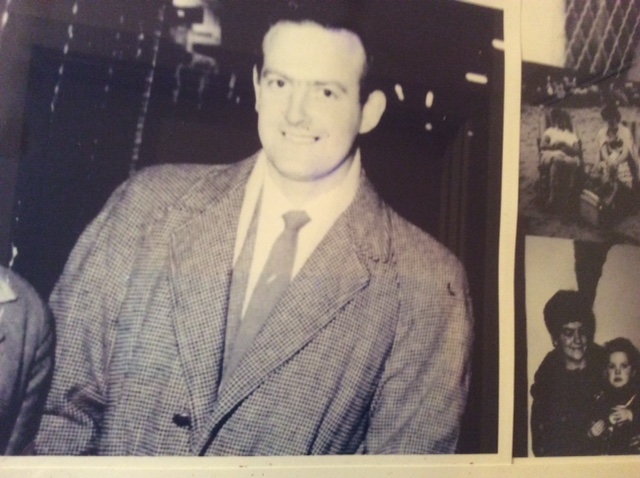 en shown any love or affection during his own childhood in Belfast, and I used to wonder where he learned to love like he did. When we bought a block of land in the country, he built a playground for the grandchildren before he started the house. It was typical of him to put their happiness and safety first. He always had a project on the go. He was not one to sit still.

He got kidney cancer in 1998, but recovered well after it was removed. He was meant to stay in hospital for ten days but he begged the doctor to release him on the third day. He hated hospital. I think it was because of the partial loss of control of one’s own life in hospital.

His shoulder became painful in 2008. By the time he got it checked out, it was already stage four lung cancer. He was given six months to two years to live. He was allowed to stay home with me, with regular visits from palliative care nurses. But the painkillers were only moderately helpful and he spent the rest of his life in varying degrees of pain.

The painkillers had some terrible side effects. One day he was constipated and the next day he had the runs. The painkillers also played havoc with his mind, sending him on emotional highs and lows. Towards the end of the year he could barely stand, let alone continue with any of his projects. For someone who had been so proud, active and independent all of his life, the incapacitation was too much to bear.

Before he got sick, he was a vocal supporter of voluntary assisted death for those suffering a fatal illness. But it was still a shock when he took his own life.

I remember searching for him on the morning he died. Eventually I looked through the shed window and saw his lifeless body hanging from the rafters. He had locked up the shed door so I couldn’t get in. I went back in the house and found a letter from him, which told me to call my son and the police. The police let me see his body a few hours later. I said to him: “You’ve done a good job love."

So many suicides are botched, which is traumatic for the family.

I was actually in awe of him for pulling it off because he could barely stand at that point. When I looked his face that day he looked so peaceful.

My message for politicians is that they’ve got to pass legislation for voluntary assisted dying. If someone has a terminal illness and there is no chance of recovery, it is important to respect their wishes. My husband did not want for his grandchildren’s last vision of him to be in a hospital bed with tubes coming out of him. He did not want to end his days in constant agony and mental anguish. He could not handle the loss of dignity.

I respected his wishes. The law should too.