’ll give you an example of one night that was probably in the last 10 days of Deb’s life when I was on night duty, so to speak, with her. 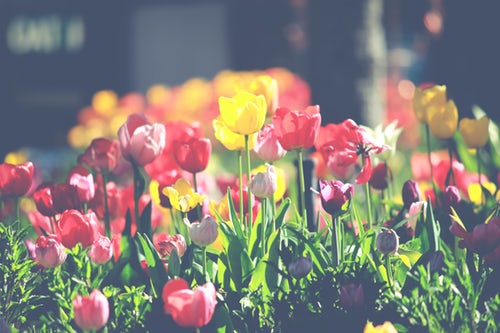 The doctors can only administer, as you would know, a certain amount of morphine over certain hours otherwise that can put the patient to sleep permanently, and obviously that’s not allowed.

So as much as the patient may want that, the doctors are understandably – and nurses – scared stiff of overdosing their patients. The pain was getting so intense on this particular night that Deb sort of called out to me and said, ‘Spencer, I need to walk. I must walk. I’ve just got to do something.’

We walked around the corridors of this hospital for six hours until she was allowed to have more morphine and during those six hours – I’ve probably still got the marks – her nails were clawed into my back through sheer hell. We walked past doors that led into utility rooms and she’d scratch at the door.

She had to do something to alleviate the horrendous pain she was in.

I’ve never seen pain like it. I’ve been a journalist for 49 years; I’ve seen people in pain all over the world in wars and whatever else. I have never seen anybody in such pain that she was in that night.

That little red buzzer that you press, my finger was on it almost all the time, and of course they are busy people, the nurses, especially on night duty, so I was forever walking out to the nurses’ station looking for nurses, searching for them. They said, ‘We’re not allowed to give any more for another two hours and 14 minutes,’ or whatever. ‘It’s all written down on the chart.’ ‘Why not?’ I’d say. ‘Because that’s the amount the doctor says. We’re not allowed to give any more than that.’ ‘Why not?’ ‘Because it’s the legal limit that we’re allowed to give.’

Deb was only allowed a certain amount every hour or two hours or whatever. But because the pain just keeps growing and growing and growing, the amount of morphine grows too but not in accordance with the pain. It’s very hard to measure that, but you can tell when someone’s screaming in pain and they’re just crying. ‘Please can she have some more?’ ‘No.’ I said, ‘How can you just tell me that? How can you sit and watch her in such pain and tell me she can’t have more morphine?’ ‘Because the doctor says I can’t.’

I’ve been a journalist for 49 years, I’ve seen people in pain…in wars… but I have never seen anybody in such pain as Deb.