The hospice could not cope

My beautiful husband Michael was diagnosed with motor neurone disease on the 1st of September 2017. He was given two to five years but lasted eight months.

He had retired eight weeks earlier. He was fit and healthy and had been working eight to 10 hour days as a safety officer on a construction site until retirement. 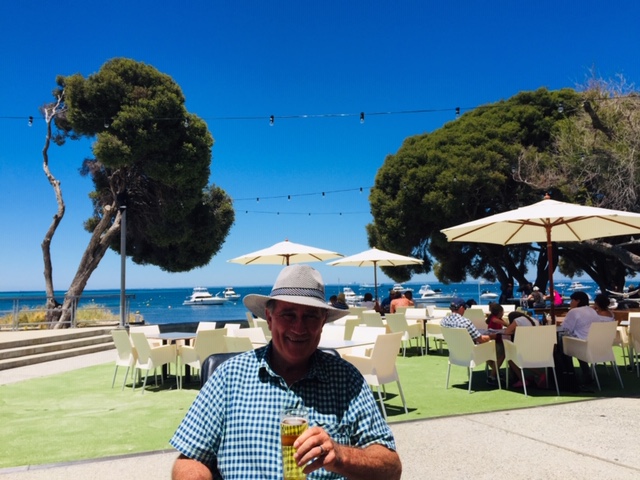 While he could still write he joined overseas voluntary assisted dying websites and told me he was going to order some pills as he did not want to end up a vegetable. I panicked and begged him not to as I feared we could be arrested if they got picked up by customs. Our lives were in a big enough mess without the federal police at our door.

I also told him I wasn’t prepared to administer the drugs and deal with the repercussions which could have meant jail.

We had a hospital room set up in the house − a hospital bed, hoist and breathing machines − as he wanted to die at home.

He had seven falls and choked five times during his journey with MND and there were many ambulance trips to hospital.

Michael didn’t receive support from the National Disability Insurance Scheme because you have to be under 65, he was 68! I fed him, administered his drugs, showered him, attended to his toilet needs, rolled him and attended to any other needs he had. I also was lucky enough to have some family help at times.

After seven months he went to hospice because I was in a state of collapse. The decision was made not by me but his doctor and Silver Chain nurses. It broke my heart as he wanted to die at home. But the hospice − one of Perth’s best − could not cope. It was a nightmare.

They were not used to having to care for someone so incapacitated. They would have three or four nurses nervously hoisting him onto the shower chair. I did it on my own. They suggested he should have bed baths so they wouldn’t have to do it. I had to take his shower chair from home and his sling as none of theirs fitted. He was 6 ft tall but not overweight.

One of his breathing machines would be out of water when we went in at 7.30 in the morning to give him breakfast; we were covering over eight hours a day so he could get the care he needed. One nurse suggested the family should be doing night shifts!

On the second week that he was in the hospice the social worker, on doctor’s advice, told me I needed to get him into aged care as they didn’t know when he would die and hospice has to be for only a few weeks. She would wait for my arrival each day and ask me how many aged care places I had put his name down at.

I spent much of the last few weeks of my husband’s life talking to and visiting aged care places. That was precious time I needed to be by his side. I will never forgive them for that. Michael said he would never leave the hospice − no one was ever going to put him in aged care. With great difficulty, the family and I took him to the MND Walk in Perth, at his insistence. It was his last wish. He stopped eating and drinking and passed away four days later.

Sad as it was and devastating for the family, I guess he was one of the lucky ones as some people with MND last years lying in a bed like a vegetable, nothing working but the brain, can’t even talk, can’t breath properly.

Is that humane? Who wants that for themselves or should have to watch the people they love go through so much agony?

I realise assisted dying needs to be very well controlled. I believe the politicians who don’t believe in it have not experienced what I and many other Australians have. It’s just heartbreaking and if Michael had assisted dying all the family could have been with him as we would have known when. Luckily I was with the love of my life when he passed.