My life partner, Mark Brennan, was born in 1948, and ended his own life on 9 February 2014. After years of being a carer I am confronted by photographs that resurfaced at the celebration of Mark's life (don't dare say the word funeral) and I remember the man I fell in love with. The mad curly hair. The cheeky smile. The songs by the fire. The conversations. The moonlit sailing. The urge to be with him, the urge that turned into an obsession as his health failed. The urge that had me always wanting to get back home to see how he was, the urge that now even now won’t go away. It keeps me in the house. I’m still not able to do the travel that we missed out on. This all sounds very indulgent doesn't it? What I am trying to say is that Mark’s death did not end with Mark’s death, the ripples continue. I am still unable to cope with the way he died. It was our current laws that dictated that he took his life and what happened after.

Mark was born in 1948, in Great Britain, and moved here with his family when he was 11 years of age so his father could take up a position at Sydney University. After training at the Sydney Conservatorium on trumpet as a young teen, with the prospect of a position in the Sydney Symphony, Mark decided he wanted music to be a pleasure, not a career, and went to university to study law. He eventually turned to teacher education, lecturing at Charles Sturt University in Wagga Wagga. He published books pertaining to linguistics and the law, he also ran courses in Judge Education, and was a pioneer in adult literacy courses.

After a series of unfortunate accidents and illnesses over the course of some years In his early 40s, Mark was diagnosed with multiple sclerosis (MS) and ankylosing spondylitis. His professional career was cut short, and he moved to Raymond Island in the Gippsland Lakes. He set up a choir on the island; this is where we met and after a few years our relationship began, at the tail end of the 20th century. 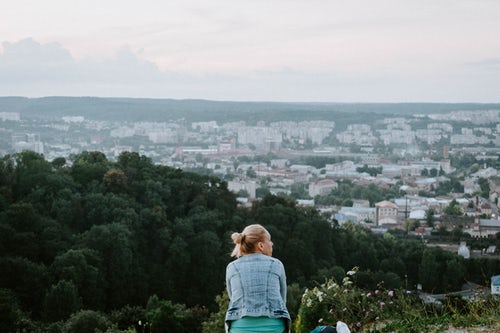 Mark set up his own small publishing business, Wind and Water Press. He wrote and published poetry and also edited and published the works of others. As his ability to work complex tasks diminished, he turned to his more creative side and took up bookbinding, making quality art books and journals for writers and artists. He also greatly enjoyed restoring old books. People would bring their most treasured family books for Mark to repair.

I guess people who are not familiar with the intimacies of MS could think that it’s just about people whose legs don’t work anymore. MS is a mystery illness, it manifests differently for everyone. Mark’s walking and balance were affected and were the most obvious symptom. His feet and toes had no feeling, and while he still could walk, he would walk barefoot down the street to our boat and not notice he had taken chunks out of his skin on the rough gravel road. In contrast to his feet, his skin elsewhere became extremely sensitive, making wearing clothes uncomfortable.

Mark experienced shooting pains through the left side of his body. He had spasms that often came at night. He had short sharp pains that would wake him. Pains under the skin that he called snakes and spiders. He had bladder infections. He gradually became incontinent. His bowels stopped working and he relied on fierce medications, which would suddenly send him exploding to the toilet, too bad if you were out and about! Some days his eyes were reluctant to focus.

Mark had been in the care of the same GP for probably about 12 years. Mark’s GP knew he was a voluntary euthanasia advocate. He had always planned to not live forever in a body that did not work. He had an incredible fear of being stuck in a nursing home.

He did not want to get to the stage Lawrie Daniel describes — trapped in a body and they would keep him alive. They would have kept him alive for decades.

By December 2013 he was assessed as high needs which meant if he was admitted to nursing care he would have been in the high care side of the nursing home, and they would have kept him alive against his wishes. The most devastating loss to him was when he began to lose the dexterity of his hands. He never complained about pain but experienced a lot. Towards the end he was unable to sleep in a bed due to the pain and spasms when he lay down. He slept in an electric recliner chair.

During my appearance before the 9 September 2015 Standing Committee on Legal and Social Issues 43, I was asked how things might have resolved in the immediate term around Mark’s death if it had Voluntary Assisted Dying had been legal?

I was also asked if, ahead of the coroner’s report, did I ever feel at risk during that time I would somehow be seen as being guilty?

In a way, I was lucky. Because we lived on Raymond Island and there was a ferry service — lucky — I went off to the market. Mark said he would not go because it was going to be a hot day, and he did not want to be out in the heat. I said, ‘`I’ll go, I’ll pop over, I’ll get some fruit and vegies and I’ll come straight back’’, so there were people who saw me go to the market. There were people who saw me at the market. The ferry driver saw me go and come back. They knew that I was not there.

The police were very good. They were wonderful, but there were weeks and weeks where I just did not know whether I was going to be implicated. I had fears that there might be a problem. Mark left a note, and he said things in his note like, ‘This is why I had to do it without your assistance’, so he was leaving messages. I am sure he was leaving messages for the police really, not me, but yes, there were times when I worried. That is why he did it when I was not there, because he was protecting me. You see it on the news. People get arrested. If I had been there, I would not have stopped him. But Mark died alone and without a word of goodbye because he had to protect me.