There was only pain, there was nothing more to look forward to

My husband Bruce died in February. He should have died at Christmas-time because that was what he wished. He had no choice because in NSW there is currently no law for voluntary assisted dying. 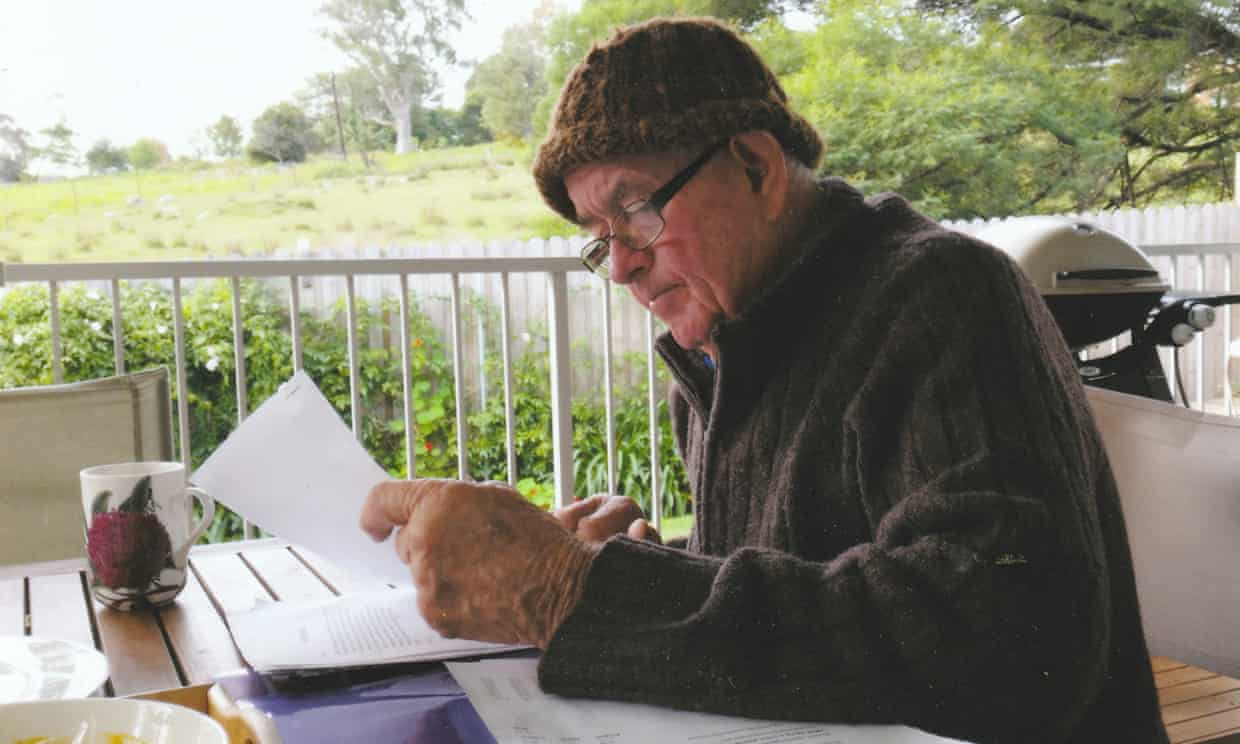 He had an extremely aggressive cancer which began in his tongue. After he underwent eight hours and forty minutes of surgery, performed by a head and neck cancer surgeon in co-operation with a plastic surgeon, the cancer escaped.

At first the surgeon was confident he had removed sufficient margin around the tumour to enable my husband’s survival. The plastic surgeon was pleased with his work in constructing a ‘new’ tongue out of a donor site on my husband’s forearm. Yet another donor site created a skin graft for the forearm. Unfortunately, the graft failed to heal as expected, leading to further surgery and treatment.

After his return from hospital and some recovery time, the medical team decided my husband should have some radiotherapy as a precaution. After extensive planning sessions, including the creation of an individual mask to hold his head still during treatment, my husband drew attention to a swelling on his neck.

A PET scan revealed that the cancer had already spread and metastasised to his lungs and neck. Radiotherapy was called off.

Suddenly the person you’ve lived with for 50 years is going through terrible suffering and you can’t do anything to ease their pain.

Now the aim became prolonging life by chemotherapy. Cure was not possible.

At that point I would have refused further treatment, knowing the disease was terminal. However, my husband made the decisions to try chemotherapy, largely because of his fear of being unable to breathe, and fear of the choking sensation as the tumours grew and his throat became compromised. He had one chemotherapy treatment, in our wonderful local facility, and returned home buoyed for a few days by the steroids administered as part of the treatment. 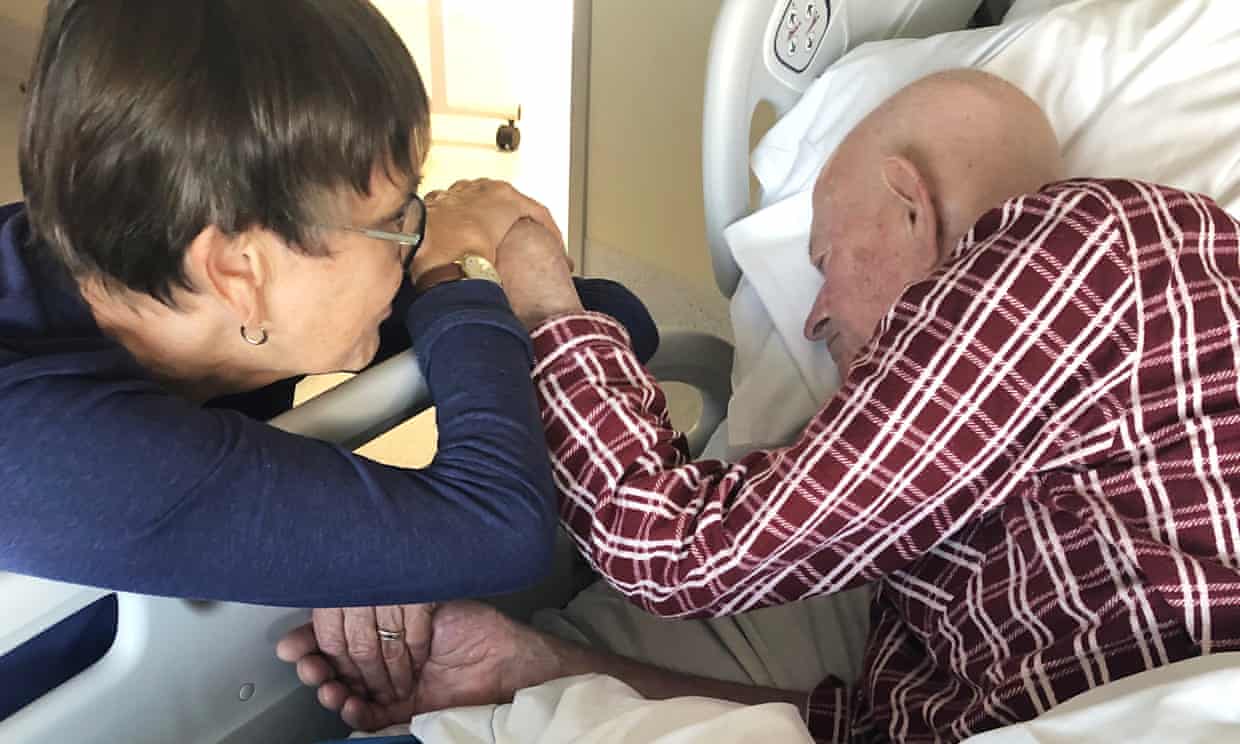 At that point he could eat mushy soft food. Within days it became more difficult for him to swallow and he moved on to soups alone.

Then he lost his appetite and life became somewhat pointless. He tried to make himself eat. As someone who had previously had a hearty appetite, he lost interest in food as swallowing became more difficult. By the time he died, over 20kg had disappeared and his solid frame had shrunk.

He would have happily opted for voluntary euthanasia once he knew his case was terminal.

He never became well enough for a second chemotherapy treatment. Instead, his world shriveled.

He no longer ever got out of his pyjamas. Day by day he spent more and more time in bed. Day by day he needed more help to shower or wash. Day by day his pain relief needed to increase. Day by day he had to accept more dependence on his daughter, myself and our wonderful medical team.

We looked after him until the day before he died, when he travelled by ambulance to hospital, clutching in his hand a syringe – the only thing that allowed him to swallow tiny amounts of water gently squirted into the corner of his mouth. He hadn’t eaten for many days and was bed bound and too sick for visits or phone calls.

It's easy for politicians to hesitate and be indecisive about the issue of voluntary euthanasia. Try living with it. Try watching your husband of fifty years die slowly, where he could have had a peaceful end weeks earlier.

Read Sue and Bruce's story in The Guardian Australia.