Victoria's Voluntary Assisted Dying law relieved 28-year-old Alex Blain's biggest fear - dying of cancer. And, to him, that was the same as saving his life.

Alex Blain’s family describes him as a pioneer.

“As soon as he could read, he was devouring books about science, history and the human condition,” his sister Julie said. “He was always going to be a pioneer. It felt like his past lives had given him a head start, he was the wisest and most mellow kid on the block.

“Engineering, generosity, philosophy; they all shaped his world-fixing ‘trajectory’. 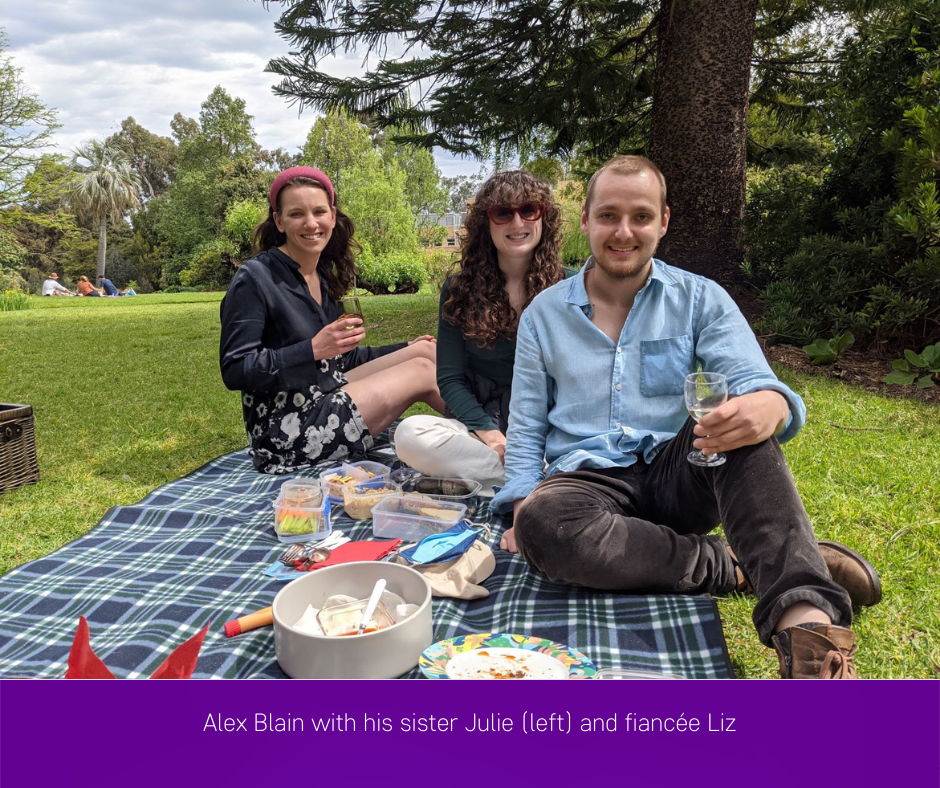 In November 2019, after a series of misdiagnoses, Alex learnt he had CIC Dux Ewing’s Sarcoma, an “aggressive, obscenely rare” cancer with a high mortality rate.

“It was grim but we were hopeful,” said Julie, adding his family struggled to believe someone so young and vibrant could be suffering cancer.

“Alex was a pragmatist, so he marched on with the calmest, most joyful energy he could muster.”

He would often declare that cancer had turned him into an extrovert, showing off “his newfound confidence and the clarity that comes when facing death”. 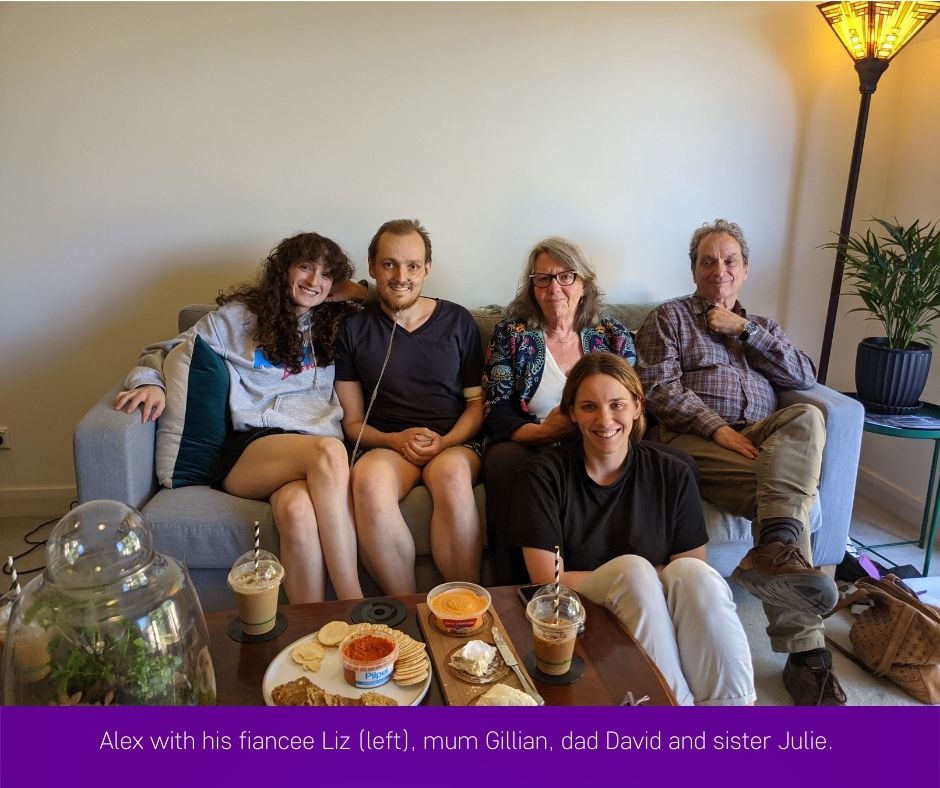 “It was beautiful to watch, he’d come so far,” Julie said. “But few things are more heartbreaking than watching a natural leader, one of the few with a perfectly tuned moral compass, facing a severed future.

Despite his prognosis and failing health, Alex remained dedicated to engineering - his family believing “he would have helped cure cancer, we have no doubt”.

“He’d learnt about the largely untapped potential of nanobots in medical applications* and knew his skills in robotic engineering could help,” Julie said.

“The overachiever-that-could, no one was surprised when he began studying micro-controllers engineering during chemotherapy appointments.

“His metric for a life well lived was leaving a positive legacy and giving it his all.” 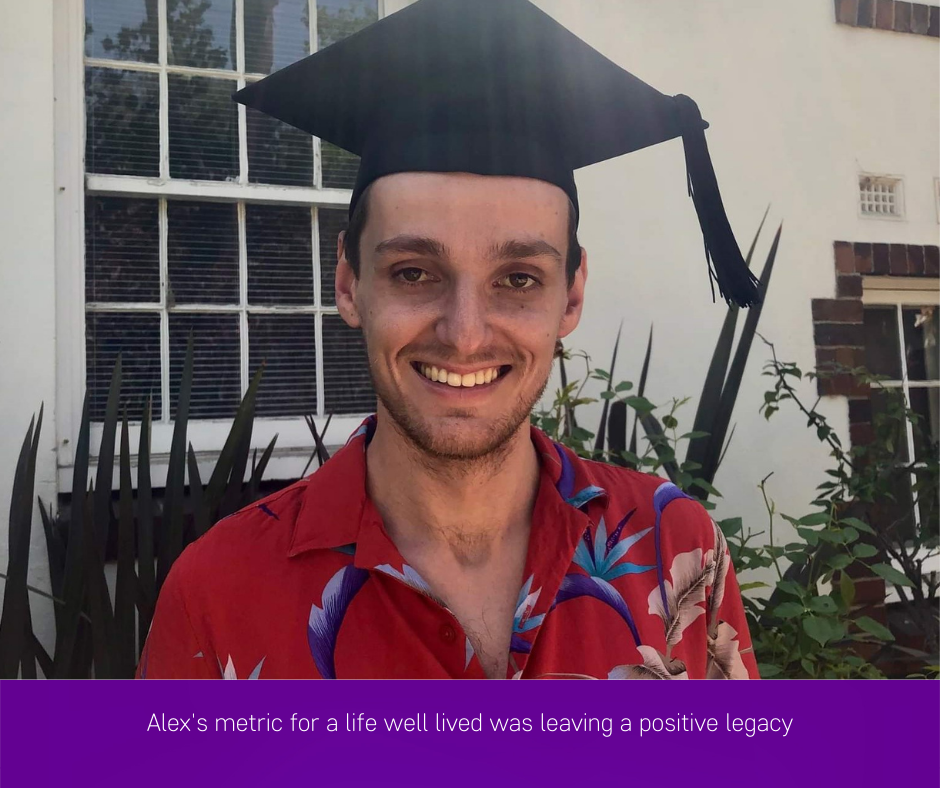 After 19 rounds of chemotherapy, surgery and radiotherapy, Alex deteriorated significantly over December 2020.

A voracious follower of news, he was aware of the legislative status of voluntary assisted dying in Victoria.

His fiancée Liz Tower said: “When the bill was passed in 2017 he thought it would provide a lot of peace and help a lot of people.

“The idea that he could have final control and the ability to find peace gave him comfort early on. VAD definitely helped Alex,” she said.

Julie agreed. When cancer robbed him of all physical control, and threatened a painful, traumatic death, VAD gave it back. “It afforded him the choice to ‘die well’, a stoic adage Alex appreciated, his smile and his wit intact,” she said.

“VAD eradicated his biggest fear - dying of cancer. And to Alex, that was the same as saving his life. It helped him to reframe his situation as ‘lucky’ because he knew there was a way out from his living nightmare.”

“That confidence never wavered through to the end. Alex gave himself compassion and remained Alex until the end.”

This reframing helped Liz clarify her own views on assisted dying: “I’ve come to the conclusion that VAD has very little to do with death and a lot to do with life. VAD allowed Alex to live while he could and it allowed him to take control of his life.”

His family said “it felt too sudden” and they wondered if he “understood the finality of it all”.

“But of course he understood, far better than the rest of us could,” Julie said.

“And whilst he graciously and kindly offered to postpone for mum, if she wasn’t ready to say goodbye yet, we knew it wasn’t up to us, and that he was making the right and best decision.

“He’d never been this confident in a decision before.

“That confidence never wavered through to the end. Alex gave himself compassion and remained Alex until the end.”

‘I feel empowered and now as it is getting towards the end of things I know that I have control back.’

Surrounded by his family and fiancée on the balcony of his Richmond riverside apartment, Alex self administered the VAD medication exactly when he said he would.

He raised the cup, said “fuck cancer” and swallowed the medicine, quipping that it “tastes like tartare sauce”.

He chased it with his favourite drink - an iced latte from his local cafe - and sang along to David Bowie’s Heroes, which was playing in the background.

Three days before he died, Alex recorded feedback of his experience of applying for an assisted death.

In a submission to the Victorian VAD Review Board on 2 January, he wrote that VAD “gave me my life back just as I started dying”.

“I handed my treatment and body over to medical professionals for over a year and in many ways lost autonomy over my body,” he said.

“VAD has given me the power back.

“I feel empowered and now as it is getting towards the end of things I know that I have control back.

“I can show myself compassion and choose not to die of cancer.

“It is a small thing but the peace of mind it has created is immeasurable.”

Alex said that, administratively, applying for VAD was easy, although going forward VAD “needs to be more widely embraced and talked about”.

Alex’s family said the respect and compassion from the VAD team meant Alex left every appointment with a sense of relief and a spring in his step.

“The barrier that doctors aren’t legally able to mention VAD as an option he found to be nonsensical and unnecessarily inaccessible, especially for non-native English speakers,” Julie said.

“He was grateful the program was rolled out just in the nick of time for him to access it, and he was grateful he was old and strong enough to advocate for VAD himself.”

Alex also left his family with some final words - including a message to fight for voluntary assisted dying laws.

“Advocate for VAD in your state - lives depend on it.”

* Alex’s family is investigating the potential of a Mechatronic Engineering scholarship in Alex's memory. For more information head to the Go Fund Me page.