Assisted Dying in Australia: Where to next?

With three more Australian states looking to follow the lead of Victoria and Western Australia and introduce assisted dying laws, 2020 is shaping up as a pivotal year for more compassionate end of life choices. 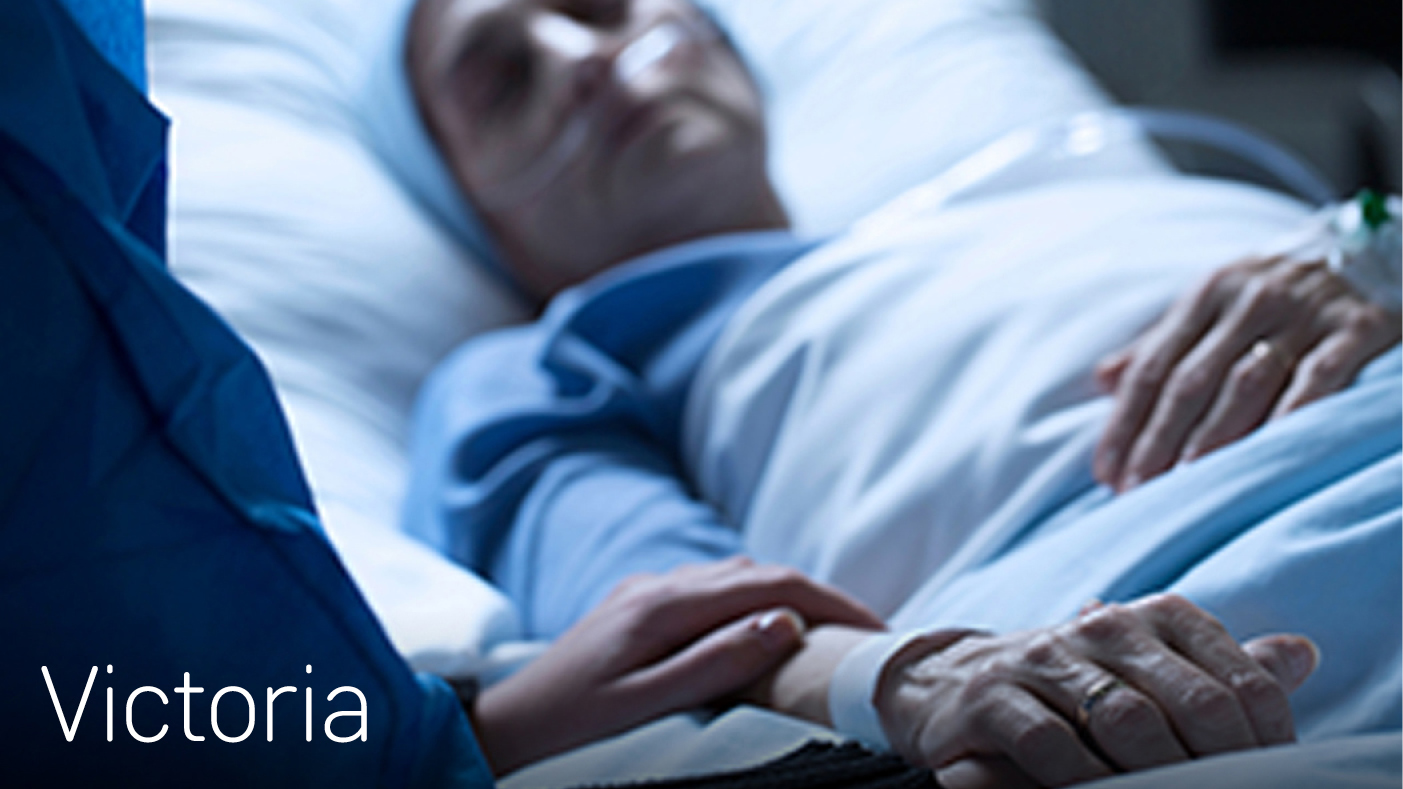 Victoria is the only Australian jurisdiction where adults in the end stage of a terminal illness and suffering intolerably can legally seek medical assistance to end their lives.

Passed by the Victorian parliament in 2017, the Voluntary Assisted Dying Act came into effect in June 2019, giving eligible adults with less than six months to live – or one year if they have a neurodegenerative condition – the right to access life-ending medication.

According to the Voluntary Assisted Dying Review Board's second report, by the end of 2019 the system had received more than 136 applications to use the new VAD law. Of these, 81 people were issued with a permit and 52 died using the approved medication. However, access remains a serious issue, with concerns that people are being held back by a lack of accredited specialists to approve applications. 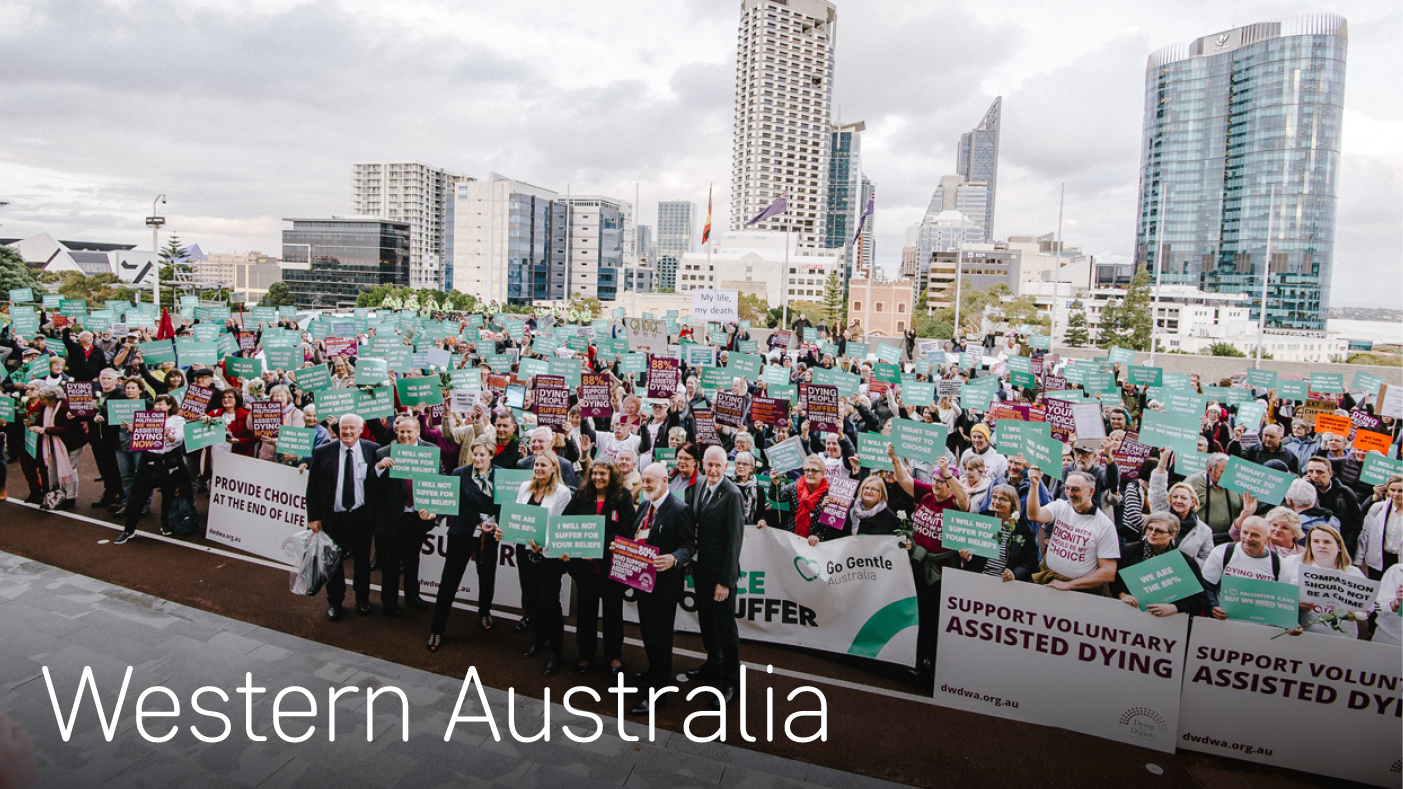 Western Australia made history in 2019 by becoming the second Australian state to pass a VAD law. The WA Parliament passed the Voluntary Assisted Dying Bill on 10 December after more than 180 hours of debate.

There are several important differences between the WA and Victorian laws: there is no requirement for a specialist physician to assess patients in WA, and doctors and nurses can raise the option of VAD with patients during a medical consultation. This ensures people with terminal illnesses are aware of all their options.

There is now an 18-month implementation period before the law comes into force in mid-2021. 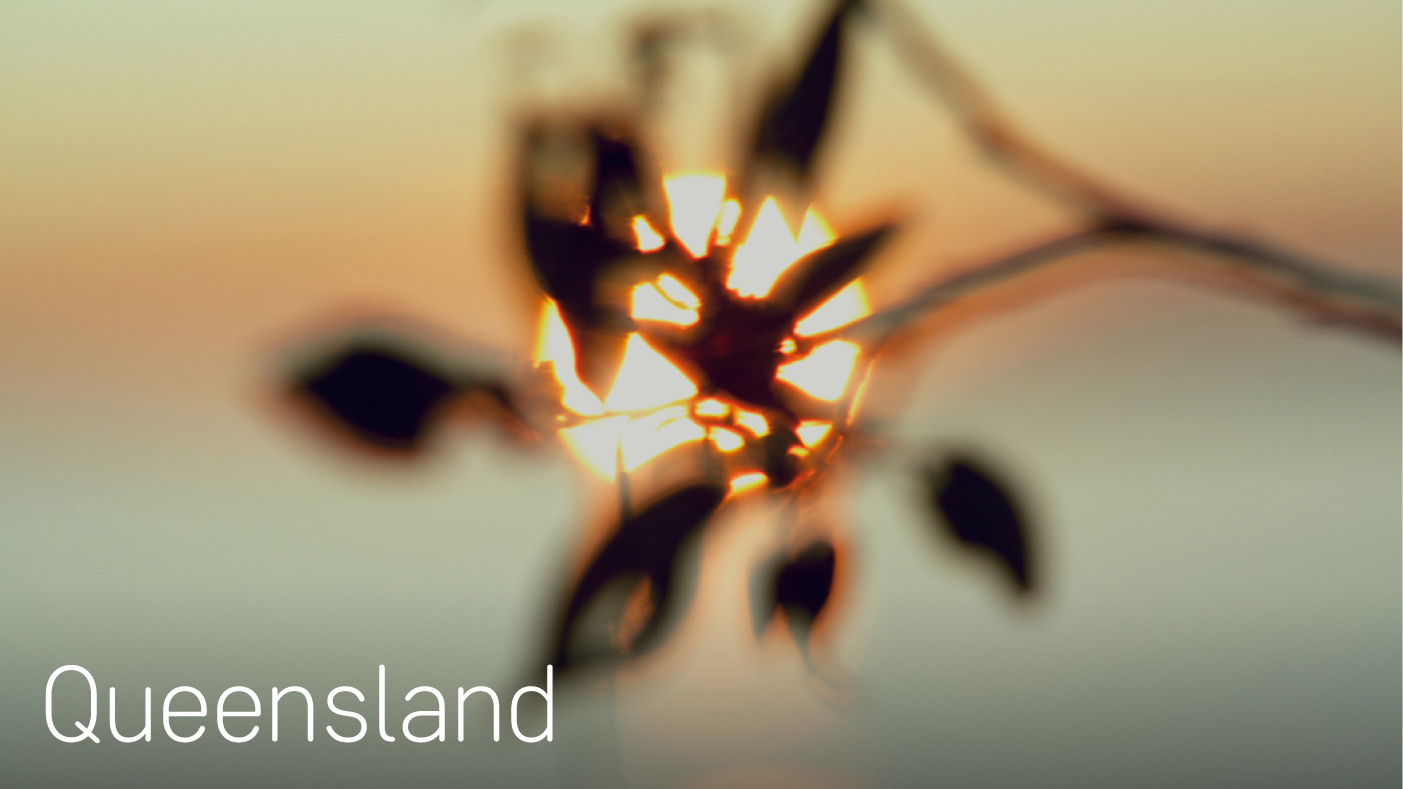 With a wide-ranging parliamentary inquiry into end-of-life care now wrapped up and recommendations made to introduce a Voluntary Assisted Dying law, Queensland could be the next state to consider a VAD bill.

However, advocates are concerned that the government is running out of time to draft and introduce legislation before the next state election, due in October 2020. Tanya Battel, a Queenslander with terminal breast cancer, has launched a petition urging the Premier to move quickly on the issue.

Unlike other states, Queensland has never considered a VAD law. Significant work is required to prepare the community and parliament for what will be a gruelling debate.

Highlighting the urgency in Queensland was data from the National Coronial Information System which showed that, faced with the prospect of an agonising death and seeing no other alternative, more than 80 Queenslanders with terminal or debilitating physical conditions are taking their own lives each year.

David Muir, chair of the Clem Jones Trust, has said the situation “indicates the damage done by the policy vacuum on voluntary euthanasia law reform”. 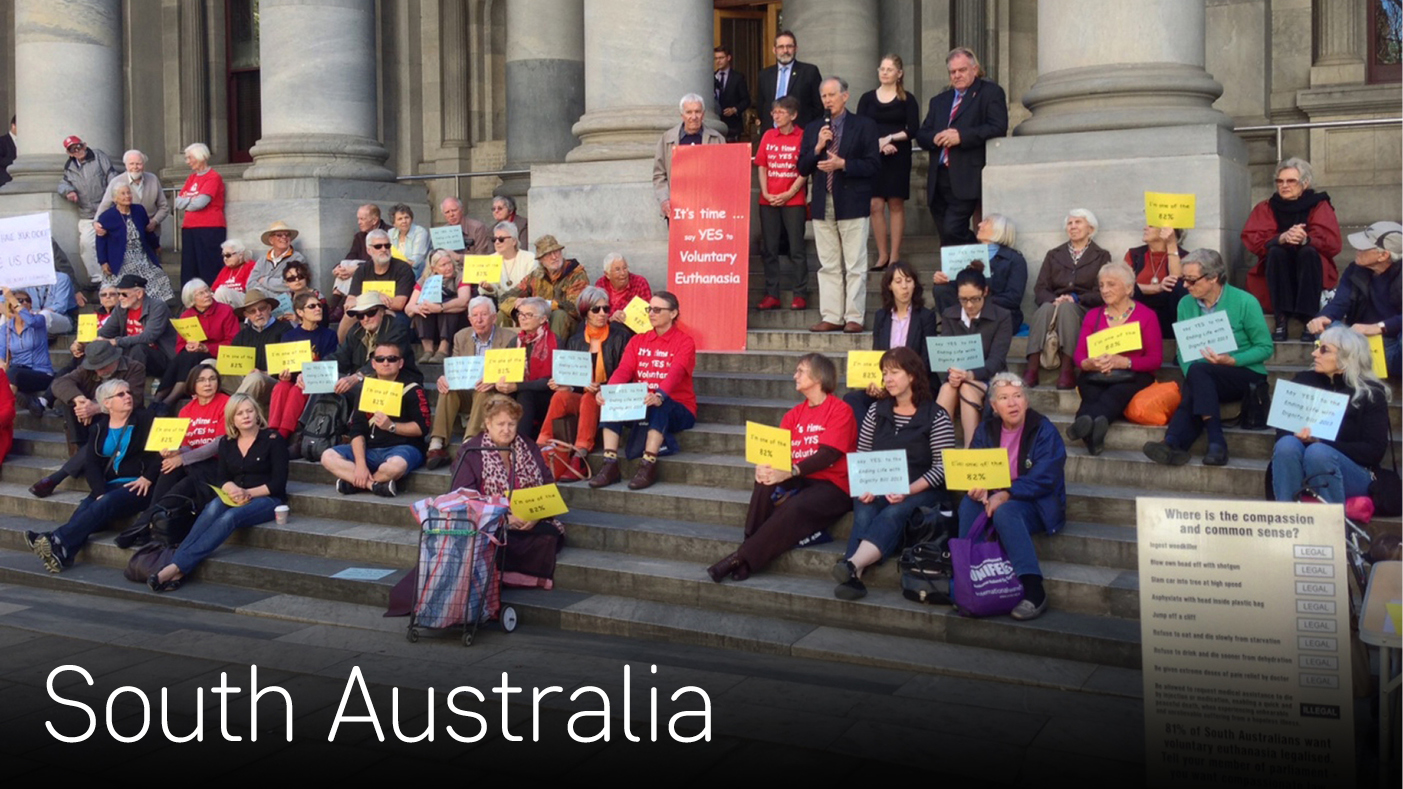 South Australia’s parliament is also in the midst of a joint select committee inquiry into end of life choices to investigate whether SA should introduce VAD legislation similar to laws passed in Victoria and WA. Launched in April 2019, the committee over seeing the inquiry is due to hand down its final report in early 2020.

Advocates are hopeful the report will be supportive and recommend the introduction of a VAD bill, but it is unclear whether any resulting legislation would be government sponsored.

If a bill is proposed, it will come three years after a private members bill – the 15th debated in the state – was defeated in the SA Parliament by one vote in 2016. 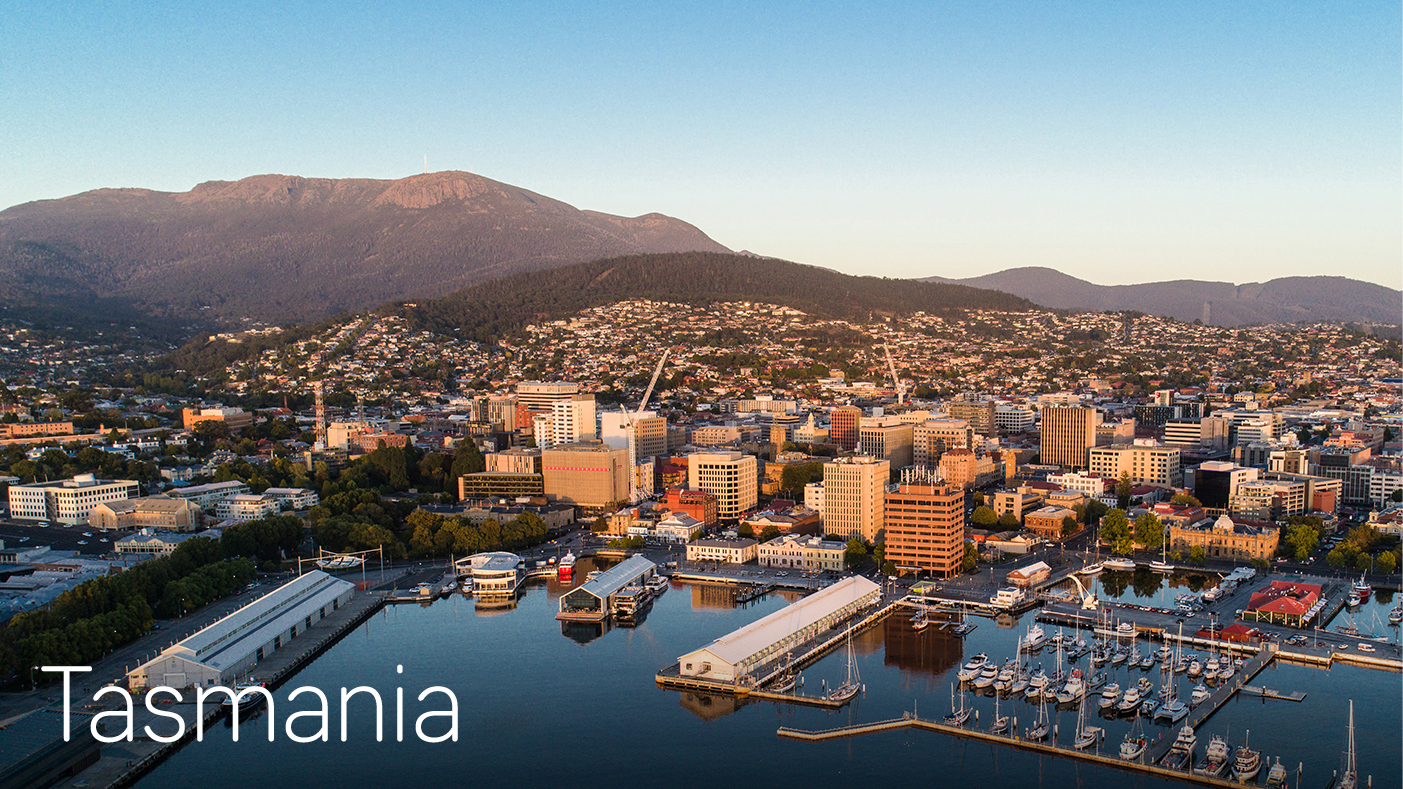 Independent MP Michael Gaffney plans to introduce a VAD bill to the Tasmanian parliament in 2020.

The MP released a draft bill for public comment in late January and was seeking community feedback on its content.

Advocates are unsure of the Tasmanian parliament’s appetite for revisiting the VAD debate, especially given the decision by Will Hodgman, in January, to stand down as Premier and leader of the Liberals. It is unclear where new Premier Peter Gutwein stands on the bill; however, he has voted against assisted dying bills in the past.

Since 2009, there have been three attempts to introduce VAD laws in Tasmania, with the last, in 2017, defeated 16 votes to eight. 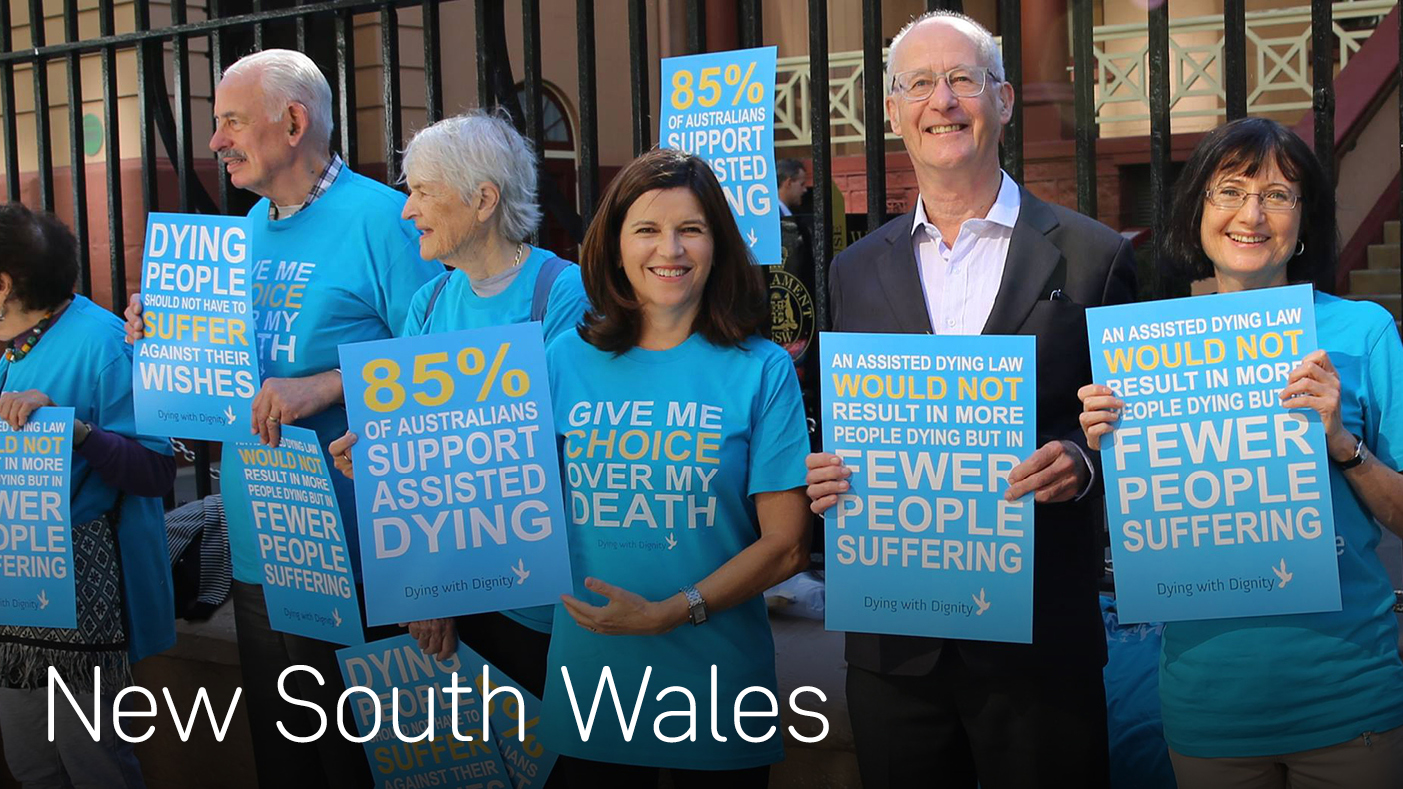 The prospect of a VAD law in Australia’s most populous state remains extremely uncertain.

The most recent bill, in 2017, failed to pass the upper house by a single vote. Advocates had expected another bill this year; however, acrimonious debate over abortion reform in 2019 led Premier Gladys Berejiklian to rule out further conscience votes or significant social reform in the life of this parliament.

Meanwhile, the Voluntary Euthanasia Party in NSW has rebranded as the Reason Party NSW. Its sister organisation in Victoria, led by Fiona Patten MLC, was instrumental in pushing for a parliamentary VAD inquiry in that state. If no new bill eventuates in the life of the current parliament, the party will ensure VAD is a central issue at the next election. 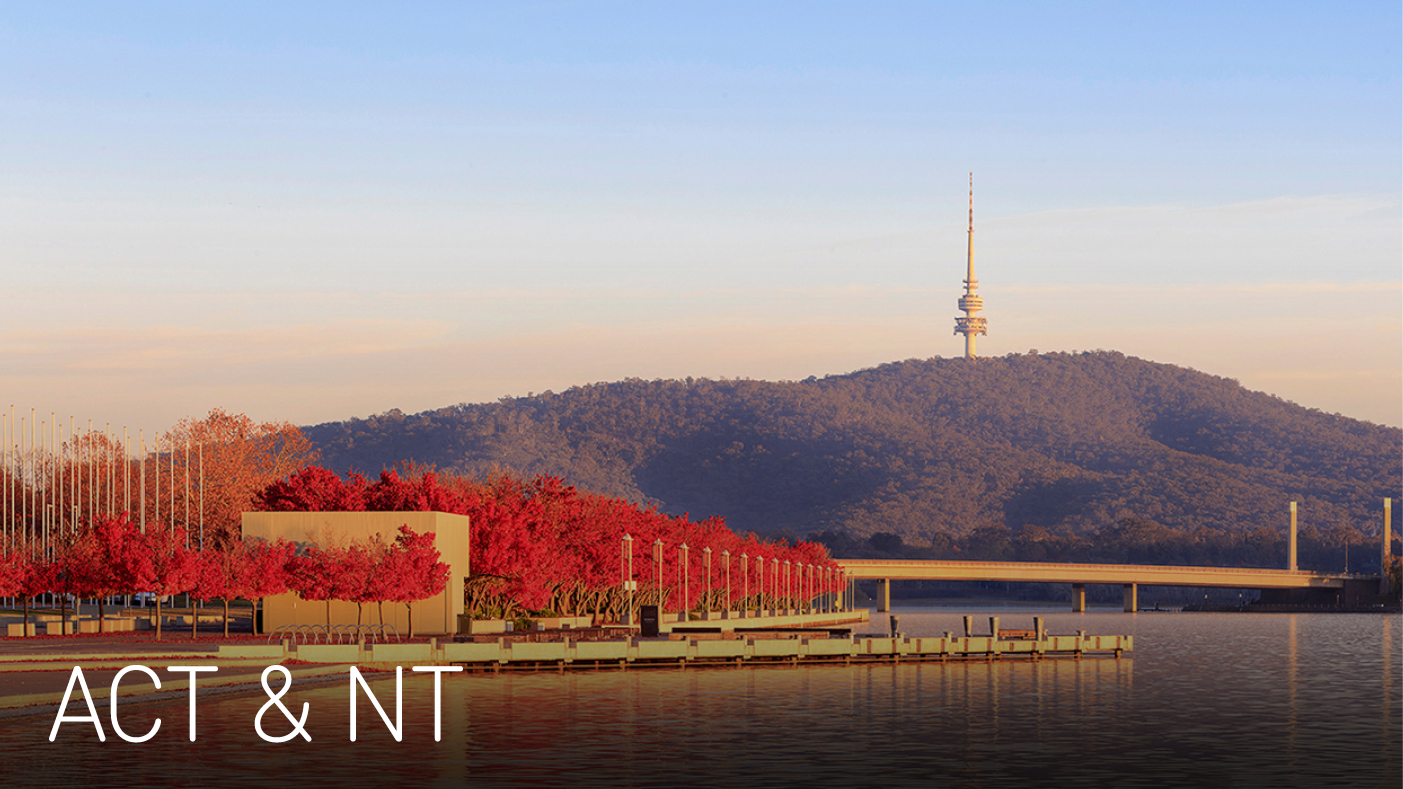 The Northern Territory passed Australia’s first voluntary assisted dying laws in 1995, only to see them overturned less than two years later by the federal government.

Legislation introduced at the time by the Commonwealth stripped the NT and Australian Capital Territory of the right to legislate for themselves on the issue.

Despite the prohibition, in 2019 the ACT government responded to a Report of the Select Committee on End of Life, renewing calls for the restoration of the territories’ rights to legislate on VAD. Health Minister Rachel Stephen-Smith said the ACT was committed to offering more choices for people in end-of-life care. 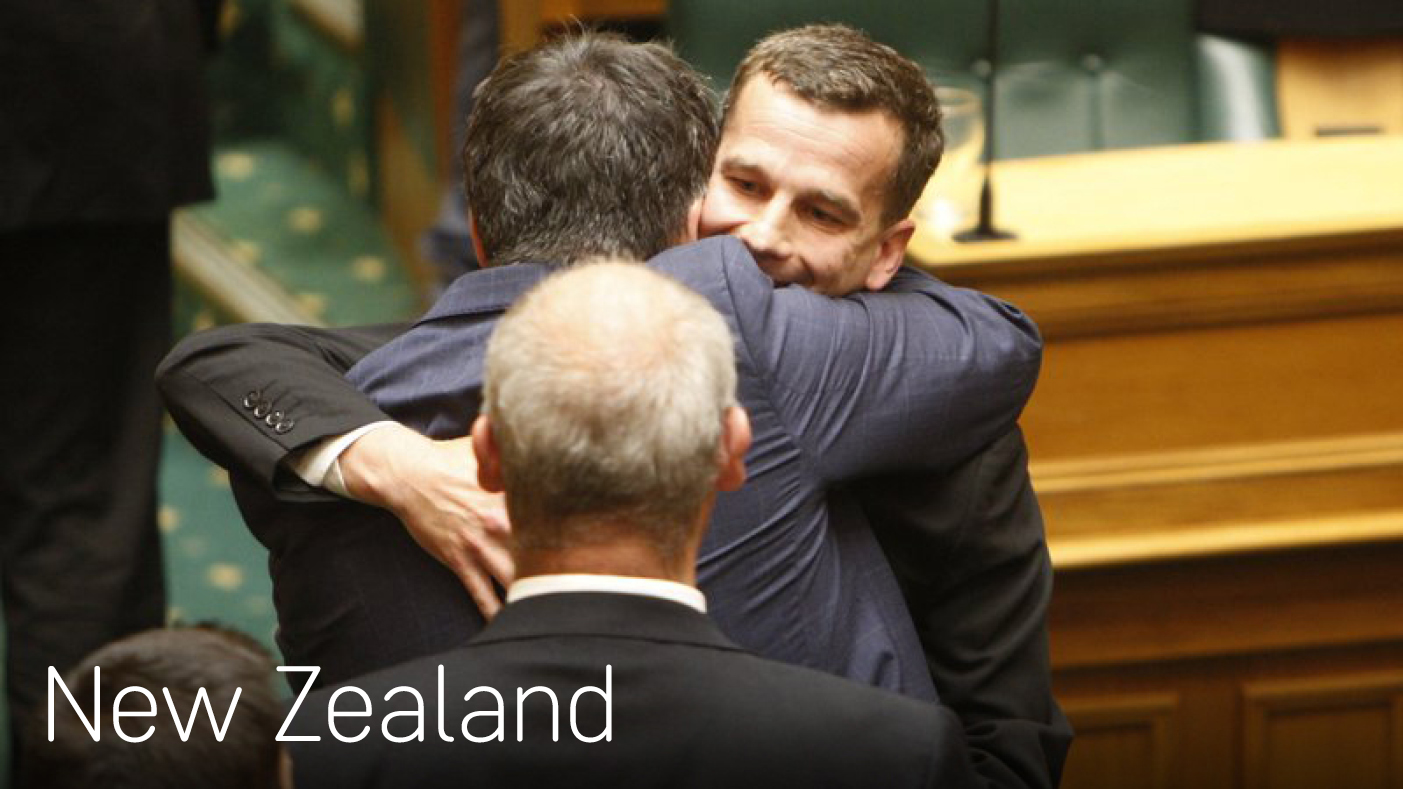 A successful VAD law in New Zealand is of great interest to Australia, adding pressure for further law reform here.

After a long, and brutal, debate, New Zealand’s parliament passed the End of Life Choices Bill by 69 votes to 51 in November. The Bill sets out what the country’s assisted dying law would look like.

The proposed law will now go to a referendum for final approval as part of the general election scheduled for 19 September 2020.

Go Gentle Australia believes every terminally ill Australian, no matter where they live, should have the same fundamental right to access more compassionate end-of-life choices, including voluntary assisted dying.

Join our campaign for VAD laws in every Australian state and territory.

*This article was updated on 31 January 2020 to reflect the release of the Tasmanian draft VAD Bill and the announcement of the date of the NZ general election.

*** Another edit on 10 April 2020 updated the story to reference the release of Queensland's parliamentary inquiry report into VAD.