Desperately ill with three kinds of cancer and without access to a voluntary assisted dying law, Ken Dickson saw no way to end his suffering other than to take his own life. "What he went through at the end was horrific." 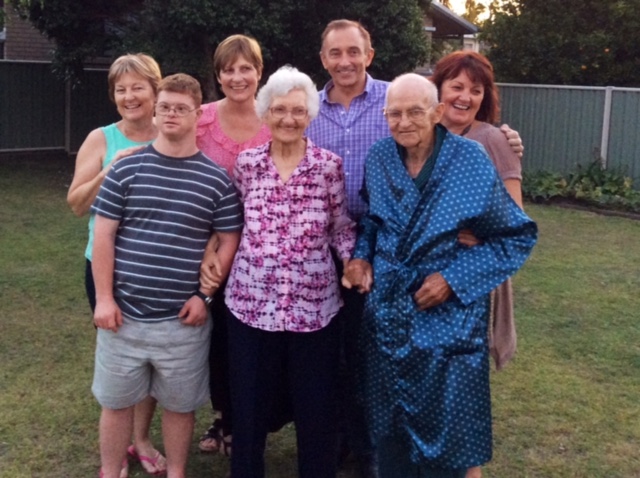 Our beautiful dad, Kenneth Stanley Dickson, took his own life on Friday 9 October 2015 at the home he shared with mum and Down Syndrome son, Jason. 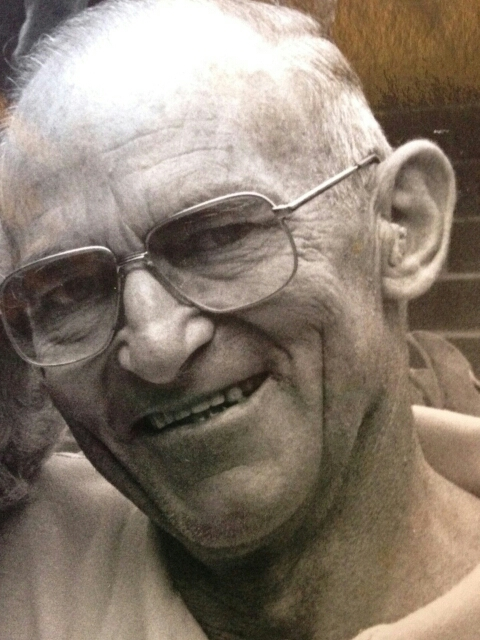 Dad was 81 and suffering terribly with his third bout of cancer. He had cancer of the oesophagus, a tumour behind his eye and also non-hodgkin’s lymphoma. Although Dad was on a lot of medication there were days when it just wasn’t enough and the side effects of the medications were unbearable.

He got down to a weight of just 45 kgs. Dad was a true gentleman, loved and respected by everyone who knew him. It hurt Dad’s dignity and pride that his daughters and wife had to shower him and change his soiled pants, but we would do it all again for him tomorrow.

Dad was a devoted and dedicated Christian. A Baptist, he was very involved in the church and his dad had been a Baptist minister. Towards the end he became a strong supporter for euthanasia to be legalised in Australia.

What dad went through, especially in the end, was horrific.

He made the heartbreaking decision to take his own life, hanging himself in the backyard. 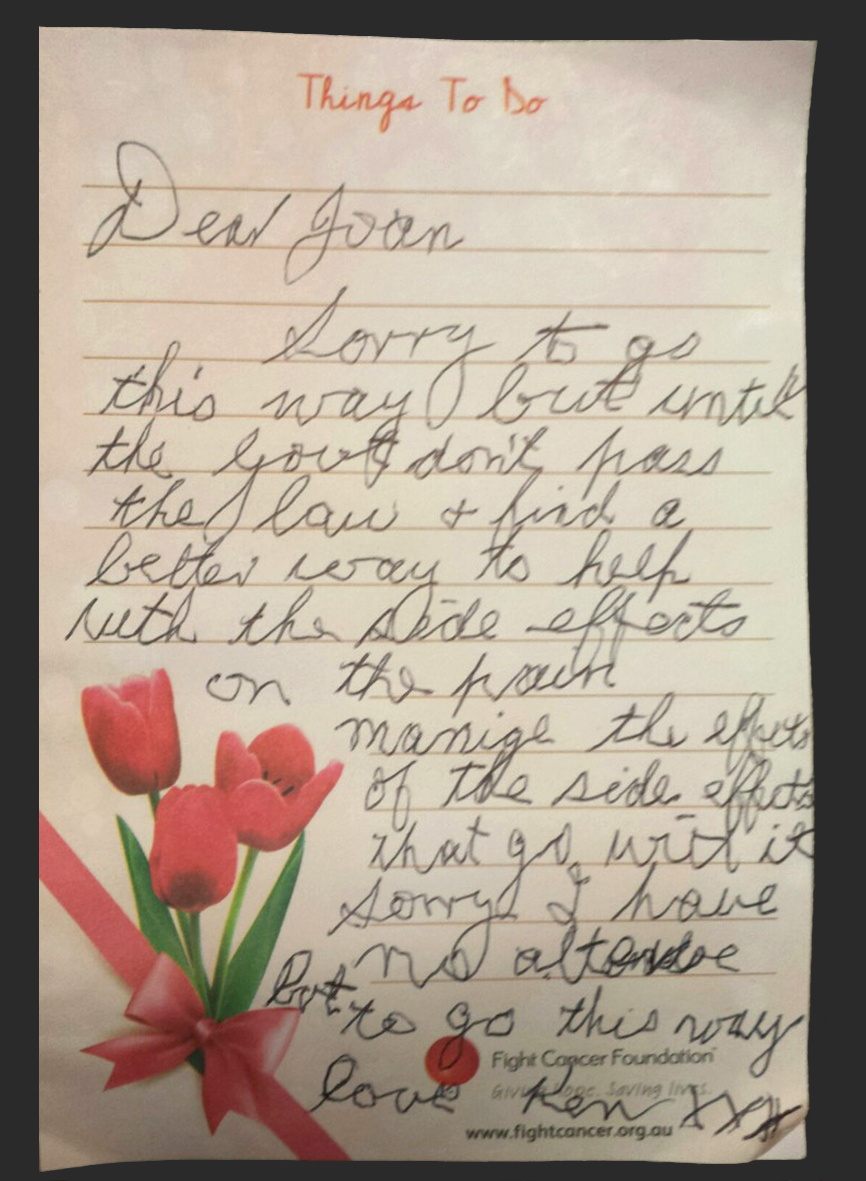 Jason, who has Down Syndrome, was the one to find dad and that made the situation even worse, if that was possible. Jason is still saying that dad is coming home soon, he just doesn’t understand.

Dad left behind a note to our mother, expressing his desperation to the end. All he wanted was for someone to help end his suffering so that he could die in peace with dignity, which is what he deserved.