Diagnosed with terminal ovarian cancer, Siobhan O'Sullivan has a simple message to Upper House MPs: 'Give me the choice not to suffer'. 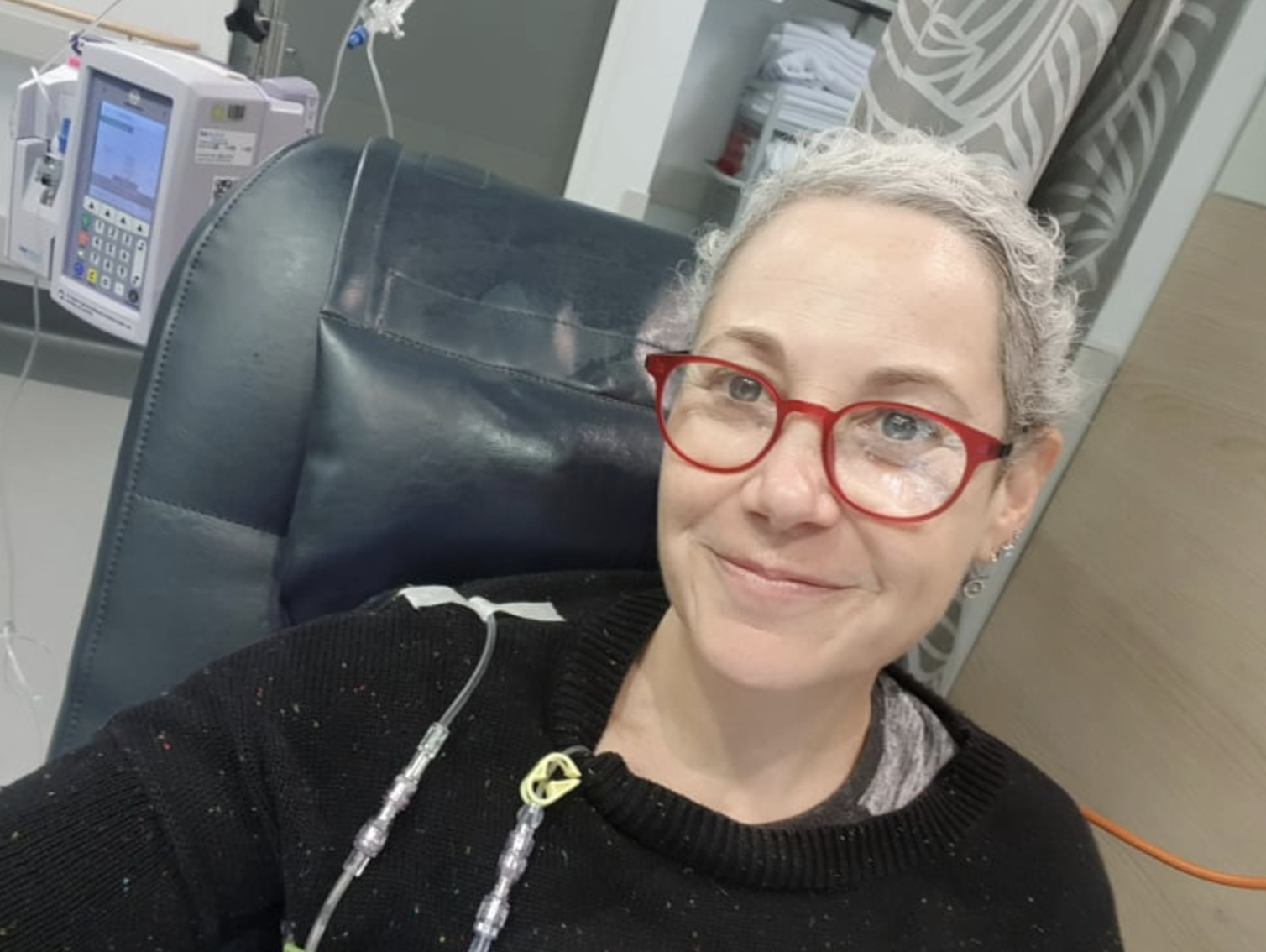 In mid-July 2020, as Sydneysiders were still adjusting to the first major COVID-19 restrictions, Siobhan O’Sullivan was motivated to shift some weight from around her belly.

At 46, she felt her mid-section was changing, likely from housebound inactivity. She wasn’t used to being idle.

An associate professor of politics at UNSW in Sydney, Siobhan was extremely engaged in research around her twin passions of animal welfare and the alleviation of social issues connected to poverty.

Feeling sluggish and bloated, she took herself off to boot camp, which entailed sit-ups and stomach crunches.

“I thought, ‘Oh, my stomach and lower abdomen feel quite dense’,” she said.

“I remember thinking, ‘This feels different’.”

On 4 August, just three weeks after her strenuous training, Siobhan was diagnosed with stage 3 ovarian cancer.

Within a year, the cancer had spread, and doctors broke the news that her illness was terminal.

As she underwent gruelling treatments for the disease - considered a “silent killer” because of a general lack or vagueness of symptoms - her thoughts turned to advocacy.

She knows the passage of the laws - which are still working their way through the state’s Upper House - will likely come too late for her.

But she says they will make an untold difference to those who come after her.

“If I could tell my story to most people with an open mind, they would think it's not appropriate that I just suffer, when that suffering can be addressed so easily.” 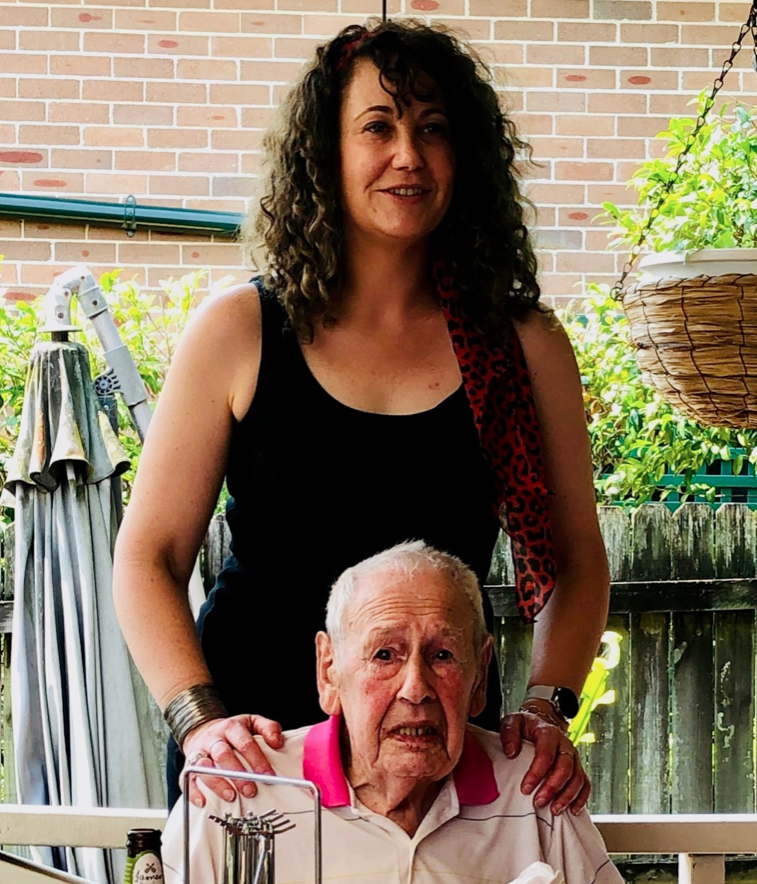 “In the week prior to my diagnosis, I was starting to say to people, ‘I’m not feeling right - I think it's stress because dad’s going to die soon’,” she said.

“The week before dad died, I went to the doctor and said, ‘Something’s not right’.”

Doctors had initially suspected constipation, irritable bowel syndrome and even appendicitis. It fell to an ER doctor to deliver the grim news - ovarian cancer. The silent killer.

The first week after Siobhan’s diagnosis was particularly stressful for her, as her father weakened and she was unable to visit him.

Within a week, she felt stable enough to leave hospital, and she and her family went directly to her father’s bedside. He died later that day.

The next day, Siobhan was back in hospital. Her first round of chemo was then held off, to allow her to attend her father’s funeral. 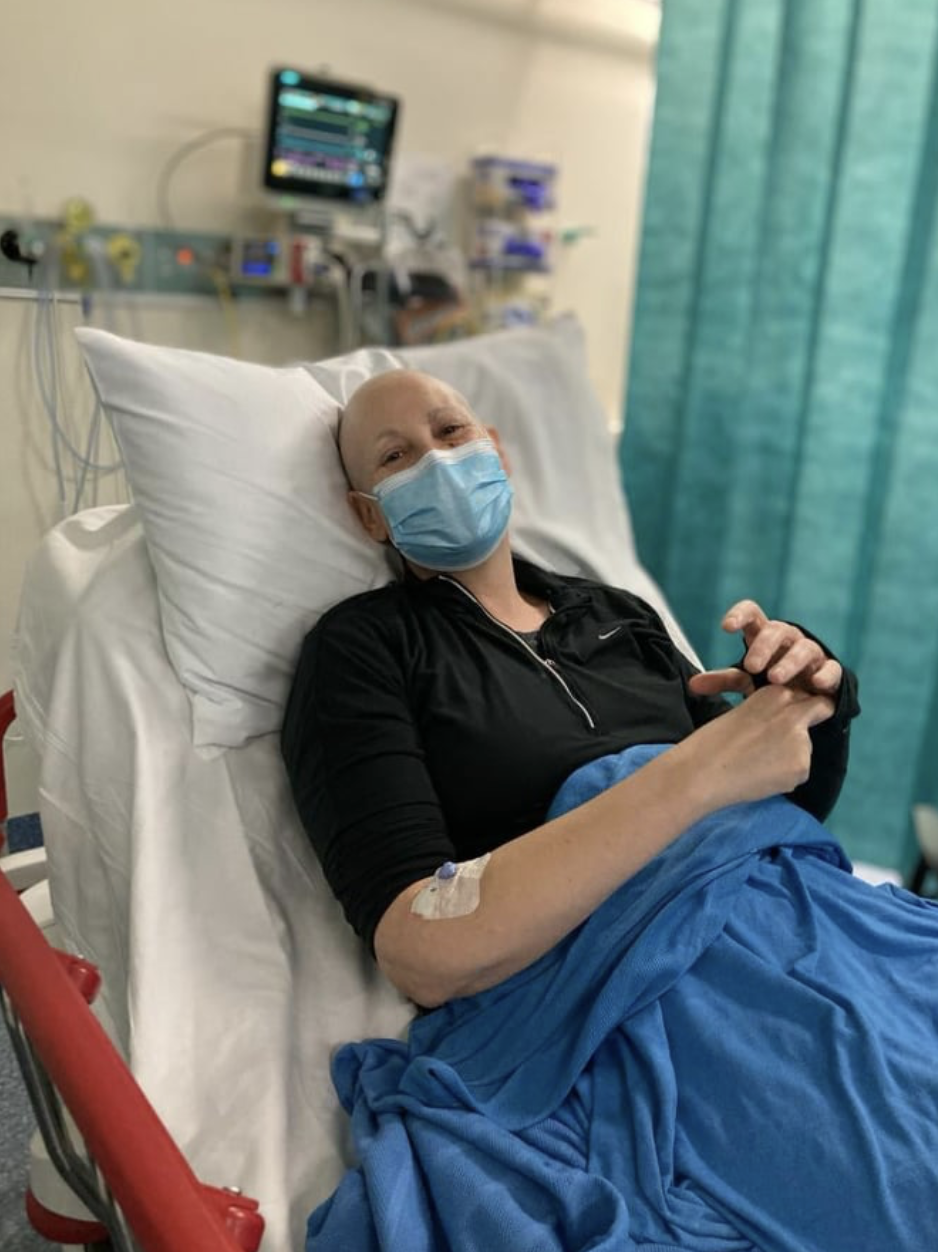 The treatments caused unexpected side effects - during the operation to remove the cancer, known as debulking surgery, Siobhan suffered a stroke. She has since had a second stroke and now walks with a cane after becoming blind on her right side.

Despite extensive treatments, scans in March 2021 showed the cancer had spread.

“That was a huge blow because a lot of women at that point do get some remission time,” she said.

In mid-2021, Siobhan was accepted into a drug trial which “looked promising at the start”.  But she was removed as a participant when the cancer continued to spread. It is now in her liver.

She is now classified as “chemo resistant”, which she says effectively means she could have about a year to live.

Despite living with death, Siobhan maintains her humour and optimism, and is continuing her advocacy.

“Ovarian cancer is very, very terminal - it has something like a 23 per cent survival rate - and it is in desperate need of funds and research,” she said.

She is also busy making plans for after her death - divesting property and funds to her niece, nephew, godson and his sister, and ensuring her podcast is in good hands.

And she is bequeathing $50,000 to the Australasian Animal Studies Association which, with her help and dedication, is setting up a new animal studies scholarship.

Will it be called the Siobhan O’Sullivan Prize?

“To be honest, I’m kind of hoping it won’t be but, in my heart, I suspect that the second I drop dead that will change,” she laughs.

At this stage, more than ever, prognosis is important to Siobhan, if only so she can tie up loose ends.

“I do want to know when I'm going to die, because I want to plan,” she said. “Time really matters to me. 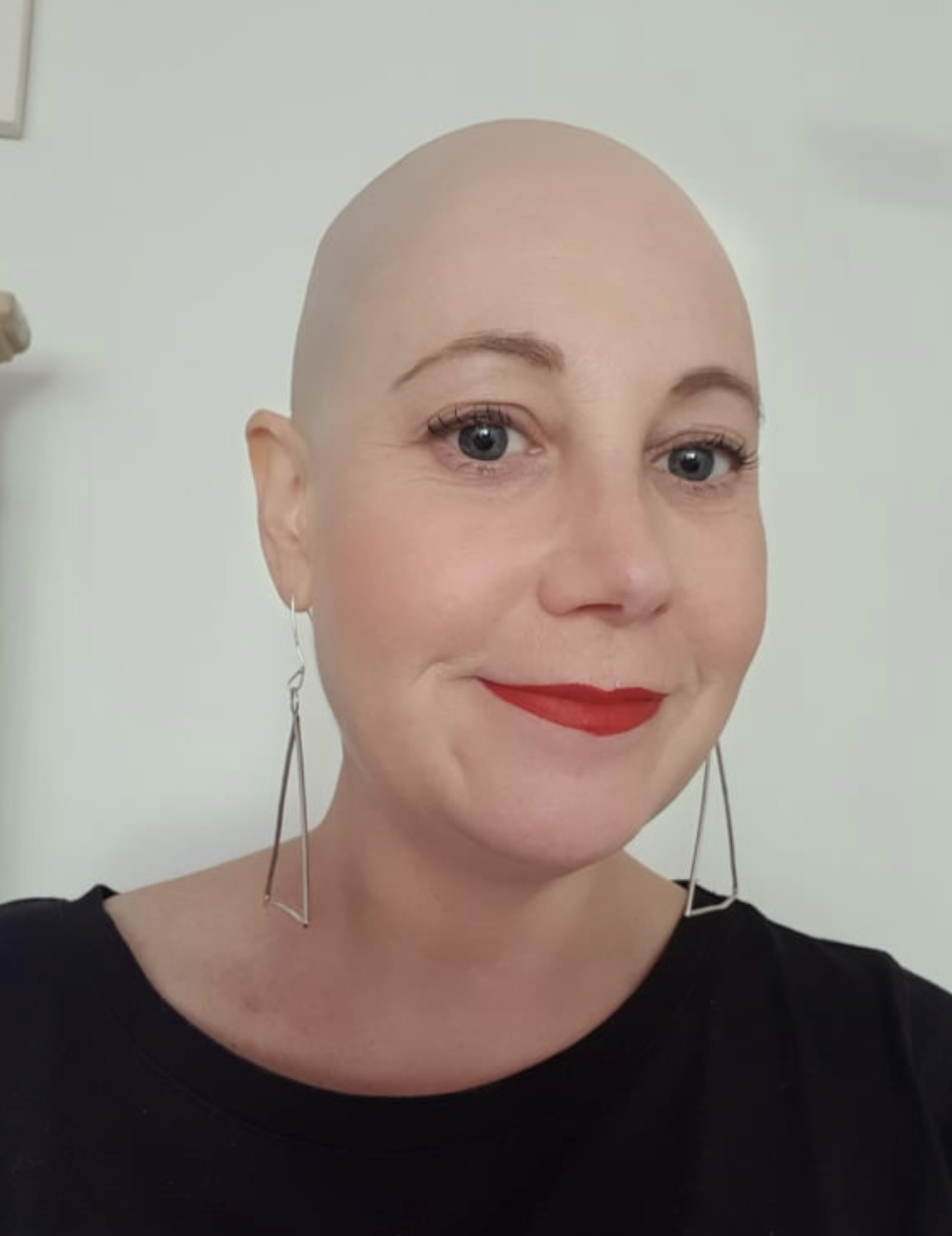 Now, towards the end of her life, Siobhan would feel immensely comforted by the thought that she could opt to legally end her life before the final ravages of cancer bring even more suffering.

And she’s urging NSW Upper House MPs to pass the legislation which the Lower House voted for - 52 votes to 32 - in November 2021.

NSW is the only Australian state not to have VAD laws, which disappoints Siobhan, who had been living in Melbourne before moving back to Sydney for her work.

“If I were still in Victoria, I would have a suite of options available to me that as a resident of NSW I don’t have.”

“What I feel really aggrieved about is that, for me to stay connected to my friends and family in Sydney, I have to stare down the barrel of dying slowly and uncomfortably.

“It is so disappointing that NSW is behind other places.”

There is no benefit in suffering

Siobhan says that with VAD laws still not passed in NSW, she feels she hasn’t “even had the opportunity to talk to people about what it would be like to consider an assisted death”.

“My view is that there is no benefit that's going to come to me, or my family, or this world, for me to suffer the last couple of weeks of a death by ovarian cancer,” she said.

“That's not to say that I want to die today - there is still a lot about my life that I really enjoy and there are a lot of things I want to do.

“But there’ll come a time when that won't be true.”

She says, were VAD laws in place, she may not necessarily take up the option.

“Maybe I wouldn't. Maybe I would be quite happy to ride out those last few weeks,” she said.

“I just don't have that choice available to me and I think that is wrong.”

Too late for her

Siobhan understands assisted dying laws will likely be too late for her.

“But this is for the other people, for the next people - the people in one, two, three years time,” she said.

She also emphasises that the option of VAD is not just for older people.

“It’s also about younger people who have these terrible diseases, who are going in absolutely one direction - the graveyard,” she said.

“How much can we alleviate their suffering before they die?”

Ahead of the Upper House debate, Siobhan has a simple message to parliamentarians.

“I am terminally ill and I will die soon,” she said.

“So far my suffering has been considerable. I want to die without suffering immensely.

“I want to have options available to me.

“I want to stay close to friends and family.

“NSW needs to make the option of assisted dying available to people in my situation. 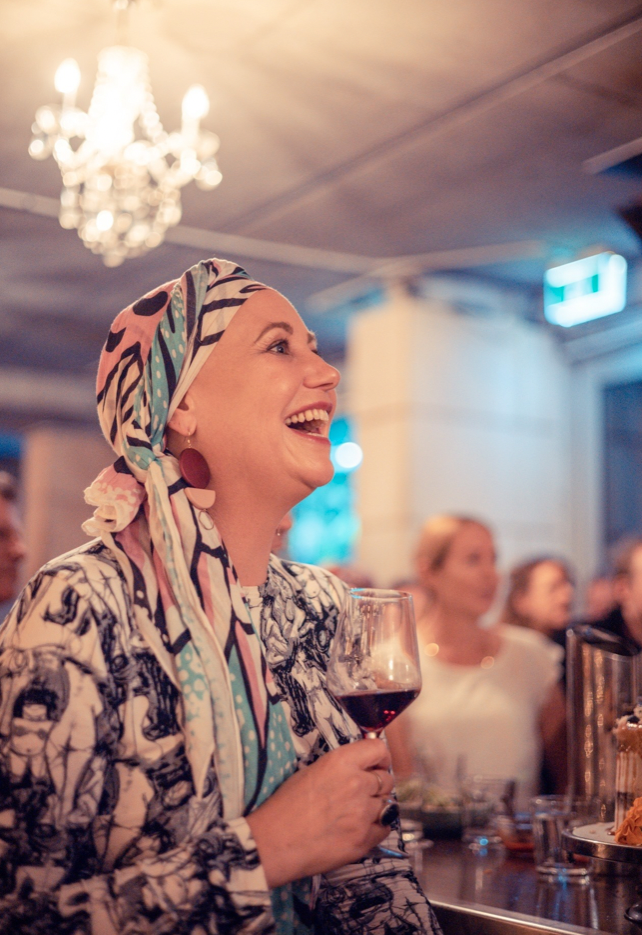