Mum was a very quiet but strong person - never complained when she was ill.

On Christmas Day 2015 I went to collect mum from the nursing home she was in. Mum was unable to walk but had her faculties about her. As soon as I saw mum I knew something was wrong, she looked very tired and thin. The next day I went back again, mum was dressed but in bed. I was told mum asked to go to bed as she was tired. I asked for a doctor to come see her but after waiting a few hours I said to ring an ambulance. I knew she had to be dehydrated as she was very thin. This was the 9th of January.

The ambulance came and mum was transported to hospital. They were very good to mum, they could see how sick she was. When we got to the hospital someone said to me, ‘be firm as they only come here to die.' He stayed with us for some time, a doctor came and said mum would be tested for gastro, she was dehydrated and malnourished. He said he would give her a drip and would probably send her back to the home. I was so angry and stayed until early morning to make sure she got a bed. Mum stayed a couple of days at hospital then was moved back to the home in the rain. 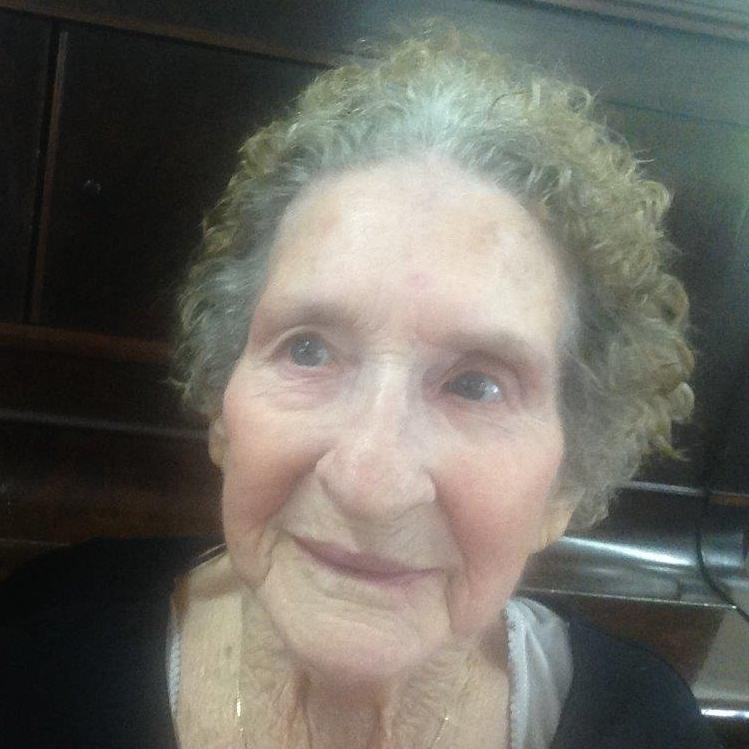 On January 15th mum returned to hospital. She was not breathing very well, and after some tests we were told to gather family as she could pass at any time.

Over the next few days mum was treated with all sorts of drugs, then it was decided to just keep up the morphine and injections for her breathing. She was on a very light diet. The nursing staff was very good to mum but we could see it was becoming a burden with her colostomy bag and needles. I also think as we were a big family and loved by mum there was too many of us there but we all wanted to be with mum.

It was then decided to move mum back to the home, on condition her doctor came and took over her care and palliative nurses. We had no say and this was not what we wanted. Mum was back in the home on 25th January, I signed some paperwork DNR as this is what mum had requested before in hospital.

Mum was so scared every day she looked like a rabbit caught in the light. At times she looked like a statue. She still recognized all of us by name and we still had conversations with her. The morphine was still every 8 hours then 6 hours then 4 hours. She was cooking up. So red and boiling hot we had to get an industrial fan to cool her down. The days before she passed the doctor decided nil by mouth. We cried with her and for her as this seemed so inhumane. Now only the morphine and the drug for her breathing.

She knew what was going on, even though the doctor said unresponsive. She kept asking “I am dying, aren't I?”

When she couldn't talk her eyes did her talking, when an aide came in that she loved her eyes lit up. She wasn't silly.

On the 15th of February I received a call at work to say that mum had very little time left, so I went to see her. We were all there with her. Each day got harder and harder as she was getting so cold and statue-like. I cried with her and for her, she would have hated that. She was delusional at times over the last days, trying to touch something on the ceiling and to get up. Mum was so scared, the lady in the next bed said mum was calling out for "Billy", my dad, to come save her. This amazed us.

On her last night we were talking to a corpse, and the doctor again said unresponsive, but he was wrong. When I walked in her eyes lit up. She was white, like ice and so rigid. I left about 11pm. A sister from the home was sitting with mum, she rang and said mum had passed just after midnight. We all went back and sat with mum until a doctor came at 7am. The sister said “This has been so long and agonising for all of you. I am so very sorry.”

More thoughts of the morphine, was it making her passing easier? Making her more comfortable? I don't think so, she slept a lot, and it took her ability to talk to us away. Her eyes were pleading with us, she was so scared.

This just wasn't mum; she wanted to die like her mum. Nana walked out front door and had a heart attack. She was angry at times, she was frustrated. It was 32 days of torture for us and her, such mind games.

I have told my children that I never want this to be me. I want to die with dignity and respect, which I felt was taken from mum.