Uncertainty doesn't agree with me. I like to plan ahead, but there are only some things we can control. I may have five years, ten, or perhaps, twenty years to live. 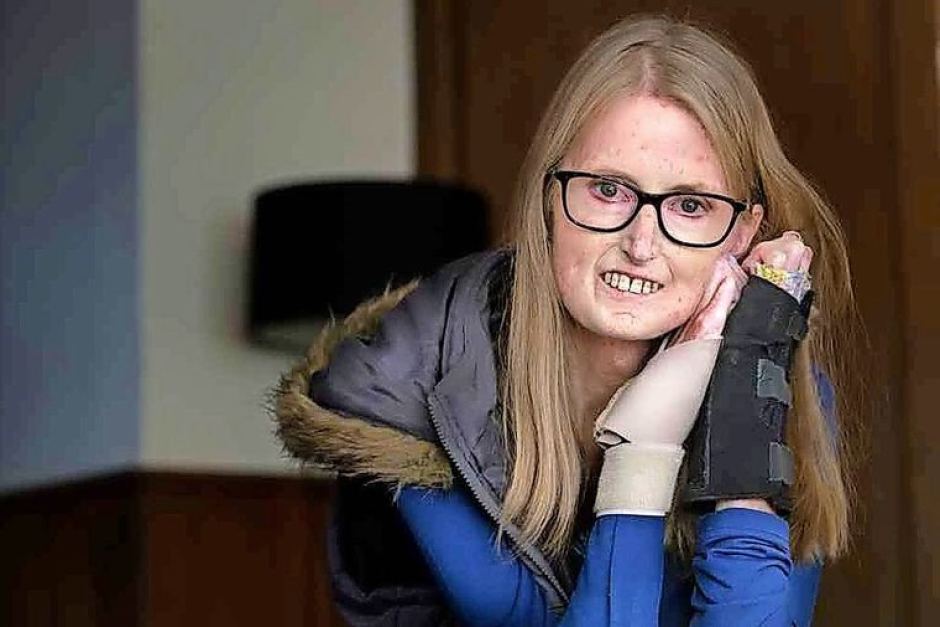 I'm 45 and I have a progressive autoimmune disease called Scleroderma. It slowly damages my organs, especially my lungs. Slowly, over time, I become more out of breath with, a constant reminder and that sooner or later, my lungs will no more support life. I had a close call last year – both lungs collapsed and I was saved by extensive surgery, but there is no stopping the downward progression.

In the early years my prognosis was very poor – considered to be less than five years, so I started preparation for a very early death, but I think my nursing experience, as well as the support of family helped get me through to where I am today. Still with an uncertain prognosis and health declining, I'm stable enough to be able to tell you a little of my story and how 19 June, 2019 changes my life.

From that date, terminally ill Victorians finally have the choice at the very end of their lives to request assessment for Voluntary Assisted Dying (VAD).

My condition is a rare autoimmune disease, which causes fibrosis and scarring of all of the connective tissues of the body including skin tendons and ligaments and all the stringy bits of us that hold us and our vital organs together.

Perhaps you can imagine what that might feel like. Hard skin that won't stretch and limits my range of movement. Severely deformed hands and toes. Hard but brittle lungs which struggle to expand and exchange gases through thickened tissues. Just going to toilet or eating causes me shortness of breath. I have a gut which doesn't absorb nutrients well and causes weight loss and malnutrition.

Ultimately, the ways I am likely to die include slow lung failure (unable to breathe), starving (unable to receive sustaining nutrition), or slow heart failure. I have significant disability and chronic pain and live with day to day help from my mother.

I also watched my father die a horrific death from brain cancer. I felt helpless watching him writhe in pain in hospital despite what was described as ‘terminal sedation’. He was never fully sedated in his last 10 to 14 days – always visibly and audibly in distress. He lost the ability to communicate several weeks before he died, lost the ability to take food or fluids for at least the last week and was not offered any nutrition, oral or intravenously. This nightmare has stayed with me.

For me, access to VAD assessment allows me to connect in a more meaningful and caring way with my own fragile, crumbling body.

I’m still reminded constantly that my body is letting me down, but I know when my body is telling me that it finally can no longer support life, I will have the choice to take control and put an end to my suffering on my own terms.

This is a profound freedom of choice for a government to enable for its citizens.

Access to assessment for assisted dying, a gentle death, gives me a new peace of mind; that I won’t have to die a long slow traumatic death by slow suffocation or starvation.

I may not need to use the voluntary assisted dying medication, but just knowing it is at hand will make it easier for me to breathe with much less fear and anxiety.

If/when I am in intolerable suffering which cannot be relieved, assessed as eligible, and I have life-ending medicine nearby, I will have the comfort of control and choice over when I am ready to end my suffering.

Many people are frustrated that assisted dying laws may only be created on a state-by-state basis, not as a federal law, to allow access to the vast majority (over 80%) of Australians who support such a choice. Go Gentle Australia and other lobby groups continue to work on our behalf with all states and territories to enable choice for all.

There are a small number of lobbyists who oppose VAD. Largely religious, well financially resourced, who have the ear of the politicians who vote on these laws on YOUR behalf.  Some politicians are influenced by this small but noisy group. Some politicians who purport to represent YOU may vote according to their own conscientious objections, or can feel it is electorally risky to support VAD, despite it being commonly accepted that the majority of constituents support such laws.

That’s where you and I come in. If you wish to have this choice for yourself and your family then you need to SPEAK UP and help bring some balance to the debate in each state and territory as they consider a new law.

Go Gentle Australia can help guide you on how to lobby your State MPs and your Health Minister. For the most part it is a matter of writing straightforward, concise letters.

I encourage you to sign up to the Go Gentle Australia newsletter and learn more about how you can join the fight for freedom of choice for dying Australians.

Thank you for listening to my story.