Federal Parliament has taken the first steps towards restoring the Northern Territory and the ACT's self-determination on voluntary assisted dying laws. 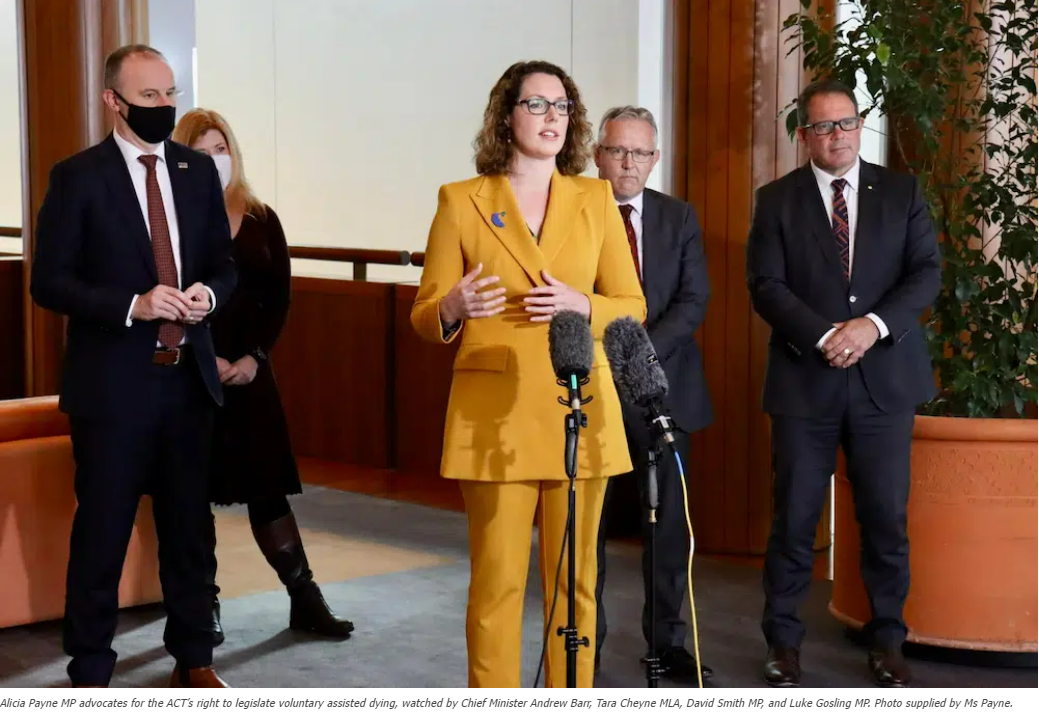 The Member for Solomon Luke Gosling (NT) and the Member for Canberra Alicia Payne (ACT) introduced a private members bill in the House of Representatives today (Monday 1 August).

The Restoring Territory Rights Bill 2022 aims to overturn the 25-year ban on the NT and ACT from debating and passing their own Voluntary Assisted Dying laws.

The right to self-determination on the issue was removed by the federal parliament in 1997 a year after the Northern Territory introduced its world-first voluntary euthanasia law.

The Howard government-era intervention has meant the Territories have been unable to debate or pass their own VAD laws even though all six Australian states have now passed similar laws.

The current bill goes to the territories’ power to enact such laws – it does automatically make VAD legal in the Territories. That is entirely a matter for the NT and ACT parliaments.

Personally opposed to assisted dying, Labor backbencher Mr Gosling said the bill should not be seen “as a vote by proxy for or against voluntary assisted dying”.

“We are simply righting an old wrong and ensuring that all Australians have equal democratic rights.

“For too long citizens in the Territories have been treat like second-class citizens.”

Ms Payne told parliament: “Those in the states may not have had cause to think about this much before, but for Canberrans and Northern Territorians, this is personal and this is urgent. This is an incredibly important debate that we are not allowed to have, simply because of where we live.

"It is well past time that we had the same rights as those across our borders to debate this issue. I do deeply respect the views on either side of the discussion. I know that many of my colleagues I’ve spoken to may not support voluntary assisted dying but they do support our right to have the debate.”

The Albanese government has pledged to ensure the bill is given enough time for debate and a vote in the House of Represenatives is likely this week.