Queensland has become the fifth Australian state - and the third this year - to legalise voluntary assisted dying. 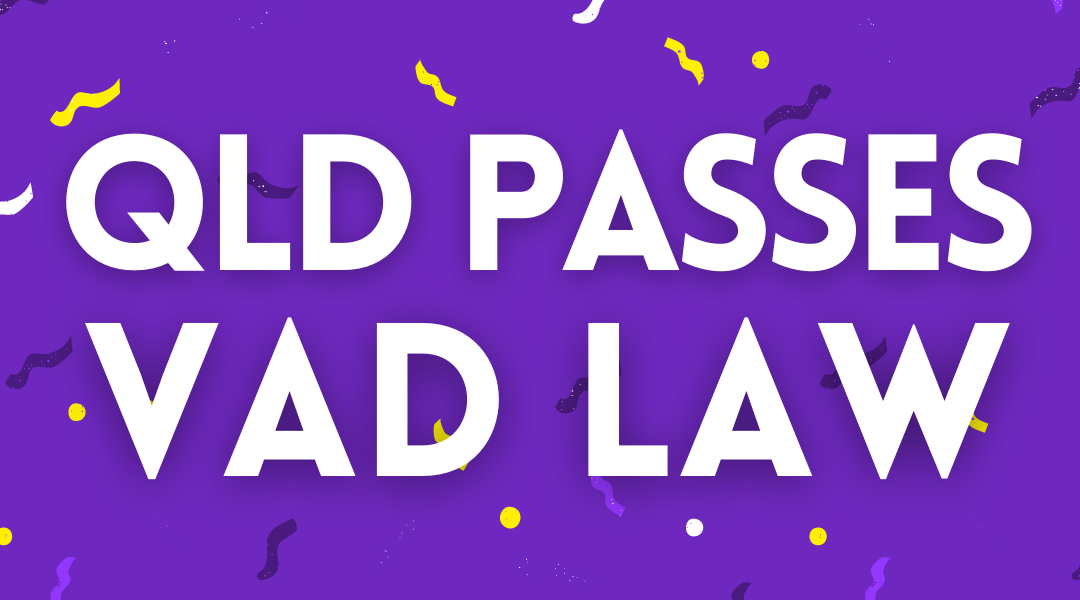 Parliament voted to pass the Voluntary Assisted Dying Bill 2021 into law without amendment, 61 votes to 30.

The law now heads to the Governor for royal assent. It will come into effect in Jan 2023.

The law allows adults who are diagnosed with a terminal illness that will end their life within 12 months, and who are suffering in a way that is intolerable to them, to seek medical assistance to hasten their death. Two independent doctors must assess the eligibility and mental competency of applicants and that they are acting free from coercion.

Queensland’s success leaves NSW as the only state not to offer its residents this compassionate end-of-life choice. Australians living in the ACT, Northern Territory and Norfolk Island are also denied VAD by the Australian government.

The Queensland Parliament’s emphatic endorsement of VAD follows three years of inquiry and public consultation, including a parliamentary inquiry, the Queensland Law Reform Commission process and scrutiny by parliament's Health and Environment Committee.

Go Gentle Australia applauds everyone who made this moment possible 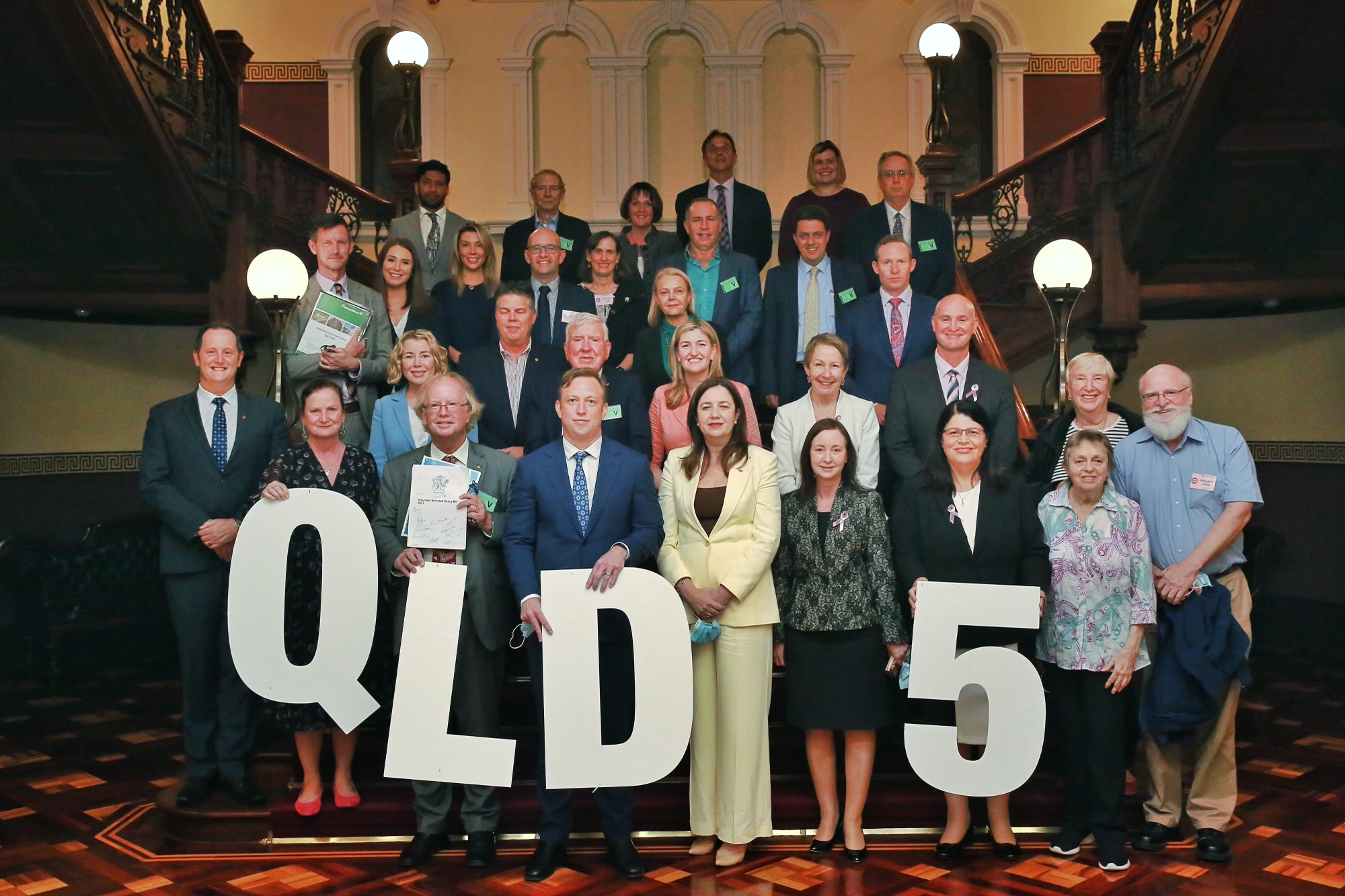 Most importantly, we pay tribute to the community advocates who campaigned for this law, sometimes over decades.

This historic moment particularly honours those who are no longer with us, but whose courageous advocacy was instrumental in changing MPs’ hearts and minds. 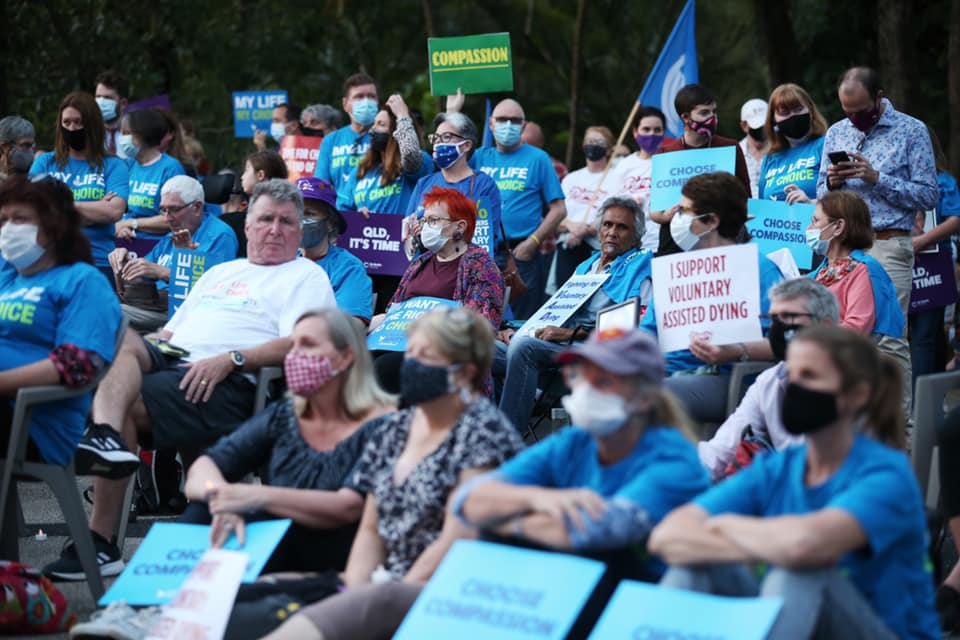 We congratulate everyone for the respect shown on all sides of the debate and the reliance on evidence to formulate public policy.

While the Queensland law is based on Victoria's landmark Act and continues the emergence of an 'Australian model' for assisted dying legislation, it has further improved on existing bills. Significantly, it allows doctors to raise the option of VAD with patients, extends the time-to-death provision to 12 months, and perhaps most importantly, defines the parameters within which faith-based institutions can block access to VAD for people in their care.

Go Gentle Australia's time spent speaking with MPs, our leadership of the QLD4VAD Alliance, a dedicated advertising and social media campaign and our evidence-based resources, including the Better Off Dead podcast, were central to the Bill's success.

17 million Australians now live in a state with VAD laws

But we won't rest until all of us have access to compassionate and humane choice at the end of life.

A VAD bill is soon to be tabled in the NSW parliament and a bill is before the Australian parliament to give back to the Northern Territory the right to pass VAD laws.

Help us change the law across Australia. Click here to donate today.