Watching dad suffer confirmed everything I knew about VAD

When Dad died, writes Susan, I was relieved his suffering was over. Had Voluntary Assisted Dying been legal in NSW, his end of life could have been totally different. 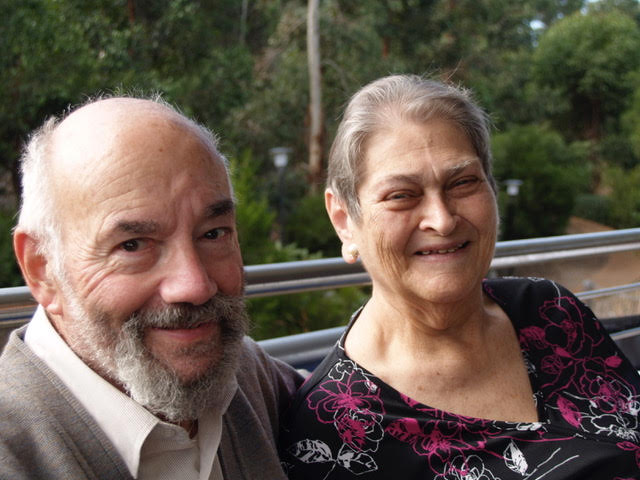 My Dad Harry would have been 90 years old in 2021. As a child born in England in 1931, he was separated from his parents for several years as an evacuee during the Blitz.

Eventually, at age 17, he came to Australia with his parents and sister, on a plane that made several stops to refuel. After dropping them safely here, the plane crashed on the way back—an event that might make a person feel he’d been spared for a reason, but Dad carried no such view of himself. His humility always remained an essential part of his character.

A wonderful husband and father, he was present for every school concert, performance, and graduation. He was patient and calm, even when put to the test in teaching me to drive!

While family, of course, was Dad’s first love, orchids were a close second. For some 60 years, Dad bred and grew his beloved orchids—his favourites being the Australian natives. The ones he bred from scratch, he named after his wife, the children, and other family members. He would win prizes—trophies, ribbons, and certificates—but, never one to boast, he wouldn’t mention a thing about these awards and accolades. Considering it could take up to 6 years for a flower to develop, this pastime took tremendous patience, perfectionism, and persistence.

Dad was someone who enjoyed life. However, what he endured in his final year made this a challenge.

Dad suffered from multiple organ failure, a major heart attack, severe diabetes, blood clots in his lower limbs that caused his legs and scrotum to swell to twice their size, arthritis and severe constipation caused by multiple medications. In North Shore Hospital in Sydney, following a skin graft caused by a fall, dad had a major issue with his heel that caused him enormous pain. He wore finger stalks and arm covers to protect his skin because it tore so easily. His skin was black and blue. Dad never complained until the last two months, when he sometimes became uncharacteristically angry whilst sitting on his swollen limbs and asked me why he had bothered to get heart surgery decades earlier that had prolonged his life.

His last three months involved me running to find a registered nurse to administer pain medication that he required every four hours. If he had to wait more than three or four hours, his body twisted in pain. During these last months he laid in a soft chair for bedridden people because could not lie down. His toileting involved him being placed in a sling, naked from the waist down and moved onto a toilet. This manoeuvre caused him enormous pain and robbed him of his dignity.

Many times, he told me about his embarrassment and shame because of the young nurses who had to deal with his bodily functions.

Dad believed in voluntary assisted dying and did not want his life prolonged. His aged care facility was aware of this and made dad as comfortable as possible. Unfortunately, the palliative care administered did not take away his pain.

We said he used 10 of his 9 lives, having suffered a major heart attack and countless other ailments alongside, but persevering without ever complaining until the very end of his life, when he’d simply had enough. Dad’s life ended when my highly distressed mother pleaded with his doctor to do something to end his suffering. In those final days he seemed so peaceful until finally the end came.

When Dad finally died, it was a relief and I told my family and friends that he had no more pain and that his suffering was finally over. His life came to a close in the midst of the great plague of our own era, which he certainly would have faced with his characteristic calm and level-headedness.

His death left us with the added plague of grief and sadness, but his life inspired kindness, stability, and memories.

I firmly believe that had the VAD laws had been in place, Dad’s death would have been completely different. Instead of dying a painful death alone, he would have been surrounded by his family, an orchid in a vase, chocolates on hand and Yma Sumac playing in the background. Surrounded by everything he loved.

Watching Dad suffering in his final months confirmed everything I knew about VAD. Since then I have written several letters to my local MP telling Dad’s story and have become a vocal advocate on social media. I support Go Gentle Australia and Dying With Dignity NSW. I sincerely hope that VAD laws pass in every state and territory in Australia so that dying people have a choice at the end of their lives and don’t have to suffer as my darling Dad did.
Share
Filter:NSW